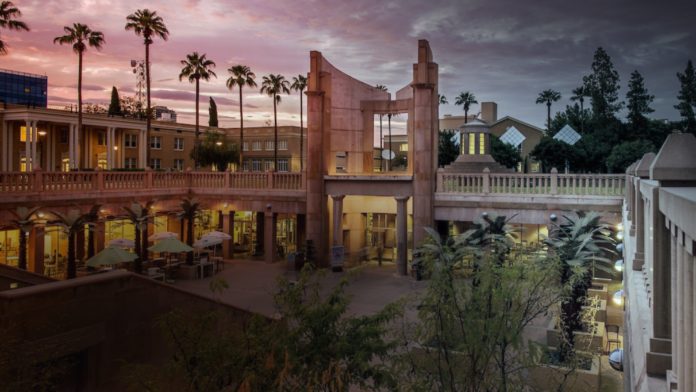 According to a Chabad of Arizona State University (ASU) email forwarded along to The Daily Wire earlier today, the on-campus ASU Jewish community experienced a horrific act of anti-Semitism earlier this week. Worse still, this latest flare-up seems to be part of an ongoing troubling trend.

“The current semester has brought some alarming events with it,” the email from Rabbi Shmuel Tiechtel begins. “In the past months the State Press has printed multiple articles supporting the Antisemitic BDS movement. Horrible Antisemitism flyers were distributed on campus. And then there was the incident [on Wednesday night].”

The email from Rabbi Tiechtel went on to explain the details of a terrible interruption of an event from earlier this week at ASU that honored wounded veterans of the Israel Defense Forces (IDF). The protesters — who, to once again emphasize, deemed it fit to protest an event honoring wounded IDF veterans — apparently spewed anti-Semitic, Jew-hating vitriol in an attempt to harass students  and possibly shut down the event in its entirety.

“We were hosting a special event together with Hillel, JAC, Students Supporting Israel and Stand with Us which featured Dor Moguiliansky and Aviv Yasmin Bar, two wounded IDF veterans who were going to share their stories. Before the event began, approximately 80 anti-Israel protesters sat in and blockaded the room where our event was supposed to be held and were screaming against Israel,” the email continued.

“Campus police asked us to move to another room in the [Memorial Union]. We went to the other room but those who espoused hate and anti-Israel slogans followed and tried to disrupt the event once again. ASU police had to stand guard at the door the entire event to make the Jewish students feel safe. Understandably, the protests caused many Jewish students to feel uncomfortable, many Jewish students felt intimidated and if not for the ASU police presence there, they would not have felt safe,” Rabbi Tiechtel wrote.

The incident brings to mind a similarly vile IfNotNow protest of an Austin, Texas on-campus Chabad house-hosted Shabbat service from this past February, which The Daily Wire covered at the time. The Chabad Jewish Center at the Univeristy of Texas-Austin described the affair in a blog post:

A small group of students and young adults affiliated with [IfNotNow] decided it was a good time to protest a guest speaker, who was going to speak at our center later in the day: A sweet and soft-spoken IDF soldier.

Shockingly, these protesters spoke to my young children and gave them flyers. They also videotaped and photographed us on Chabad property, something which is traditionally prohibited on Shabbat for religious reasons. All of this didn’t happen during any speech, but during Shabbat morning prayers.

I’m not against protests, even if I disagree with the cause. But on Shabbat — during prayer services — really? There’s a time and place for protests. It would have been nice to see them show some respect while claiming to advocate dialogue, because there is none without the other.

It reminded me of a fringe religious group, who were very active a few years ago, and would find the most inappropriate times to demonstrate. They didn’t make any friends, but cruelly garnered a lot of media attention.