Al-Shabab Kills Three Americans in Attack on Kenya Military Base 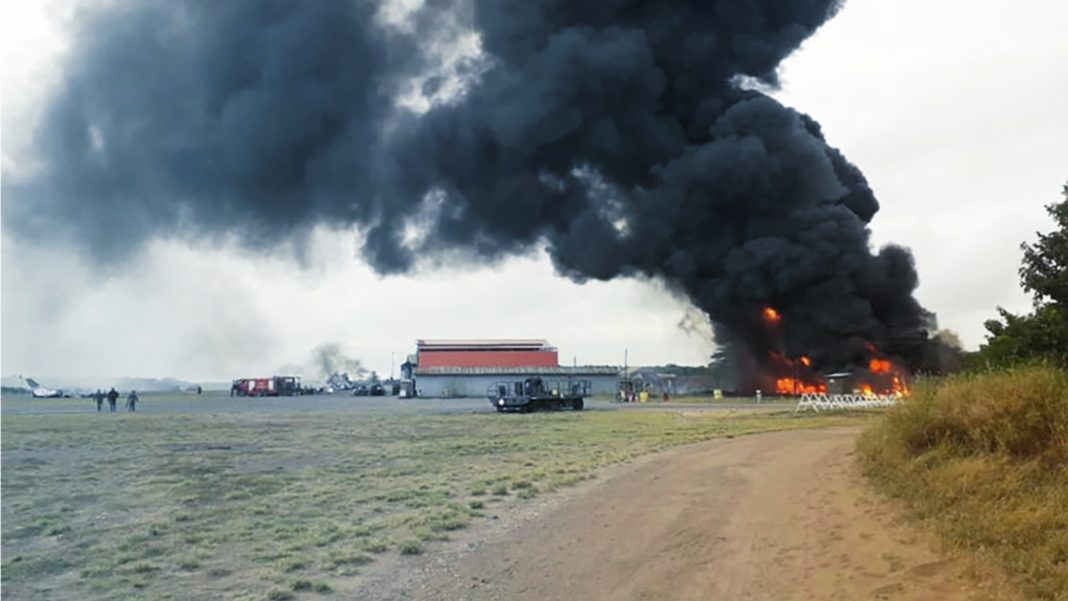 A U.S. servicemember and two American contractors for the Pentagon were killed at the Kenya Defense Force Military Base used by U.S. forces Sunday after a pre-dawn attack by the al-Shabab extremist group, officials said.

In addition, two “Department of Defense members” were wounded but stable and crews evacuated them from the airfield, U.S. Africa Command officials said without elaborating on the injured. They said six contractor-operated civilian aircraft suffered damage in the attack.

Five militants from the terror roup, which is linked to Al Qaeda, were killed in the attack, according to Kenyan military officials.

U.S. Africa Command said the attack on the Manda Bay compound, which U.S. forces have used to train African servicemembers and protect U.S. interests in the area, involved “indirect and small arms fire.”

“After an initial penetration of the perimeter, Kenya Defense Forces and U.S. Africa Command repelled the al-Shabab attack,” the statement said.

Al-Shabab, based in nearby Somalia, claimed responsibility for the attack. It marked the first known al-Shabab attack against the U.S. in Kenya, a key base for fighting one of the world’s most resilient extremist organizations.

The attack did not appear to be in response to growing tensions in the Middle East following the U.S.-led airstrike at Baghdad International Airport that killed Iranian Gen. Qassim Soleimani, head of the Islamic Revolutionary Guard Corps’ (IRGC) elite Quds Force, early Friday.

A large plume of black smoke rose above the Kenyan airfield after the attack and people living in the area said a car bomb had exploded. Lamu County Commissioner Irungu Macharia told The Associated Press that five suspects were arrested and were being interrogated.

Al-Shabab has launched a number of attacks inside Kenya, including against civilian targets such as buses, schools and shopping malls. The group has been the target of a growing number of U.S. airstrikes inside Somalia during President Trump’s administration.

The latest attack came just over a week after an al-Shabab truck bomb in Mogadishu, Somalia, killed at least 79 people and U.S. airstrikes killed seven al-Shabab fighters in response.