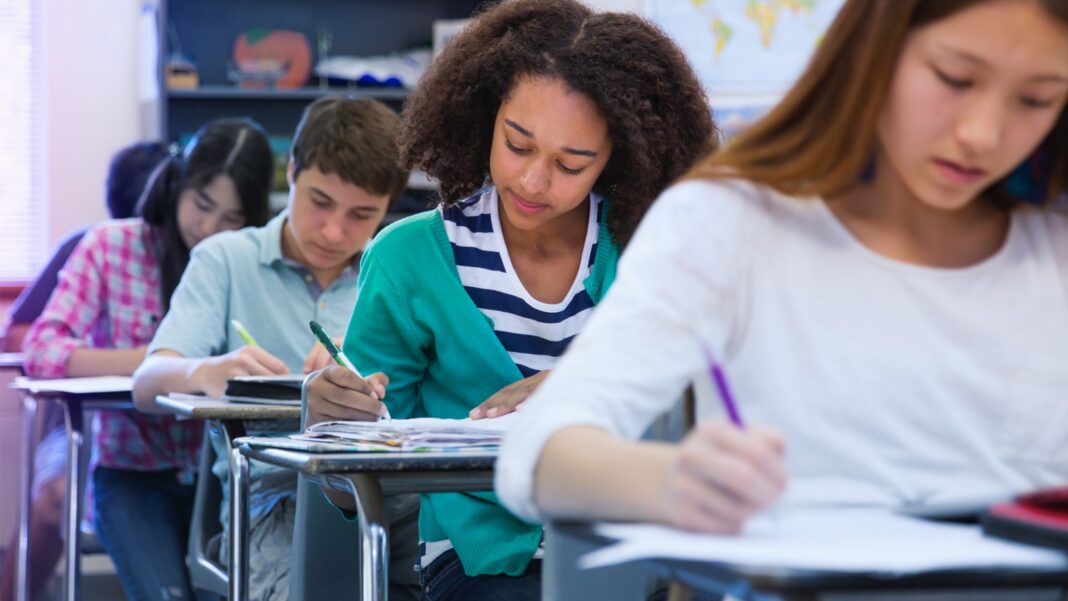 Parents in Tacoma, Washington were furious to find out that a teacher distributed a flyer to 8th graders outlining their rights to having an abortion without parental consent.

According to The Post Millennial, students at Stewart Middle School received the handout during science class. It points out that they can get an abortion “at any age” and “do not need to get permission from a parent or guardian.”

Eric Hogan, assistant director of secondary education at Tacoma Public Schools responded to the irate parents by reassuring them that the flyer was “not part of our curriculum and should not have been sent home with students.”

Hogan said Planned Parenthood had previously taught at the school and provided the flyer which was handed out to students.

“We discovered a binder of curriculum materials was left behind for an incoming teacher to use for this year, and the flyer was in the binder,” he explained. “To ensure this does not happen in the future, we have removed any un-approved materials and informed our teachers and administrators to ensure they have a clear understanding of what is included in the approved curriculum.”

The teacher responsible for passing out the material was reportedly unaware that it was not approved and “corrective action” had been taken.

And Hogan stressed that Planned Parenthood is no longer giving presentations within their schools.

Other disturbing details printed on the flyer emphasize that it is not a crime if you are:

Last year Washington State’s House and Senate passed a K-12 new “comprehensive” Sex Education bill. Though the full implementation is to take place in 2022-2023, the changes began for grades 6-12 in 2021.

Critics such as Ken Ham, argue the new curriculum guide should be called “The Child Abuse Curriculum.”

Resources are recommended from groups such as Planned Parenthood and promote homosexual sex, gender modification, abortion, and other various sexual depravity.

“Now what we’re really seeing here is a deliberate attempt at indoctrinating children,” Ken ham explained. “This agenda is being pushed by Planned Parenthood. So, I’m sure this “comprehensive” sex-ed curriculum won’t include the biblical definitions of gender, marriage as between one man and one woman, and sexual purity before marriage.”

Ham in his article discussing the dangerous Bill, further stated:

With Planned Parenthood and other sexually liberal organizations driving this agenda, you can guess where the emphasis will be. As a former Republican candidate for state senator told the Christian Post in an email interview, “Planned Parenthood benefits when teens and young adults get contraceptives, sexually transmitted infections (STI) testing, and abortions from them.”

As Christians and citizens, we need to stand against this sexualization of our children. And as parents, we need to instruct our children with the truth of God’s Word and what he says about marriage, gender, and sexuality (with age-appropriate counsel). We also need to keep these issues in prayer before our Lord daily.

As I’ve said many times before, much of public education has become—or is quickly becoming—the church of secular humanism (atheism).