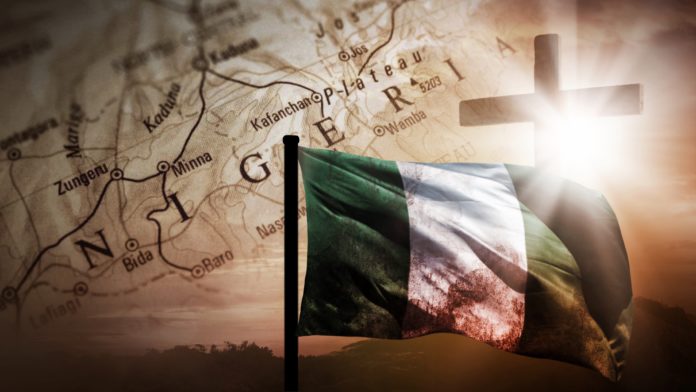 Muhammadu Buhari, the Muslim president of Nigeria – who reached that position in part thanks to former US President Barack H. Obama – continues to fuel the “genocide” of Christians in his nation, according to Nigerian Christian leaders.

Most recently, Father Valentine Obinna, a priest of the Aba diocese of Nigeria, attributed the ongoing slaughter of Christians to the planned “Islamization of Nigeria”:

“People read the handwriting on the wall. It’s obvious. It’s underground. It’s trying to make the whole country a Muslim country. But they are trying to do that in a context with a strong presence of Christians, and that’s why it becomes very difficult for him [Buhari].”

Nigeria is roughly half Muslim, half Christian. A 2011 ABC News report offers context on when and why Muslim anger reached a boiling point:

The current wave of [Muslim] riots was triggered by the Independent National Election Commission’s (INEC) announcement on Monday [April 18, 2011] that the incumbent President, Dr. Goodluck Jonathan [a Christian], won in the initial round of ballot counts. That there were riots in the largely Muslim inhabited northern states where the defeat of the Muslim candidate Muhammadu Buhari was intolerable, was unsurprising. Northerners [Muslims] felt they were entitled to the presidency for the declared winner, President Jonathan, [who] assumed leadership after the Muslim president, Umaru Yar’Adua died in office last year and radical groups in the north [Boko Haram] had seen his [Jonathan’s] ascent as a temporary matter to be corrected at this year’s election. Now they are angry despite experts and observers concurring that this is the fairest and most independent election in recent Nigerian history.

Between 2011 and 2015, Boko Haram – a jihadi group that committed ISIS-types of atrocities even before ISIS came into being — terrorized and slaughtered thousands of Christians, particularly those living in the Muslim-majority north. In 2015, Nigeria’s Muslims finally got what they wanted: a Muslim president in the person of Muhammadu Buhari. The violence, however, only got worse. Muslim Fulani herdsmen – the ethnic tribe from which Buhari hails – joined and even surpassed Boko Haram in their slaughter of Christians.

Between June 2017 and June 2018 alone, Muslim Fulani slaughtered approximately 9,000 Christians and destroyed at least a thousand churches. (It took three times longer for the Fulani to kill a fraction [1,484] of Christians under Jonathan’s presidency.) In just the first six months of this year, 52 lethal terror attacks targeting Christian villages occurred.

“Nearly every single day, I wake up with text messages from partners in Nigeria, such as this morning: ‘Herdsmen stab 49-year-old farmer to death in Ogan,'” human rights lawyer Ann Buwalda said in July.

Whenever the mainstream media touches on the violence wracking Nigeria, it repeats what Obama’s Assistant Secretary of State for African Affairs, Johnnie Carson, claimed after a church was bombed, leaving nearly 40 Christian worshippers dead on Easter Sunday, 2012.

“I want to take this opportunity,” Carson said, “to stress one key point and that is that religion is not driving extremist violence” in Nigeria.

“It’s tough to tell Nigerian Christians this isn’t a religious conflict since what they see are Fulani fighters clad entirely in black, chanting ‘Allahu Akbar!’ and screaming ‘Death to Christians.'”

“How can it be a [secular or economic] clash when one group [Muslims] is persistently attacking, killing, maiming, destroying, and the other group [Christians] is persistently being killed, maimed and their places of worship destroyed?”

In short, Christians are being targeted by Boko Haram and Fulani herdsmen because, to quote Fr. Valentine Obinna, President Buhari and his Muslim cabinet “want to make sure the whole country becomes a Muslim country,”

As the following quotes make clear, Fr. Obinna is not alone in accusing President Buhari of clandestinely fueling his Fulani clansmen’s jihad against Christians:

While acknowledging President Buhari’s role, the National Christian Elders Forum has been more direct concerning the ultimate source of violence in Nigeria:

Although Christians were only recently the majority of Nigeria’s population, the ongoing genocide against them has caused their population to drop – to the point that Christianity in Nigeria is, according to the National Christian Elders Forum, “on the brink of extinction,” thanks to “the ascendancy of Sharia ideology in Nigeria [which] rings the death toll for the Nigerian Church.”

Such is the current state of affairs: a jihad of genocidal proportions has been declared on the Christian population of Nigeria — and according to Nigerian Christian leaders, spearheaded by that nation’s president and his fellow Fulani tribesmen — even as Western media and analysts present Nigeria’s problems as products of economics — or “inequality” and “poverty,” to quote former US President Bill Clinton on the supposedly true source that is “fueling all this stuff.”