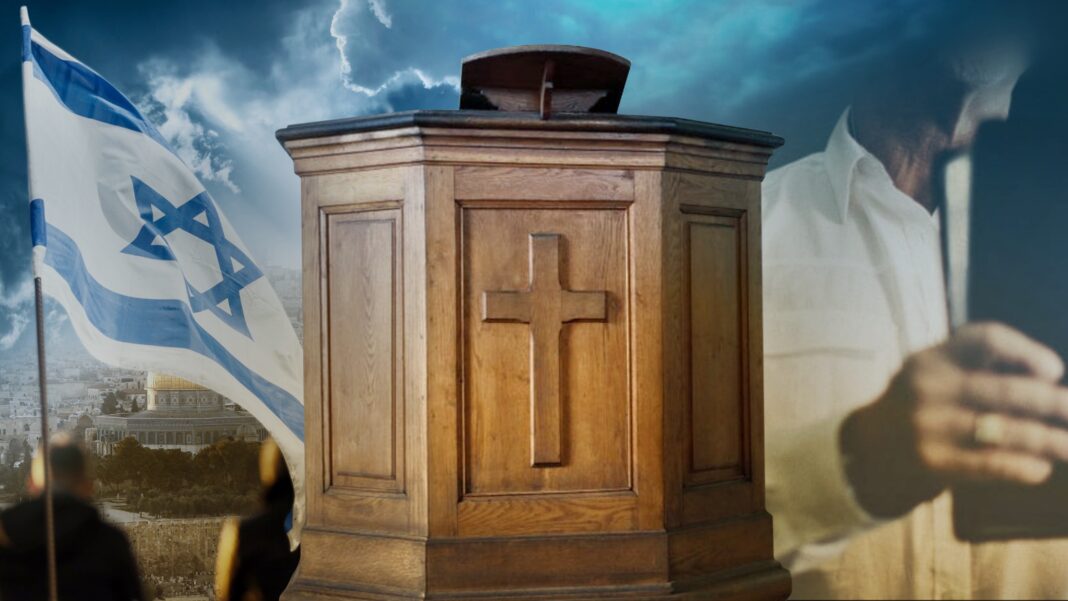 I recently did a Facebook/YouTube live presentation with my colleagues, Amir Tsarfati and Pastor Barry Stagner. It was titled “Doctrine Matters.” And indeed, it does! We considered a number of theologies that do not allow their followers to understand the times or become watchmen on the wall.

I thought I would summarize that discussion in this magazine format. Please understand that not every church in a particular denomination or stream of theology holds to some of this aberrant theology! A good illustration of this is many in the Assemblies of God are pushing back against Kingdom Now/ Dominion Theology, so prevalent in some Charismatic churches today. I’ll explain in a moment.

So, here’s a short list of theologies you might want to understand, and particularly if you are looking for a new church. I suggest you avoid any church that embraces:

Amillennialism: The Millennium Began at the Cross and We’re in it Now!

Tragically, almost all major denominations embrace this today. The Millennium is not literal, in spite of the fact that Revelation 20 says it is a thousand years multiple times. It’s not that they deny a Millennium; rather, they don’t believe it is literal. They believe that Jesus is sitting on the Throne of David in heaven, and that this present Church Age is the kingdom referred to, over which Christ reigns.

To the Amillennialist, nothing is taken literally. Jesus is never going to rule from Jerusalem. There is no special role for modern-day Israel. Her rebirth is of no significance. The Church is the new Israel (Replacement Theology.)

To embrace this is to call into question God’s desire and/or ability to keep His promises, and this opens up a host of other theological problems. For example, if God would renege on His promises to Israel after proclaiming those promises to be “everlasting,” how could we be sure of anything He promises, including the promises of salvation to believers in Christ?

Mankind does not have the ability to improve a decaying, sinful planet! But try to convince people who embrace any of the above theologies because they believe the Church can, indeed, bring Heaven to earth. Is this delusional? Perhaps. Jesus Christ cannot even return until we clean up the planet physically, spiritually, and politically, they teach!

The command in Genesis 1:28, to take dominion over all things, has nothing to do with creating perfection on a stained planet!

We cannot bring Heaven down to earth even though that is the message that is screaming at those who visit the website of Bethel Church, Redding, CA. The Bible says everything will deteriorate as we move further into the end-times, and apostasy will rage in the church. The love of many will grow cold (Matt. 24:12). People will primarily focus on self and money (II Timothy 3).

Many, but certainly not all Pentecostals embrace one of these similar theologies. Thanks to the church, things will keep getting better! Glory days are ahead!

Instead, society will so decline that a “man with a plan” known as the Antichrist, will have to step up to the plate and try to save everything.

These theologies are not really interested in the nation of Israel as their single focus is using the Church to perfect the world. Those caught up in any of these belief systems will never be able to understand the times!

Preterism: It Already Happened and Who Knew?

This is one of the strangest theologies ever! All prophecy is history. It happened in 70 A.D. The Tribulation was the sacking of Rome and Nero was the Antichrist. There is no relevance to the rebirth of modern Israel. Some branches of Preterism even believe Christ returned “in spirit” in 70 A.D. and that’s it. It’s all over. A Parial Preterist would believe in a Second Coming.

Two prominent Preterists include Hank Hanegraaff and R.C. Sproul. Hanegraaff has misled millions who listen to his call-in radio program. He seems to constantly be at war with popular Dispensationalists like Dr. Tim LaHaye and Hal Lindsey. His belief system causes him to make inflammatory remarks that come close to anti-Semitism.

No Preterist can possibly understand our crazy days!

Reformed Theology: The Rapture? What’s That?

There are many popular teachers today who embrace Reformed Theology but very few of them will be able to make sense of our times. Reformed scholar Dr. John Piper says, “The promises made to Abraham, including the promise of the Land, will be inherited as an everlasting gift only by true, spiritual Israel, not disobedient, unbelieving Israel.”

His Replacement Theology, or the Church is the new Israel, will blind many of his followers to the truth of what is happening on a daily basis! This kind of teaching causes evangelicals to abandon Israel and become pro-Palestine and even pro-Hamas. After all, they conclude, Israel has no right to the land!

Reformed blogger, Tim Challies, says he rejects the concept of the Rapture and says he will always hold to the fact that Satan is bound right now so he will cling to his Amillenialism. There is no coming Millennial Kingdom.

The Reformers got a lot of things right but they collectively got eschatology (Bible prophecy) very wrong!

Some ten years ago, Dr. John MacArthur scolded his Reformed brethren at his annual conference and asked them if they had ever met a Hittite? He reminded them that today there are several million Israelites and please adjust your glasses to see that this has huge significance for the believer trying to understand the times! Without MacArthur’s perspective, nobody embracing Reformed Theology will properly understand our times.

Though it’s mocked and scorned, it is the biblical truth and the only theology that will allow you to understand the times, contend for the faith, and become a watchman on the wall! Some just call this “Left Behind” theology, based on the Tim LaHaye book series of 15-20 years ago.

The key word here is “literal.” It teaches a literal Rapture, Tribulation, Antichrist, and Millennium. It fully understands the important role of Israel and her miraculous rebirth in 1948. It predicts that the church, right before the Rapture, will be Laodicea—riddled with heresy. It does not promote an end-time revival other than during the Tribulation, at which time untold millions will come to salvation through the 144,000 Jewish evangelists and the Two Witnesses.

Jesus Christ will return at the Second Coming to save mankind and to save the earth. He will install one thousand years of perfect government. This will be followed by the New Heavens and New Earth.

Because space is limited, I had to limit this discussion, but I hope this helps. If you are church shopping, all of these issues are relevant for you! Today, many churches and denominations will lead you astray thanks to these flawed theologies.

Thankfully, there are some who refuse to buckle to false theology and reject the aberrant, having a love for the truth! May their number increase! Our times will continue to get crazier and people will desperately search for some answers. But because so few churches actually embrace theological truth, the sheep just wander from church to church trying to find one that will help them cope during these last days.