When a Man Wins a Women’s Beauty Pageant, What Does God Think? 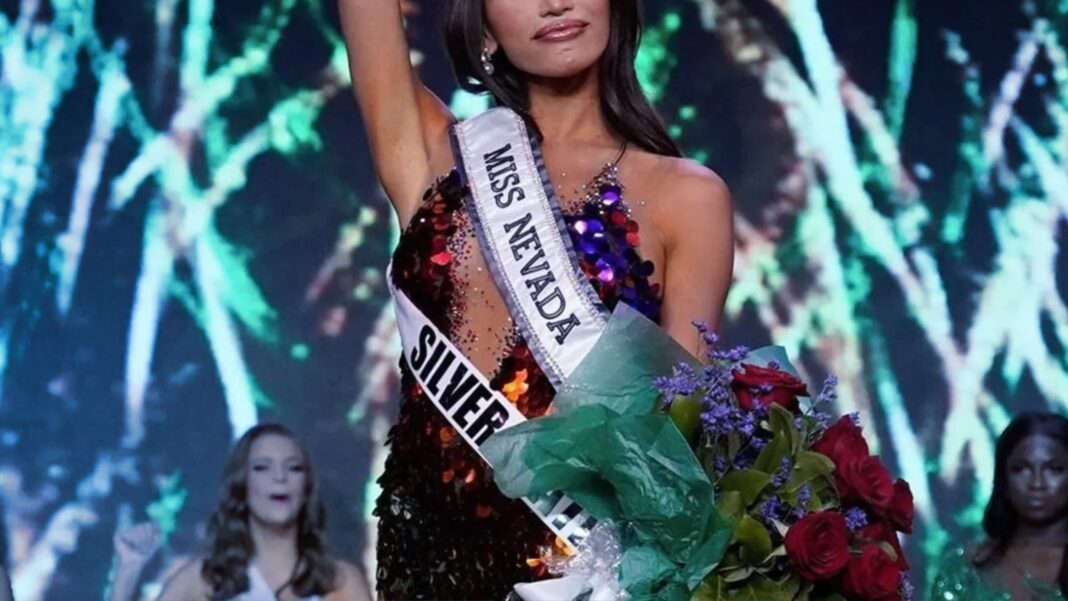 They’re calling it “a historic moment in beauty pageants.” Hollywood, the media, and the left celebrated the victory when Sunday, a biological male was crowned Miss Nevada USA and is now headed to the Miss USA pageant.

A Las Vegas reporter put it this way: “…28 year-old Cataluña Enriquez beating out 21 other women to win the state title…”

Understand the pressure young people must feel as society conforms to godless moral relativism by rejecting truth and rebelling against the only living God. I talked with a concerned mom yesterday and she said today’s children will never know what it’s like to grow up without the normalization of all things LGBTQ.

That’s not all he is redefining. How about truth? Man cannot reassign what God designed! I thought one motto of the left is “follow the science.” Are they in denial on this issue?

The celebration of depravity and calling evil good reflects a deeper problem: rebelling against a holy God and denying His creation. And the brainwashing has reached a toxic level in our culture. This is what communist nations do; non-stop propaganda until public opinion changes and people surrender.

But Christians should not be going along with worldly behavior. The word of God states: “do not conform to this world but be transformed by the renewing of your mind. (Romans 12:2) The Bible often warns about being deceived, and says make sure that, “no one takes you captive through philosophy and empty deception in accordance with human tradition;” (Colossians 2:8)

Serious question: who do you believe? God, the Bible, and biology – or man, the liberal media, and the secular progressive Left?

The news report continued saying “Kataluna started transitioning at 14, battling thoughts of suicide while finding herself…” After winning, Enriquez talked about self-love, believing in yourself, and called the experience, “a celebration of womanhood and diversity and… being your true self.”

So, the person God made was a false self? No wonder kids today are confused!

When will we see more reports on the anguish, the damage done to children, the psychological carnage, the increase in severe mental health issues, and even suicides?

I asked someone who knows first-hand how damaging this path is because Laura Perry is a former transgender who had the surgeries, took the hormones, and changed her name to Jake. Today she has been set free by the power of Jesus Christ.

She told me how tragic it is that, like so many people who identify as transgender, Kataluna Enriquez admits to having suffered from sexual abuse and mental health issues in his childhood. Perry states:

Rather than helping him receive the counseling and therapy that he needs to heal from the abuse, the Miss Nevada pageant is feeding his delusions that will only increase his mental health issues. In addition, fear of being accused of transphobia has caused companies and organizations to prefer trans individuals. This unfair treatment of contestants, potential employees, and others denies the same equal opportunity to compete fairly.

The worst consequence, however, is that this behavior is being normalized and glorified to an entire generation of young people. What looks glamorous on television and in the media does not portray the real picture of the mental torture of trying to live in an identity that is not real.

Laura has been a guest on my podcast several times and she is one of many voices of truth – suppressed by the left – who can speak clarity into the chaos we’re witnessing.

What would our grandparents or America’s founders think about today’s society? The newly crowned Miss Nevada USA – Kataluna Enriquez – is the first transgender person to ever win the pageant title. This means for the first time ever a biological woman will not be representing the state of Nevada in the Miss USA pageant later this year.

How humiliating, not only for those beautiful young ladies to have been beaten by a man wearing a rainbow dress, but for women nationwide. They see the politically-correct writing on the walls of the workforce, corporations, beauty pageants, sports, and now even the Olympics.

What is the logical end to this madness? Many are saying this is all about inclusivity, pride, diversity, equity, and representation. Others say it is really about putting biological women in their place; second place, third place or worse.

Most of us know that the transgender “T” in LGBTQ, was custom-built into the agenda. The left waited patiently for the right time to unleash it culture-wide. That time is now.

You can thank Oprah for promoting the fiction of the world’s first so-called “pregnant man” in 2008. You can thank Caitlyn Jenner for changing his name from Bruce, who by the way, won the Olympic Decathlon in 1976. You can thank Hollywood, government schools, mainstream media, and of course, the Democrat Party.

You can also thank major publications that were trustworthy just a few decades ago such as National Geographic Magazine. In 2017, they revealed their allegiance to this humanist agenda by its child exploitation and promotion of sexual confusion.

“The best thing about being a girl is, now I don’t have to pretend to be a boy.”

According to Avery’s mother, he became depressed and angry after age three, but the “darkness lifted” when the child put on a princess dress.

National Geographic editor writes, “beliefs about gender are shifting rapidly and radically.” But wait a minute; just because people’s opinions and beliefs are constantly changing and moving, does that change the truth?

Another former transgender, Walt Heyer said that Nat Geo issue was a glossy reminder of the brokenness of transgender ideology. Heyer emphasizes the point that even when they are affirmed, accepted, and loved (like today’s society is generally doing), transgender individuals remain traumatized even after surgeries.

Many attempt suicide, “which indicates that the issues they struggle with run deeper than a change in gender identity can rectify.”

In Heyer’s book Trans Life Survivors, “Michael” confesses this ugly truth that he tragically realized after what was supposed to be his gender-confirmation surgery.

“The problem is, you know, when this disgusting thing consumes your life, you’re not open to hearing “the truth.” All I saw was the websites, videos, and ‘girls’ in the streets of Bangkok telling me how pretty I was going to be.”

Some doctors refer to transgenderism as “a contagion of mass delusion.” Laura Perry, Walt Heyer, and thousands of others agree. Heyer contines:

“But for me, one who was restored after living for eight years as a female transgender, the cover photo is a sad and painful reminder of a lost childhood, a family ripped apart, and a marriage that did not survive.”

“I turned to Christ and away from transgenderism. I wanted to be obedient to the Lord. Obedience is giving up what I want in order to live the life Christ wants. I had to stop living in defiance of God and stop demanding that the church, God, and everyone else make accommodations for my delusions. Demanding that people use my preferred female pronoun name was childish.”

The only way a person can truly be free and break the bondage of sin is to acknowledge their Creator, that they are not God, to recognize they need a Savior, and repent of their sins. Only then can a person experience true forgiveness, freedom, and lasting peace.

John 8:31-32 KJV – “Then said Jesus to those Jews which believed on him, If ye continue in my word, then are ye my disciples indeed; And ye shall know the truth, and the truth shall make you free.”

Let’s continue in His word! But you must come to Jesus, first, repent of your sins and be saved.