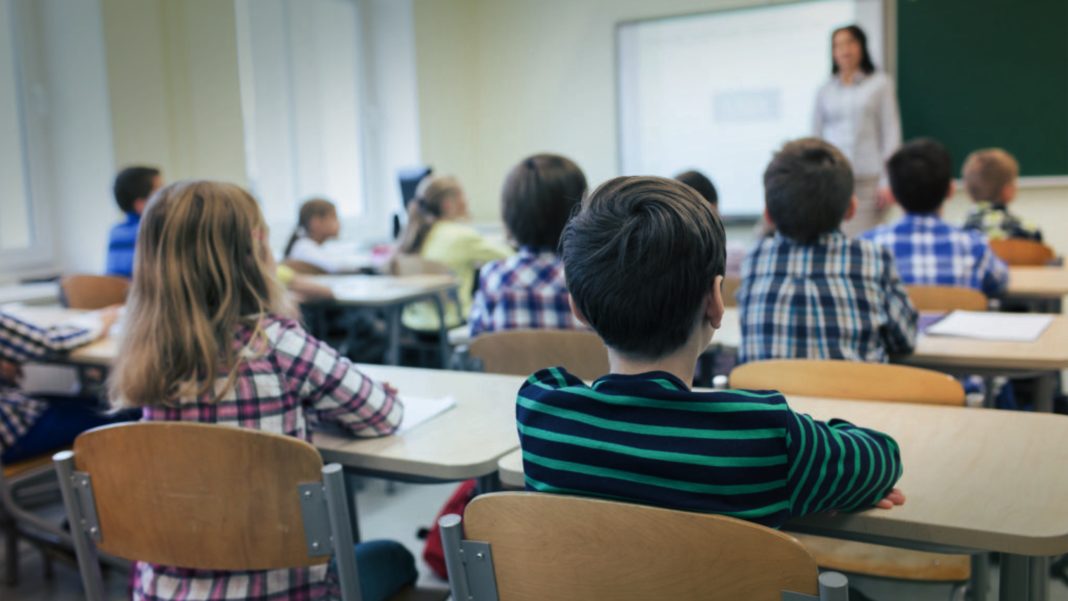 A UK history textbook currently in use by high schools in the country asks how the September 11 terrorist attacks perpetrated by al-Qaeda could be connected to the establishment of the State of Israel.

The question, posed in the Understanding History: Key Stage 3 textbook published by Hodder Education, was asked in the context of the history of the Israeli-Palestinian conflict and the War of Independence.

“How could it be argued that the creation of Israel was a long-term cause of the 9/11 attacks?” the textbook asks in a “reflect” box amid the narrative.

In addition, aspects of the page’s content were historically inaccurate.

A map on the page labels the West Bank as “Palestinian territory in 1949,” while Jordan is represented with territory only on the east bank of the Jordan River.

Jordan, then called Transjordan, captured the West Bank during the War of Independence in 1948 and annexed it in 1950.

The page also states that “half a million Palestinians fled their homes” during the war, whereas the actual number is just over 700,000.

Following media inquiries, Hodder Education issued a statement on Twitter saying it was removing the textbook from sale.

“We appreciate the phrasing of the question is not as precise as it might have been, and we are very sorry for any offense this has caused. We have removed the book from sale. We will have the content reviewed, and will then reissue a revised edition,” the company said.

Marcus Sheff, CEO of the Impact SE education watchdog group, said Hodder Education had “dropped the ball in the most embarrassing way possible, putting Jews in the UK at risk in the process.”

“This is the kind of conspiratorial nonsense and delegitimization of Israel we are used to seeing in Middle East textbooks, not in British educational materials,” he said.

“It breaches at least four UNESCO declarations signed by the UK government in relation to school materials, including no hate, no incitement, unbiased information and respect for the other.

“Hate gets into textbooks because an extremist puts it there, and it can slip through without proper review. Obviously, this needs to be removed. But more fundamentally, more care needs to be taken in reviewing teaching materials before they are published,” Sheff said.