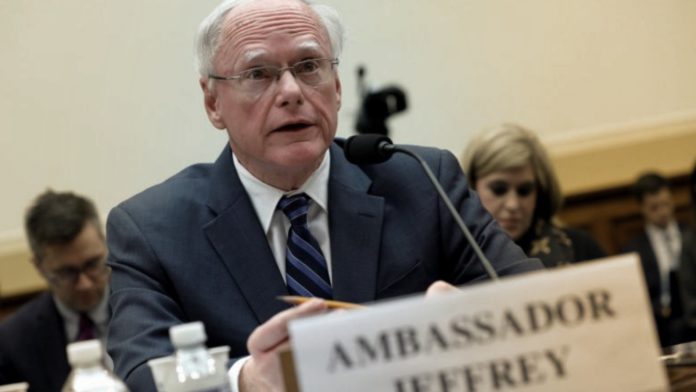 President Donald Trump’s special envoy for Syria said on Wednesday that U.S. forces had seen evidence of war crimes during Turkey’s offensive against the Kurds in Syria, and had demanded an explanation from Ankara.

“Many people fled because they’re very concerned about these Turkish-supported Syrian opposition forces, as we are. We’ve seen several incidents which we consider war crimes,” Jeffrey said.

Jeffrey and Matthew Palmer, a deputy assistant secretary of state who handles issues including relations with Turkey, spent a second straight day testifying in the U.S. Congress.

Jeffrey called Turkey’s crossing the border and offensive against the Kurds “a tragic disaster for northeast Syria.”

As the hearing took place, Trump announced that he was lifting recent sanctions imposed in response to violence in Syria, after Turkey said it is stopping combat and making a ceasefire in northern Syria permanent.

Jeffrey also confirmed Secretary of Defense Mark Esper’s statement that more than 100 Islamic State fighters had escaped. “We do not know where they are,” Jeffrey told the hearing.

Jeffrey had said in Senate testimony on Tuesday that “dozens” of the militants had escaped prison since the Turkish offensive in northeastern Syria began about two weeks ago.