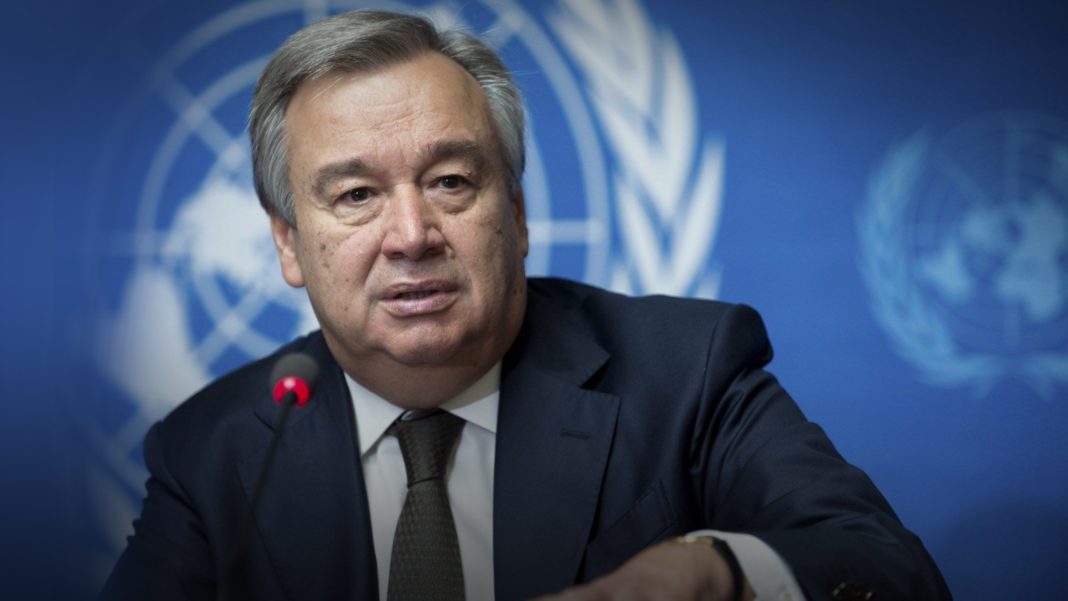 Speaking via video message to the East Asia Summit 2020, Guterres called on all countries to reject coal and join together in seeking other alternatives.

To that end, Guterres demanded efforts be made to “use the COVID-19 recovery effort to build green climate-resilient economies and work towards carbon neutrality by 2050.”

“This will, incidentally, also drive the job creation that will reduce inequality and address the air pollution that is choking many Asian cities. I commend the recent decisions of China, Japan and the Republic of Korea committing to net zero emissions,” the veteran Portugese socialist added.

“Countries also need to put a price on carbon and end subsidies for fossil fuels. Our response to the COVID-19 crisis must be aligned with the Paris Agreement and Sustainable Development Goals. In all these efforts, you can count on the support of the United Nations system.”

His call mirrors that by the World Economic Forum (WEF) back in July foreshadowing its desire to rebuild the world in a fashion of its own design once the coronavirus pandemic is over.

An impatient Schwab claimed neo-liberalism is dead and with it traditional notions of economic capitalism.

In their place is a set of “Stakeholder Capitalism Metrics” the WEF says enables the world to progress under one set of overarching rules as drawn up by it, with “social  justice” a key component of this brave new world.

This restructure of the way we do business is the new model for the “great reset” Schwab argued, adding he foresees the coronavirus crisis as too good an opportunity not to “re-evaluate sacred cows of the pre-pandemic system.”

Put simply, Schwab believes the time to “re-consider capitalism” has arrived. He adds:

The Great Reset should seek to lend a voice to those who have been left behind, so that everyone who is willing to “co-shape” the future can do so. The reset that we need is not a revolution or a shift to some new ideology… Some of the pillars of the global system will need to be replaced, and others repaired or strengthened. To achieve shared progress, prosperity, and health requires nothing more – or less.

Ulitmately Schwab says the trade, taxation, and competition rules that reflect decades of neoliberal influence are over.

Terry James, in his article, “Pope And The “Mother Earth” Deception,“ explained how the “climate change” lie has become a new religion of which global observance is mandatory:

While we move through this election season and watch the evil become increasingly worse, let us acknowledge that there is only satanic deception within the “Mother Earth” delusion being foisted particularly upon the young minds among us.

JD Farag, in his article, “The Great Reset – Controlled Demolition for a New World,” takes a deep dive into the coming “Global Reset” and how we are witnessing a “controlled demolition of the ‘Old World Order’ to reset for the ‘New World Order‘”:

I want to talk with you about how what I see as the pre-planned, even staged events, that we’re witnessing today are bringing about a coming global reset.

After the Rapture, the Antichrist will be revealed and a powerful delusion with lawlessness will ensue. I’ll take it a step further and suggest that as Paul says in 2 Thessalonians 2, the mystery of lawlessness, is already at work.

I am of the belief that we today are witnessing an orchestrated dismantling or if you prefer controlled demolition of the “Old World Order” to reset for the “New World Order”. It’s important to understand that this agenda, and that’s what it is an agenda, has been in the works for decades. But now today it is reaching its final stage.