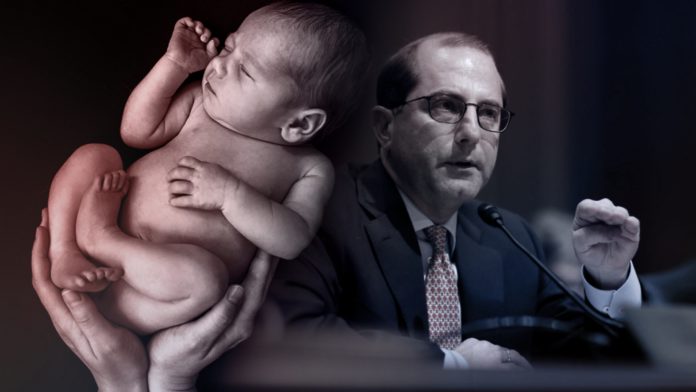 With the backing of officials from nearly two dozen nations, U.S. Health and Human Services Secretary Alex Azar told the largely pro-abortion United Nations General Assembly that there is no international right to abortion.

He said such terms “should not be used to promote pro-abortion policies and measures.”

“Further, we only support sex education that appreciates the protective role of the family in this education,” he said.

Azar also blasted the use of “ambiguous terms and expressions such as ‘sexual and reproductive health and rights.'”

The terms appear often in U.N. documents in which abortion industry players are advocating for abortion but don’t want to say so.

Azar added, in remarks posted by HHS: “This morning the United States was joined by 18 other nations, representing more than 1.3 billion of the world’s population, in issuing a joint statement respectfully calling on member states to join us in concentrating on topics that unite rather than divide on the critical issues surrounding access to healthcare.”

He said the U.N. needs to be reminded that “each nation has the sovereign right to implement related programs and activities consistent with their laws and policies, and that these terms in no way imply that there is an international right to abortion.”

The joint statement has been signed by 21 nations.

AP reported Azar’s comments followed a letter last summer in which he and U.S. Secretary of State Mike Pompeo asked leaders of nations to “join the United States in ensuring that every sovereign state has the ability to determine the best way to protect the unborn and defend the family as the foundational unit of society vital to children thriving and leading healthy lives.”

AP reported: “Grace Melton, who represents the conservative Heritage Foundation at the U.N., said conservative groups believe terms like ‘sexual and reproductive health’ are being used to ‘promote abortion and who knows what else’ at the United Nations.”

Melton said the “concern for a vast number of countries is that it has been used to promote abortion, and that’s not what they want.” 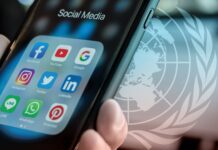 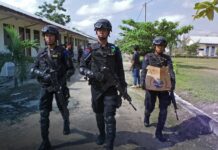