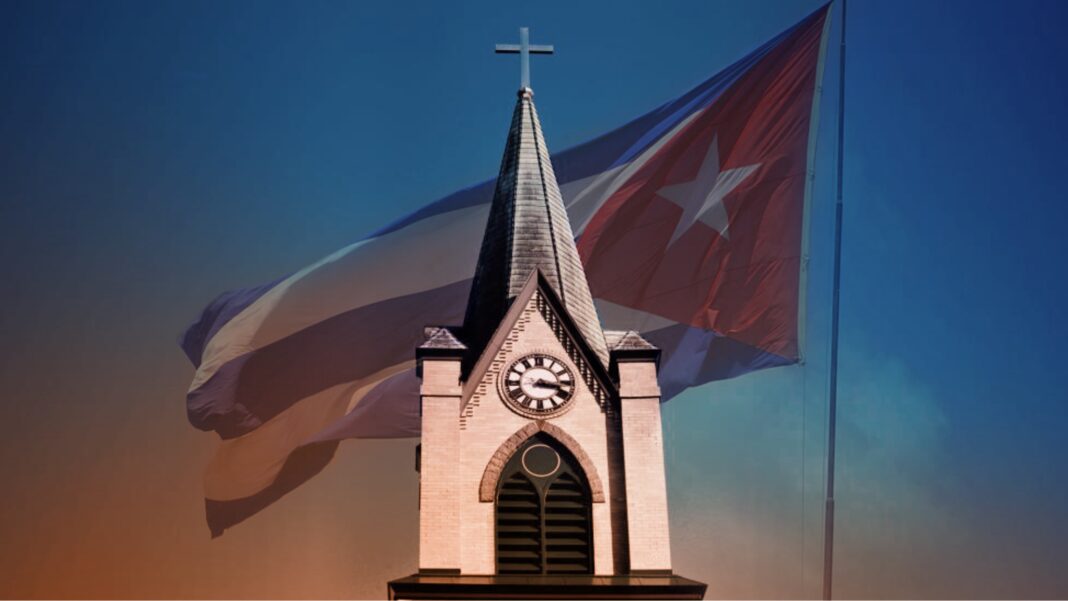 Authorities in the city of Santiago de Cuba demolished a church that has long been a target of the communist regime and arrested a pastor who streamed the demolition Live on social media.

The human rights group CSW reported the Assemblies of God Church has been under threat since 2015. The group said Cuban authorities claim the demolition was for the construction of train tracks on the site, but sources said the church was the only building in the neighborhood that was destroyed.

Pastor Alain Toledano, who lives in the same neighborhood and pastors another church, recorded the incident and broadcasted it on Facebook Live.

The video showed trucks, bulldozers, tractors, patrol cars, and dozens of Cuban State Security agents surrounding the building as members of the church sang in the background.

Toledano also urged viewers to share the video saying, “They fear information more than weapons… It is a video of the attack by the Cuban state against the church, it is an attack by State Security against the people of God.”

CSW reports Pastor Toledano was taken by Cuban police to the Motorizada Police Station and is being held incommunicado.

CSW CEO Scot Bower said in a statement, “We strongly condemn the demolition of the Assemblies of God Church and the eviction of church members. This church has been in the crosshairs of the Cuban government since 2015 and its arbitrary destruction is a serious violation of freedom of religion or belief. Pastor Alain Toledano’s actions this morning demonstrated cross-denominational solidarity and we commend his courage in bearing witness to government attacks on Reverend Fausto Polemo and the members of his church. We call on the Cuban authorities to immediately release Pastor Toledano and to cease its targeting of him and his family.”