The Worldview War Comes Down To Three Words: God Or Man 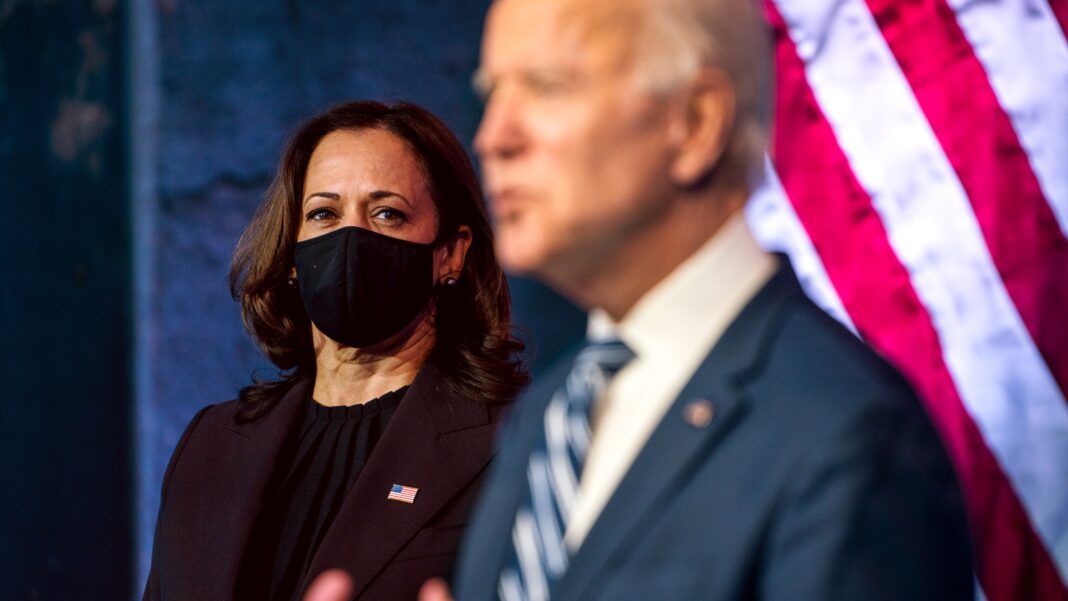 Presidential approval ratings are practically irrelevant and mostly meaningless. Do they change people’s minds on how to vote? No. Let me explain.

A new poll says both Joe Biden and Kamala Harris have some of the worst approval ratings in history, but does it matter? This administration continues unhindered pushing their radical agenda. Aside from a small number of independent voters, nearly every registered Democrat who voted for these awful politicians with America-last policies will go right back to the polls next year, and again in 2024 and vote for whoever has a “D” by their name.

This is dangerous to our nation when voters seemingly ignore policies, platforms, and procedures. Approval vs. disapproval: does it matter?

So, this new poll finds disapproval with Biden at 59 percent and job approval at 38 percent. Who are these 38 percenters that approve of wrecking the country? Kamala Harris is even worse, at 28 percent approval – but the strange thing is that only half of voters surveyed disapprove of her job performance. Wait, what does she do again?

I’ve seen other recent polls. You know it’s bad when even some Democrats think the country is not being managed properly while others say we’re going in the wrong direction. But if the political divide has shown us anything in the last few decades, they’ll keep voting for Democrats which means more chaos, division, godlessness, communist policy, Marxism and anti-American agendas.

One way we can make sense of all this is understand there are two stark contrasts when it comes to core beliefs and to governing a nation like America. There is also a gaping divide when it comes to people’s worldview.

Are you tired of the political ping pong game yet? Sure, historically in elections, one party wins seats in the Senate or House of Representatives and maybe gains the majority; then within 2-4 years, the other party takes back many of those seats. Wash, rinse, repeat.

But this USA Today poll shows that right now, in this cultural and national moment in time, most American citizens are fed up with the fed, the direction of America, and the policies of this president. But sadly, people have such short attention spans that by next year, much of the decline and destruction may well be forgotten.

What do the power elites running the government think of tanking poll numbers? Oddly, it appears the radical left Democrat Party are not backing off any progressive policies, but rather, digging their heels in even deeper when it comes to their efforts to “fundamentally transform” the country in their own image.

One thing in this survey, however, seems a bit confusing. Either these voters want global socialism in the U.S. or they are somewhat ignorant about what they are voting for. For example, voters were nearly split about Biden’s World Economic Forum-endorsed “Build Back Better Act” which is communist policy on steroids.

I just don’t think people understand what that means or the consequences of supporting such a worldview. The country they say they love must continue being deconstructed and weakened in order for the leftists to build it back better. Of course, “better” can be interpreted very differently.

Another thing to note here is when people say Biden is doing a worse job as president than they expected, this reflects directly on the Democrat platform and policies! Everyone knows old Joe isn’t governing as he’s extremely limited in his ability to perform his duties, so people’s disappointment is actually with the globalists and power elites in charge. They just don’t realize it perhaps.

And get this: a majority of respondents (66%) feel like America has gone down the wrong path. Another majority say they don’t want Biden to run again. Of course Democrats want someone else to run in 2024. Biden is clearly the worst president in American history.

Somewhere, Jimmy Carter breathed a sigh of relief as he gladly sheds that awful label.

Now, stay with me here. Remember, both Biden and Harris have historically horrendous approval ratings, and most say the country is either declining or in shambles. But here’s why polls are pretty much a complete waste of time, even to speculate about. According to far left USA Today, if the presidential election was held today and if Donald Trump ran against Joe Biden, 44 percent said they would vote for Trump, 40 percent said they would vote for Biden, and 11 percent would select an unnamed third-party candidate.

Add the traditional cheating and voter fraud and the O’Biden Democrats squeak out another victory over the American people, I mean, over Republicans.

However, if you’re a Christian, conservative, Republican, Independent voter or just love America, there’s a slight glimmer of political light in this story. According to the pollsters and election history,

“the party of a president with an approval rating below 50 percent is usually on the verge of seeing a blowout in the midterm elections. For instance, Republicans lost 41 House seats in the 2017 midterms when Trump’s approval was 37 percent.”

Wait a minute. Is the liberal Democrat socialist media accurate? Yes regarding midterm blowouts, but they would have us think President Trump’s approval rating was lower than Joe Biden’s current disaster. No way. Compare their policies and Trump accomplishments such as a booming economy and job numbers for minorities, for starters. I detailed this in my book, Canceling Christianity in a chapter called, “Policies, Platforms, and Procedures.”

How quickly we have forgotten what the Trump administration accomplished and supported including (partial list):

defended free speech on college campuses, protected school children by demanding separate boys and girls sports teams and locker rooms, more trade agreements that were fair to the US, stood up to China and Russia, solutions to the problem of high drug prices, and strong protection of religious freedom and freedom of conscience.”

I’ve said this so many times, forgive my being redundant. At the risk of oversimplifying, this worldview war is about power and it all comes down to three words: God or man.

If your hope is in people, politics, polls, or possessions, you will always end up disappointed and empty. But if your hope is in the one true, living God and the forgiveness and salvation provided by Jesus Christ, you will be secure, encouraged to live with power in the present as well as faith in the future because you know He is sovereign and in control.

Bottom line: keep seeking first the kingdom of God, cultivate an eternal perspective, don’t believe the liberal media, don’t trust the polls, and do trust in the name of the Lord our God!