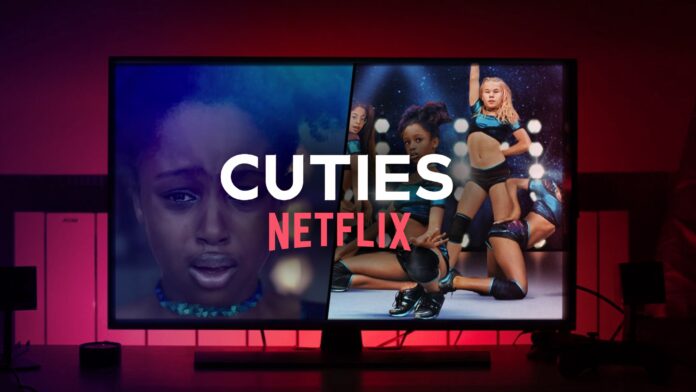 Netflix is facing criminal charges over its controversial film “Cuties,” which was released in August amid accusations from both liberals and conservatives of sexually exploiting preteen girls in its portrayal of them.

A grand jury in Tyler County, Texas, indicted the popular streaming service on Sept. 23 for its “promotion of lewd visual material depicting [a] child,” which goes “against the peace and dignity of the state.”

According to a tweet of the one-page indictment from Texas state Rep. Matt Schaefer (R-Tyler), the charges include the knowing promotion of visual material that depicts the “lewd exhibition of the genitals or pubic area of a clothed or partially clothed child who was younger than 18 years of age at the time the visual material was created, which appeals to the prurient interest in sex, and has no serious literary, artistic, political, or scientific value.”

According to a press release from Tyler County Criminal District Attorney Lucas Babin, Netflix went against Section 43.262 of the Texas Penal Code, which is a state jail felony offense.

“The legislators of this state believe promoting certain lewd material of children has destructive consequences,” Babin said. “If such material is distributed on a grand scale, isn’t the need to prosecute more, not less? A grand jury in Tyler County found probable cause for this felony, and my job is to uphold the laws of this State and see that justice is done.”

Many conservatives, including Elizabeth Johnston, also known as the “Activist Mommy,” praised the indictment announcement on Twitter: “Yes!! Texas kickin butt and taking names! Hope this starts a flood of indictments against the rampant obscenity peddled by Hollywood.”

However, Netflix denied any wrongdoing over “Cuties” after a summons was served to the corporation on Oct. 1 by the Texas State Rangers.

“‘Cuties’ is a social commentary against the sexualization of young children,” a spokesperson for Netflix told Fox News. “This charge is without merit and we stand by the film.”

Ken Ham in his article, “Drag Queen Story Hour Says ‘Love Has No Age,’” explained that the reason why we are currently seeing this sexualization of children and the moved toward the acceptance of heinous acts such as pedophilia is that society as a whole has turned its back on God:

Unhinged from the truth of God’s Word, we’re only going to continue to see evils like pedophilia destroy our children, our families, and our nation. What’s the solution? A return to the authority of the Word of God! Parents—train your children to think foundationally from God’s Word. Giving them this foundation for their thinking will allow them to see through the lies of the world and discern truth from error. Don’t let them get “tossed to and fro by the ever-changing waves” of cultural pressure and opinion. And teach them how to answer the attacks of our day that are leveled at God’s Word—particularly the book of Genesis, which is foundational to all doctrine and the Christian worldview.

Our evil culture, in rebellion against the Creator, is desperately trying to normalize and celebrate depravity. We need generations of believers who will stand boldly on the authority of God’s Word and ceaselessly proclaim the light of the gospel and the truth of God’s Word in the midst of incredible darkness.

Our evil culture, in rebellion against the Creator, is desperately trying to normalize and celebrate depravity. We need generations of believers who will stand boldly on the authority of God’s Word and ceaselessly proclaim the light of the gospel and the truth of God’s Word in the midst of incredible darkness.

During this time leading up to the Tribulation period, we are still seeing the restrainer holding back some of the depravity, using Christians and others to stand up in opposition and protect the most vulnerable among us.