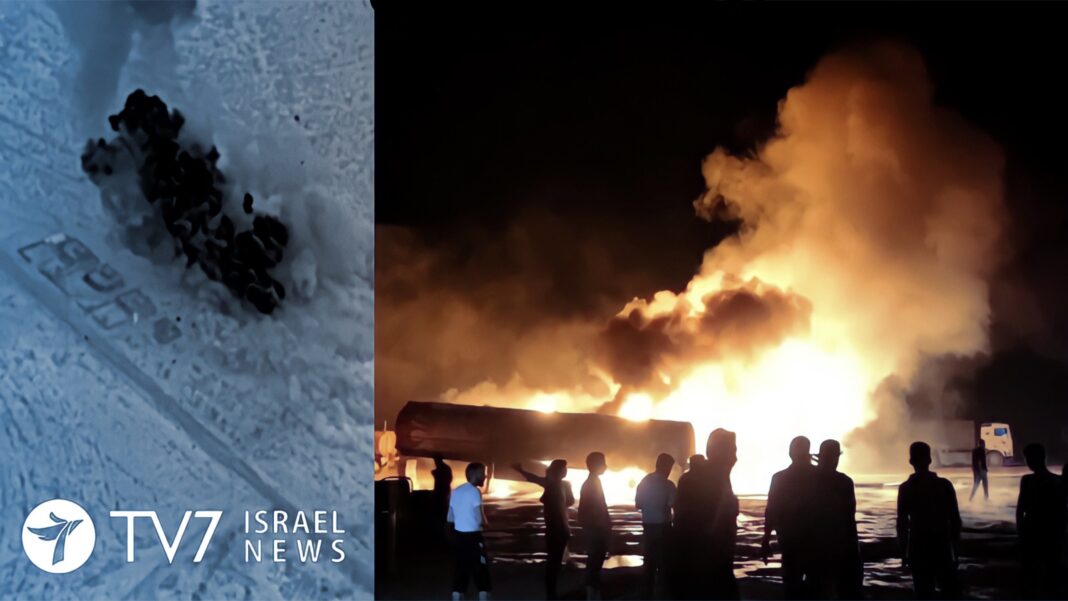 The strike “by the Israeli enemy” originated from the “occupied Syrian Golan Heights” at nearly 1 AM this morning, according to the ministry statement, “targeting an empty building south of Damascus.”

The Syrian defense ministry claimed that that national aerial defense systems managed to intercept one of the incoming projectiles, and there were no casualties resulting from the attack.

Anti-aircraft fire was seen during the attack in a photo released by the pro-regime Syrian Central Military Media.

Despite the accusations of responsibility, Jerusalem neither confirmed nor denied involvement in the strikes in response to TV7’s request for comment.

The latest incident is part of an escalation of what Israeli and regional military experts describe as a low-intensity conflict in recent years with hundreds of IAF raids aimed at stemming Iran’s attempts to entrench itself in Syria.

Jerusalem demands that Tehran and its proxies such as the Lebanon-based Hezbollah terror organization remain far from Israel’s northern border, and more broadly – removed from Syria entirely.

Iran has increasingly been advancing their efforts by way of Syria, using the war-torn country to house weaponry to attack the Jewish State, which has resulted in multiple Israeli strikes.

As Behold Israel previously explained, “Biblically speaking, a day is coming where the city of Damascus is going to be decimated. The prophet Isaiah stated, “The burden against Damascus. Behold, Damascus will cease from being a city, and it will be a ruinous heap.” (Isaiah 17:1) As Iranian aggression continues to excel as they’re hellbent on the destruction of the Jewish state, which in return causes Israel to focus their military power on the city of Damascus, we can see the fulfillment of this prophecy more immanent than ever before.”