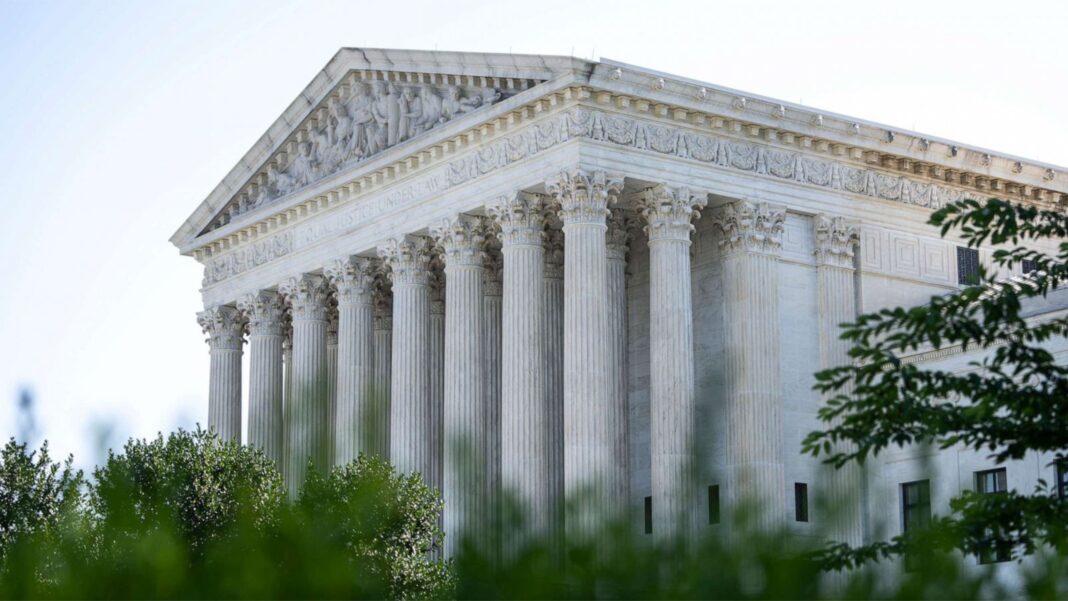 The Supreme Court on Friday announced it had declined to review the case of a Christian florist in Washington state involving same-sex marriage, again punting on major constitutional questions involving religious freedom.

Justices Neil Gorsuch, Clarence Thomas, and Samuel Alito expressed support for hearing the case, but to take a case requires the votes of at least four of the nine justices.

In declining to hear the case of Arlene’s Flowers v. Washington, it effectively upholds the Washington state Supreme Court’s ruling that Christian florist Barronelle Stutzman, now in her mid-70s, violated Washington’s anti-discrimination law by refusing to design a floral arrangement for the same-sex wedding of Robert Ingersoll and Curt Freed.

Before the lawsuit, Stutzman and Ingersoll were friends.

“Although the outcome of this case is tragic, the critical work of protecting the First Amendment freedoms of all Americans must continue,” said Kristen Waggoner, general counsel for Alliance Defending Freedom, a religious liberty public interest law firm that represented Stutzman.

“No one should be forced to express a message or celebrate an event they disagree with,” Waggoner said in the public statement, adding:

A government that can crush someone like Barronelle, who kindly served her gay customer for nearly a decade, but simply declined to create art celebrating one sacred ceremony, can use its power to crush any of us, regardless of our political ideology or views on important issues like marriage.

Thankfully, other courts have recognized that the Constitution does not allow this. Unlike the Washington Supreme Court in Barronelle’s case, the Arizona Supreme Court and the 8th Circuit have ruled that the government cannot force creative professionals to create artistic expression that violates their religious beliefs.

We are confident that the Supreme Court will eventually join those courts in affirming the constitutionally protected freedom of creative professionals to live and work consistently with their most deeply held beliefs.

The decision not to hear the case “confirmed that LGBTQ people should receive equal service,” said Ria Tabacco Mar, a lawyer with the American Civil Liberties Union, who represented the couple.

“Planning a wedding was a joyful time for Rob and Curt until they were refused service at their local flower shop. No one should walk into a store and have to wonder whether they will be turned away because of who they are,” the ACLU lawyer said. “Preventing that kind of humiliation and hurt is exactly why we have nondiscrimination laws. Yet, 60% of states still don’t have express protections for LGBTQ people like the kind in Washington state. Our work isn’t over yet.”

Since its 2015 ruling in favor of same-sex marriage in the case of Obergefell v. Hodges, the Supreme Court has issued narrow rulings regarding religious liberty in cases like Stutzman’s in pursuit of obtaining a broad court consensus.

Last month, the high court ruled 9-0 in the case of Fulton v. City of Philadelphia, giving a Catholic social service agency in Philadelphia the right to continue a government-funded foster care program while not being forced to compromise its beliefs about marriage. However, the high court did not make a broader ruling on religious freedom.

Similarly, in a 2018 case, the Supreme Court ruled 7-2 that the Colorado Civil Rights Commission had been hostile toward cake shop owner Jack Phillips’ Christian faith in trying to compel him to create a wedding cake celebrating the marriage of two men.

However, the high court crafted its decision in a way that did not set a broad precedent for freedom of speech and religion.

In the Obergefell ruling, the majority opinion by then-Justice Anthony Kennedy said the view that marriage is between a man and a woman is based on “decent and honorable” premises, noted Emilie Kao, director of the DeVos Center for Religion and Civil Society at The Heritage Foundation.

“Yet, we see government authorities around the country punishing people for living according to this belief,” Kao told The Daily Signal, the news outlet of The Heritage Foundation.“They have misused the law to try and force foster care and adoption agencies, bakers, photographers, and florists to change their views on marriage.”

Barronelle Stutzman serves everyone, including the gay customer in this lawsuit. Her beliefs about marriage are a sacred part of her Christian faith, so she cannot create custom art for a wedding celebration that would violate her religious beliefs.

The progressive left insists that every florist and baker celebrate same-sex marriages, in conformity with their orthodoxy, even though there is no shortage of providers.

It’s intolerant for governments like Washington state to punish people over disagreement on the nature of marriage.

The Supreme Court should address these violations of religious freedom swiftly and comprehensively.

HD Editor’s Note: Why Is This New Biblically Relevant?

Alliance Defending Freedom general council, Kisten Waggoner, while discussing the case of Christian baker Jack Phillips, stated that: “This case and others—including the case of floral artist Barronelle Stutzman—represents a disturbing trend: the weaponization of our justice system to ruin those with whom the activists disagree.”

Regarding the similar case of Jack Phillips, Franklin Graham reminded his audience that while he and others are standing up for their rights, they are also fighting for our rights as well.

“[Jack Phillips] is standing up for his rights to decline to be a part of something he doesn’t believe in. In taking this stand, he is fighting for all of our rights to do the same,” Graham explained.