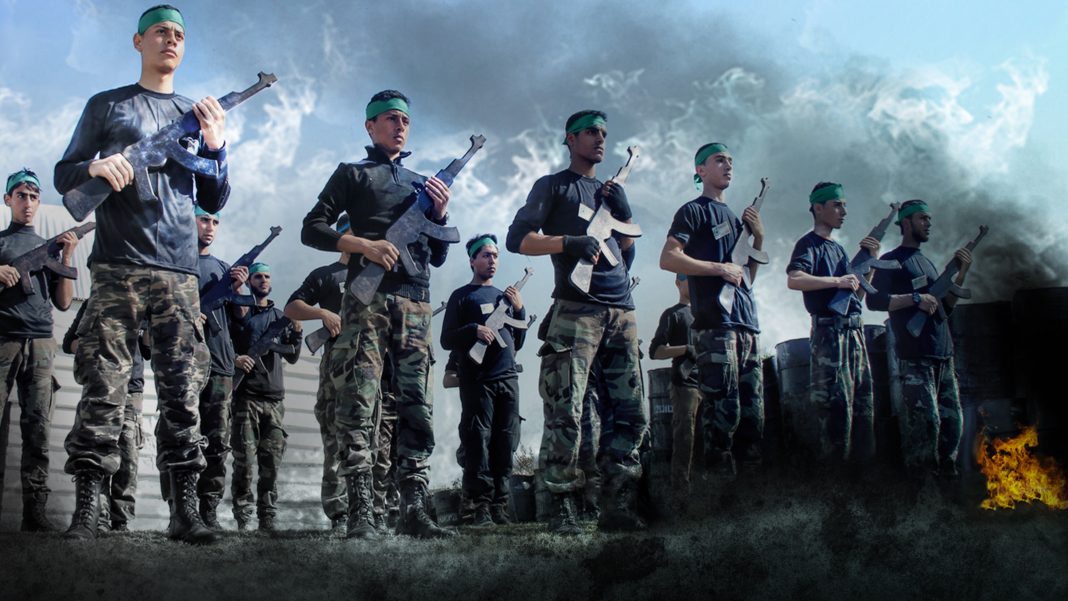 This is the time of year when kids and their parents think of Summer Camp. They have camps to fit just about every interest and need. There are camps that focus on all kinds of hobbies, professions, and on various sports. In the United States, we have camps designed not just for football, but specifically for quarterbacks.

Some camps, however, don’t teach how to throw a forward pass, but how to launch an antitank missile. Some camps don’t teach friendship and understanding. They teach hatred and bigotry. I’m talking about the Vanguard of Liberation camps in the Gaza Strip. These are Hamas camps — run by terrorists for the purpose of creating new generations of terrorists.

This year some 50,000 children will attend camps sponsored by Hamas, Islamic Jihad, and other terrorist organizations in Gaza.

Vanguard of Liberation camps indoctrinate children into the most violent and radical form of Islam. Participants wear military-style Hamas uniforms. They learn the ways of guerilla warfare. They learn how to fire and take care of military grade guns. They learn about Molotov cocktails and other improvised weapons. They practice kidnapping Israelis. Some of the camps put the kids in computer simulators where they practice killing Israeli soldiers and Israeli police officers.

These camps prove that Hamas never intends to have real peace with Israel. They sometimes agree to ceasefires, but only for the purpose of regrouping and rebuilding their forces. They do not teach children the ways of peace. They teach them the glories of war, violence, and martyrdom. They indoctrinate the young into a lifestyle of hate toward Israelis. And they give them practical training in the crafts of terror — all seemingly sanctioned by Islam.

A 12-year-old from Gaza City told Al-Monitor, “I will participate in the camp in order to strengthen myself and learn self-defense skills so I can fight Israel, become a martyr and go to heaven.”

In my visits to Israel, I became fond of many Palestinians. A significant number of them are Christian. But when the Palestinian people have been given the opportunity to vote, they consistently elect violent and radical leaders. Elections represent majority opinion, and do not tell us the thoughts of the individuals involved. But we cannot lose sight of the fact that, when given the chance, large majorities of Palestinians tend to vote for Hamas.

That’s one reason the world lets the Palestinian Authority get away with not allowing elections. World leaders know the kind of men a majority of Palestinians tend to choose. But those same world leaders refuse to acknowledge the impossible situation this puts Israel in. Israel must try to make peace with a people who choose terrorists for leaders — terrorists who do not want peace.

We should pray for Palestinians and respect their dignity as human beings. But we should not lose sight of the big picture.

Hal Lindsey In his article, “What Is Hamas,” wrote:

Nations designated Hamas a terror group because terror is the organization’s chief tactic, and violence is its mode of operation. Hamas’s violence goes back to its very beginning. The preamble to their charter says, “Israel will exist and will continue to exist until Islam will obliterate it.”

The eradication of Israel is their goal. They don’t just want to win a military victory over Israel or carve out a Palestinian state. Hamas wants nothing less than the destruction of the Jewish people. Genocide is their aim and reason. How could you describe Hamas as anything but a terror group?

The Hamas charter depicts Jews using old stereotypes. Article 22 blames the Jews for World Wars I and II, as well as the French and communist revolutions. This illustrates yet again that their hatred is not for Israel alone, but for Jews generally. Article 7 says, “The Day of Judgment will not come about until Moslems fight Jews and kill them. Then, the Jews will hide behind rocks and trees, and the rocks and trees will cry out: ‘O Moslem, there is a Jew hiding behind me, come and kill him.’”