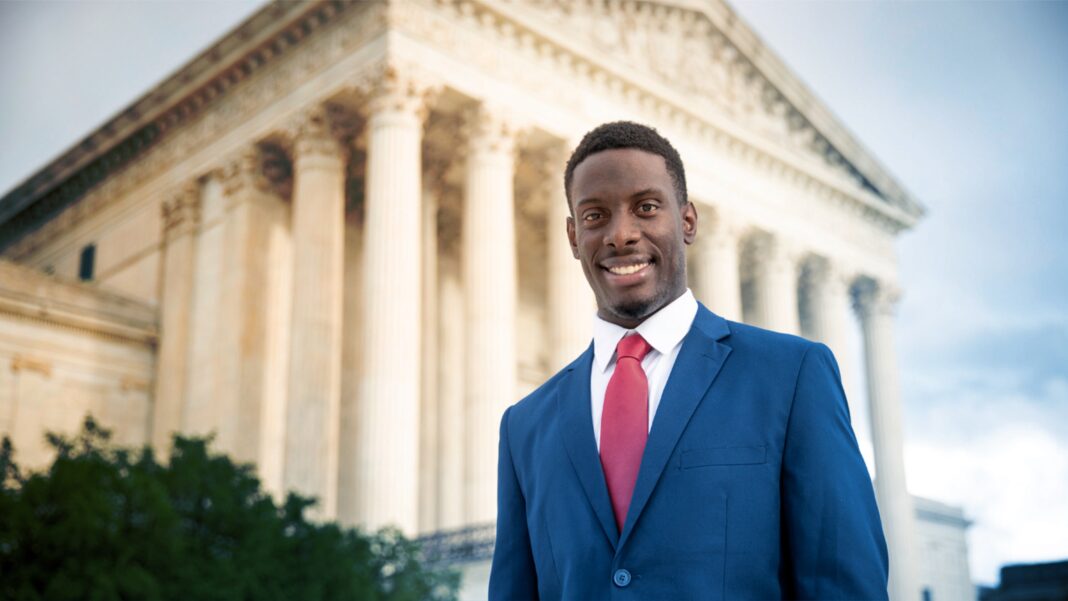 The U.S. Supreme Court ruled 8-1 March 8 in favor of a former Georgia college student who sued his school after it prevented him from expressing his religious views in a free-speech zone on campus.

In 2016, Chike Uzuegbunam, an evangelical Christian, was told that if he wanted to share his faith with his fellow students, he would have to apply three days in advance for a permit, and then confine his activities to one of the two free-speech zones on Georgia Gwinnett College’s (GGC) campus. After receiving the permit, he was then told by campus police that he could not share his faith even in a speech zone, because doing so violated a campus ban on “disturb[ing] the peace and/or comfort of person(s).”

Joseph Bradford, also an evangelical Christian and student at GGC, joined the suit after he “self-censored” his actions to avoid similar conflict with school officials.

GGC first argued that Uzuegbunam’s speech wasn’t protected by the First Amendment. The school—presumably sensing a loss in court—then changed its policies, and the U.S. Court of Appeals for the 11th Circuit dismissed the case.

But ADF attorneys argued that a final judicial decision was necessary to remedy past harm and prevent future misconduct. The Supreme Court agreed and took up the case.

In the opinion written by Justice Clarence Thomas, the court ruled that Uzuegbunam can seek nominal damages even after GGC amended its policies and Uzuegbunam graduated.

“It is undisputed that Uzuegbunam experienced a completed violation of his constitutional rights when respondents enforced their speech policies against him,” Thomas wrote. “Because ‘every violation [of a right] imports damage,’ nominal damages can redress Uzuegbunam’s injury even if he cannot or chooses not to quantify that harm in economic terms.”

“The Supreme Court has rightly affirmed that government officials should be held accountable for the injuries they cause,” said ADF General Counsel Kristen Waggoner, who argued the case before the Supreme Court. “When public officials violate constitutional rights, it causes serious harm to the victims. Groups representing diverse ideological viewpoints supported our clients because the threat to our constitutionally protected freedoms doesn’t stop with free speech rights or a college campus. When government officials engage in misconduct without consequences, it leaves victims without recourse, undermines the nation’s commitment to protecting constitutional rights, and emboldens the government to engage in future violations. We are pleased that the Supreme Court weighed in on the side of justice for those victims.”