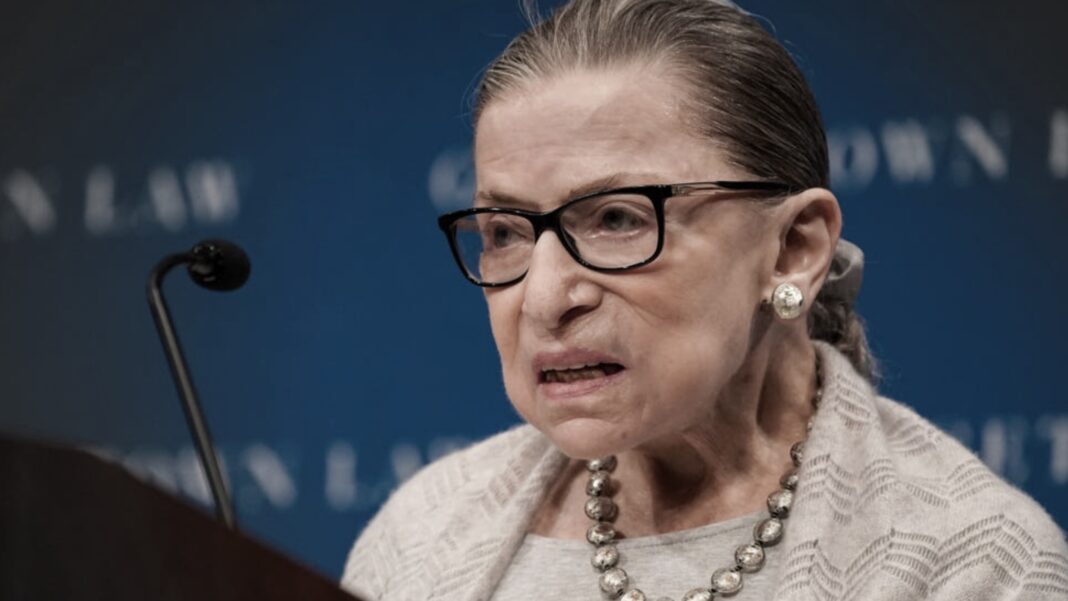 The Supreme Court announced Friday evening that SCOTUS Justice Ruth Bader Ginsburg has died. Her passing, opening a seat on the Supreme Court, just 46 days before the presidential election.

The upcoming election apparently also on Ginsberg’s mind, just days before her death she dictated to a statement to her granddaughter explaining that it is her “most fervent wish is that I will not be replaced until a new president is installed,” according to NPR.

“If you thought the Brett Kavanaugh hearing was intense, wait until this nomination hits and the hearing starts for this replacement,” Bret Baier said on Tucker Carlson’s show. “The giant battle that is yet to come will be in the Senate Judiciary Committee”

Breitbart reported in August that President Trump said in an interview that he would “absolutely” fill a vacancy in the Supreme Court should one come available in an election year:

“Absolutely, I’d do it,” Trump said in an interview with radio host Hugh Hewitt who asked him about the Supreme Court.

McConnell drew rage from the left when he said in 2019 he would move to confirm a seat in an election year, should President Trump get the opportunity to nominate a replacement.

Trump added he would “move quickly” to fill the seat if there was a vacancy on the court, noting Democrats would do the same.

“Why not?” he asked. “I mean, they would. The Democrats would if they were in this position.”

Trump said he already had a Supreme Court candidate in mind, but did not say who it was.

“I have somebody that I think would be really well-received, would be excellent, highly-respected,” he said. “I mean, that’s subject to change, but somebody that really would be, I think, I think great.”

Washington Florist’s Religious Liberty Case Not Over Yet, Lawyers Contend