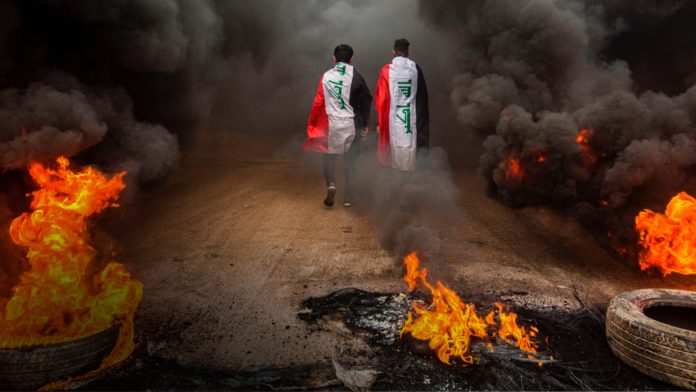 As protests continue throughout the country of Iraq, protestors set several buildings on fire early Saturday. These fires took place in Southern Iraq near the Dhi Qar governate area, and one of the buildings turned out to be the headquarters for Iraq’s Special Operations Unit. There are also protestors in Karbala, which is near the middle of the country, who were intending to harm a government building but were stopped by security forces before doing so.

These anti-government protests really gained momentum in the Fall when protestors took to the streets throughout the country. Since then, the death toll has skyrocketed and Iran has been using this opportunity to advance their regime. In early December, the death toll of Iraqi civilians was well over 400 people with thousands being injured. Furthermore, there have been days where dozens of people have been murdered in the streets by “security forces”-many who are Iranian.

Death has become part of the daily violent routine of what is going on in Iraq. One report even states that while several protests have erupted in Iraq since the turn of the millennium, these are “the largest and bloodiest by far.”