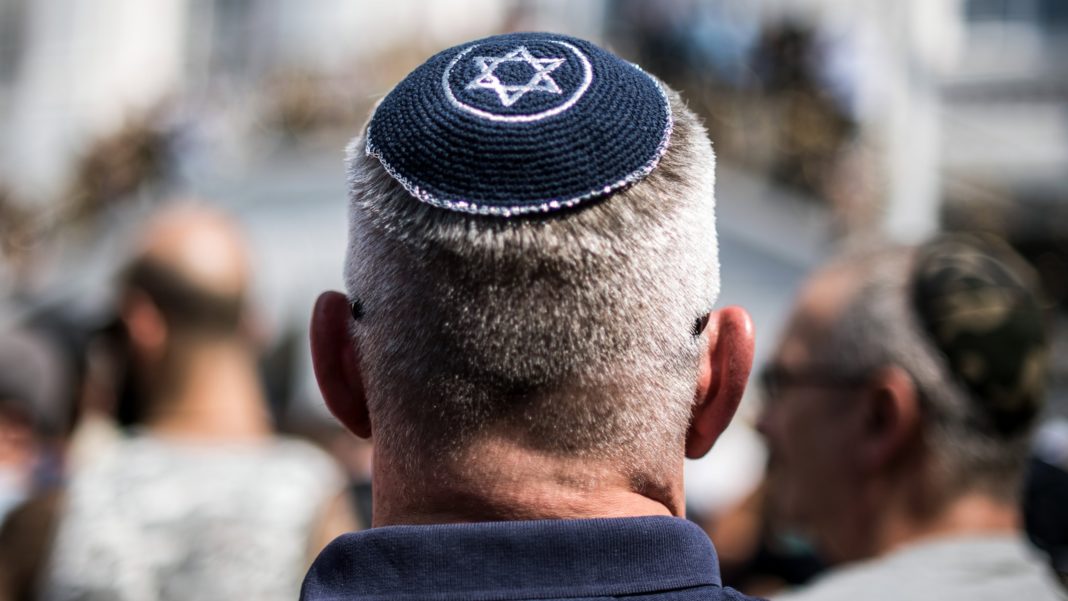 Yesterday was Yom Kippur, the holiest day in the Jewish calendar. It is meant to be a time of intense self-examination. In light of that, I offer this column.

The question I receive more than any other from non-Jews is: Why are so many Jews on the left?

Before addressing it, I should note that the same question could be asked of Christians and other non-Jews. Why have so many mainstream Protestants and Catholics (up to and including the pope) embraced the left? Why have nearly all blacks, the majority of Hispanics and Asian Americans, the most successful ethnic group in America, embraced the left? And, outside of the United States, why have most Germans, French, Canadians, Australians and others in the West embraced the left?

This question could be asked about almost every group in the world.

Nevertheless, it is valid to ask it about Jews because, if any group should be wary of dismantling a society, especially a decent one, it is the Jews. The moment civilization begins to disintegrate, the Jews are the first victims — never the only, but always the first. That’s why Jews have so often been likened to the proverbial canary in the mine. Miners take canaries down with them because when there are noxious fumes, canaries die, and when the miners see the dead canaries, they know there are toxic fumes they must fight, or they, too, will die.

It is often asked how the most culturally advanced country in Europe, perhaps in the world, could produce Nazism and the Holocaust. Or, as it is often put, “How did the country that gave us Bach, Beethoven, Heine and Schiller give us Auschwitz?”

One answer is that advanced culture and advanced morality are not the same. The Nazis loved classical music.

The other, more important, answer is that civilization is fragile.

It is fragile because civilization consists of human beings, and human nature is profoundly flawed. Exceptional evil is as common as exceptional good. It takes a great deal of effort and a great deal of time to make a decent society. But it takes little effort and little time to destroy a society.

That most American Jews do not appreciate how extraordinarily decent America is — compared with other countries, not compared with some childish utopian vision — only proves the lack of relationship between education and wisdom and between intelligence and wisdom.

The left is tearing down America because the left in America is what the left has been everywhere: a purely destructive force. Conservatives and liberals build everything, and leftists destroy everything: music, art, universities, high schools, elementary schools, economies, late-night comedy (for that matter, all comedy), journalism, sports and, now, the sciences. In addition, everywhere the left gains power it suppresses personal freedom, beginning with the most important freedom, freedom of speech.

Every violent demonstration (also known as “riots”) over the past six months has been a left-wing riot.

Why, then, does this left-wing destruction not frighten America’s Jews? Do they not know the more power the left has, the less freedom they and all other Americans will have? Do they not know how much Black Lives Matter, antifa and the rest of the left loathe Israel? Or do they not care? (The answer is that, increasingly, many American Jews do not care — especially young Jews, who have been raised by left-wing teachers and left-wing media.) How do they not recoil when statues of George Washington and Abraham Lincoln are violently removed?

Do American Jews not know that the unique esteem in which they (and Israel since 1948) have been held in American society has been entirely due to the Judeo-Christian roots of America’s values and its Judeo-Christian identity? Do they not know that in a post-Christian America, they will be just another minority and that, as the left gains influence, nonleft Jews (specifically religious and pro-Israel Jews) will be singled out for opprobrium? (Just look at how Jewish students who publicly identify as Jews, let alone as pro-Israel Jews, are treated on many American campuses.)

We conservatives know the answer to the question, “How did the country that gave the world Beethoven give the world Nazism?”

The answer: Civilization is fragile.

That was true in Germany, and it is true in America.

HD Editors Note: Why is This News Biblically Relevant?

Jewish Christian, Jan Markell, who is founder and president of Olive Tree Ministries, wrote an article titled, “Under a Spell,” about this astonishing Jewish support of the Democrat Party:

A few years ago I wrote an article about the loyalty the Jewish people show to the Democrat Party. I titled it “Under a Spell” because they truly are. I watched this spell among my own Jewish family members who all came from Minnesota’s Iron Range west of Duluth, MN.

In the 1940s, the Jews overwhelmingly supported a President who was their enemy — Franklin Roosevelt. Over 90% of Jews voted for him in 1944. He looked the other way to the evils of the Holocaust. He could have saved hundreds of thousands if American troops just would have bombed the railroad tracks going to the camps.

Roosevelt had no interest in intervening.

God removed him from the presidency before 1948, as he would not have voted for the independent State of Israel.

Many Jews voted for two anti-Semites — Jimmy Carter and Barack Obama. No two U.S. Presidents did more damage to Israel than these men — yet they got the Jewish vote by and large, though the Jews grudgingly voted for Carter! Over 70% of American Jews voted for Hilary Clinton rather than Israel’s greatest Presidential friend, Donald Trump. They overwhelmingly voted for Bill Clinton in the 1990s.

Jan then went on to list some of the reasons why it seems Jewish people are embracing this clearly anti-Israel party. List [in-part] Below:

It is not only the Jews who are blind, Markell then goes on to explain, “much of the world cannot see the truth”:

The blindness of the Jews has already been referenced here, but it is not just Jews who are blind today. Much of the world cannot see truth. Even church members are blind to the signs of the times breaking all around us! Most Christians are focused on earthly interests, lacking the eternal view.

Those who see the truth and love the truth are few in number, be they Jew or Gentile! I call the real truth seekers today “remnant believers.”

And, I continue to pray that their numbers increase!