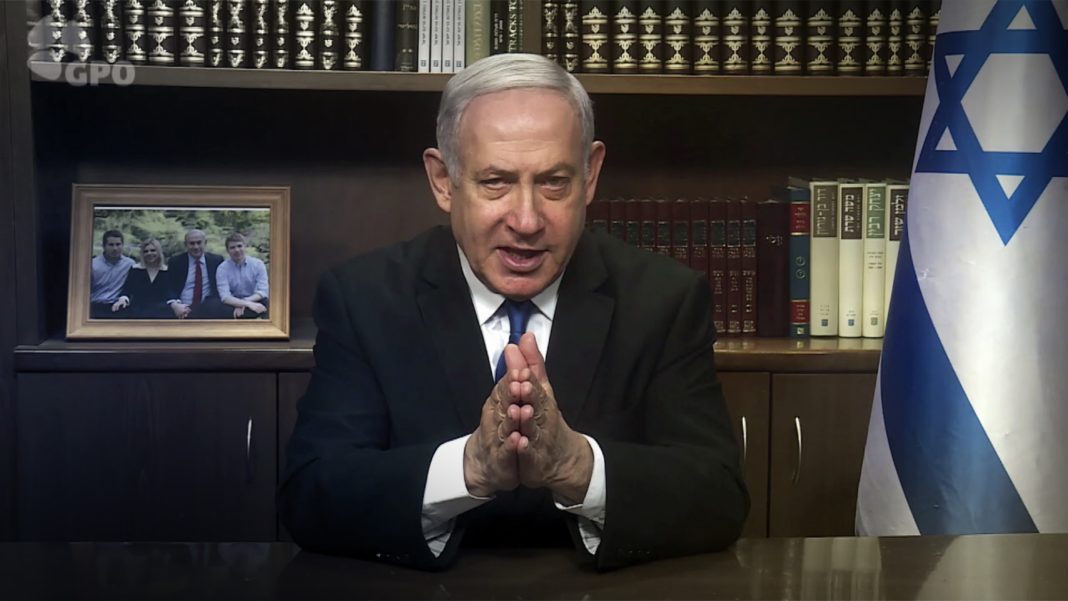 Prime Minister Benjamin Netanyahu strongly condemned European governments trying to bypass US sanctions on Iran, saying that while the Iranians and their emissaries slaughter hundreds of people across the Middle East – in Tehran, Baghdad and the capital – European countries are rushing to grant further concessions to Iran.

Prime Minister Netanyahu emphasized that they did not learn anything from history – and history will judge them.

In Tehran, in Baghdad, in Beirut, people are taking to the streets. They are being slaughtered by the hundreds, yet they continue to protest. The tyrants of Tehran shoot them to no avail. They tamper with the internet to no avail as well. The fearless and frustrated people of Iran simply refuse to be silenced.

In Baghdad, Iran’s cronies have killed hundreds of Iraqis. But here too, the people of Iraq refuse to be silenced. They continue to protest.

In Beirut, Hezbollah thugs attack peaceful demonstrators, but the Lebanese people keep showing up as well.

What is driving these people to risk their lives and stand up to their oppressors?

And while the people of the Middle East bravely stand up to Iran and its henchmen, here’s the absurd thing:

While all of this is happening, countries in Europe are working to bypass US sanctions against Iran. While the Iranian regime is killing its own people, European countries rush to support that very murderous regime.

These European countries should be ashamed of themselves. Have they learned nothing from history? Well, apparently not.

They are enabling a fanatic terrorist state to develop nuclear weapons and ballistic missiles, thereby bringing disaster to themselves and upon everyone else.

To those who favor appeasement of Iran, I say this: History and your own people will judge you harshly. Change course now.