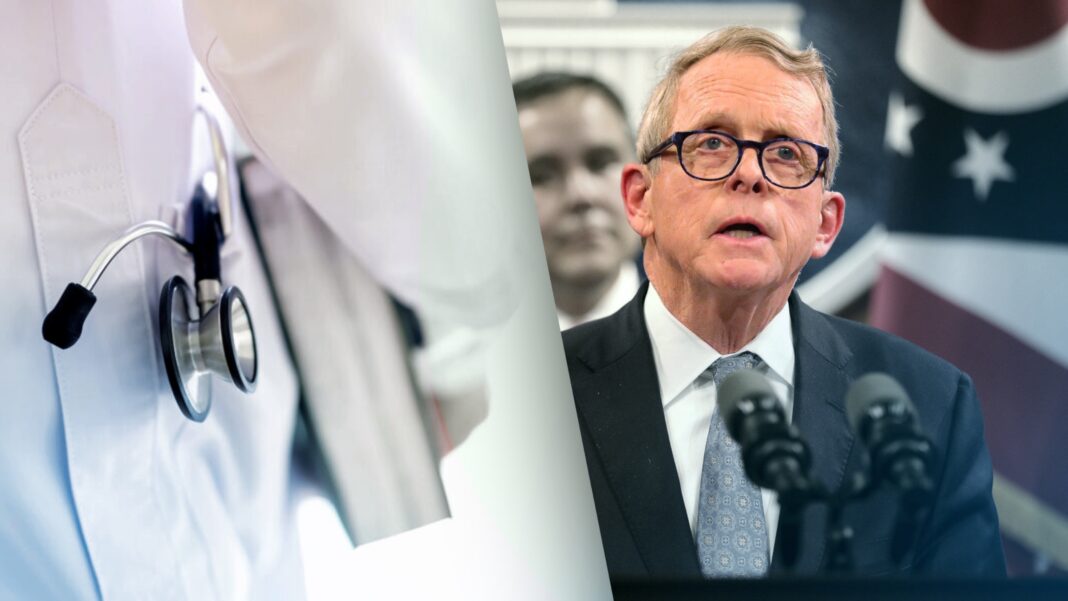 A provision in Ohio’s new two-year budget will allow health care workers, hospitals and health insurance providers to opt out of participating in services that violate their moral or religious beliefs.

This means, for instance, that doctors cannot be forced to perform abortions or prescribe dangerous puberty-blocking drugs to children for the purpose of “gender transitioning,” if doing so goes against their conscience, says the Ohio-based Center for Christian Virtue.

It also protects the ability of insurance companies to create insurance plans for businesses and organizations in line with their religious beliefs, CCV says, adding that the measure resolves the issue. The provision would potentially help religious organizations that object to offering coverage for contraception and abortifacients, surgical abortion and gender-related treatments.

In advance of the bill’s signing, the Ohio chapter of the American Civil Liberties Union took issue with the added conscience protection language. The organization claims the provision will be used to advance discrimination against the LGBTQ community.

DeWine said in a statement last Thursday that the inclusion of the conscience protections in the budget “simply puts in statute what the practice has been” anyway.

“Let’s say the doctor is against abortion; the doctor is not doing abortion,” DeWine said, as reported by The Journal-News. “If there’s other things that maybe a doctor has a conscience problem with, it gets worked out, somebody else does those things.”

DeWine said the provision will not lead to anti-LGBTGQ discrimination.

“People are not going to be discriminated against in regards to medical care,” he told the New York Daily News. “This is not a problem, has not been a problem, in the state of Ohio and I do not expect it to be a problem.”

The measure comes as there have been legal battles in recent years based on religious healthcare providers’ objections to Obama-era nondiscrimination policies that required them to perform medical procedures against their religious convictions, such as sex-change surgeries or abortion.

Across the country, some Catholic hospitals have faced lawsuits for refusing to allow surgeons to perform sex-change operations on trans-identified patients as part of gender transition procedures.

“Medical professionals face unbelievable pressure today to abandon their faith and ethical beliefs and to perform procedures they believe are harmful and dangerous. Make no mistake, the politically correct and woke culture that is bullying and silencing millions of Americans today is ingrained deeply into Ohio’s medical system.

“Yet, today, these men and women should feel assured that help is here. Because the General Assembly included the MED Act in the budget, and Governor DeWine signed it, life-saving men and women of faith across the state can know they cannot be fired or punished for ethically treating their patients.

“In my career as a doctor, I have consistently and wholeheartedly prioritized my patients, and I do everything in my power to improve their overall health and wellness in a way that best fits their needs. However, when a patient requests elective services, like abortion, that could infringe on a doctor’s personal religious, moral or ethical code, it is simply time they find a new provider,” Huffman said. “I fully support the language in this budget that protects all medical professionals by ensuring they are not obligated to perform or pay for procedures that conflict with their conscience.”

Justin Cole, chair of pharmacy practice at Cedarville University in Ohio, said this clause does not allow a doctor to refuse to care for a person but allows for a doctor to exercise a conscientious objection to a specific health service.

“Americans are afforded the freedom to live according to deeply held ethical, moral and religious beliefs,” Cole said. “This necessarily includes doctors, nurses, and other clinicians … Without these provisions, medical providers could be forced to participate in procedures or treatments that conflict with their own convictions and may be felt to be harmful to the patient.”

Earlier this year, Arkansas passed a similar bill to provide conscience protections for the religious objections of healthcare providers. Although that bill faces opposition from progressives, the religious freedom legal group Alliance Defending Freedom voiced support for the legislation.

“Patients are best served by doctors, nurses, and other medical professionals who are free to act ethically and consistent with their oath to ‘do no harm,’” ADF Legal Counsel Stephanie Nichols said in a statement in March. “The MED Act ensures that no medical professional is compelled to breach this oath by being forced to participate in procedures or treatments that violate their conscience.”