Nikki Haley: Canada made a ‘deal with the devil’ 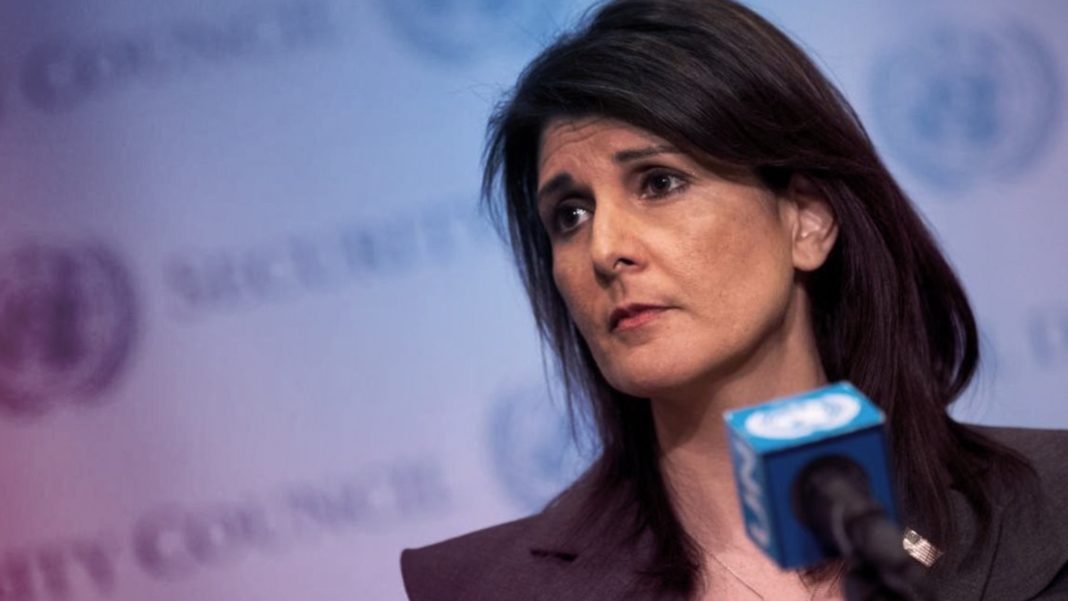 Former US Ambassador to the UN Nikki Haley condemned Canada for voting in favor of an anti-Israel General Assembly resolution claiming that in their actions the government made a “deal with the devil.”

Haley made the proclamation at the UN Watch Gala in New York City on Thursday, adding that Canada is “trading its integrity for a seat on the Security Council” by using the vote to damage the State of Israel, according to the Algemeiner.

“Two weeks ago, Canada surprised Israel’s friends by voting for a North Korean resolution that challenges the legitimacy of Israel,” Haley said. “This is a resolution that Canadian governments for years have voted against.”

She described the monthly UN Security Council meetings as a “monthly Israel bashing session” and explained that the group consists of a “culture of bullies” who fail to live up to its expected character.

“If we want to talk about security in the Middle East, we should talk about Iran or Syria or Hezbollah or Hamas or ISIS or the famine in Yemen,” Haley explained. “There are about ten major problems facing the Middle East, and Israel doesn’t have anything to do with any of them.”

In addition to the anti-Israel resolutions, Haley pointed out that on the Un Human Rights council there are currently multiple nations, such as China, Cuba, Egypt and Saudi Arabia, who currently hold voting and/or lobbying power – and more who are set to join this January.

“Many encouraged us to remain on the council because the United States, they said, provided the last shred of credibility the Human Rights Council had,” Haley concluded. “And that was precisely why we decided to leave. The United States should not lend any credibility to this cesspool of political hypocrisy and corruption.”