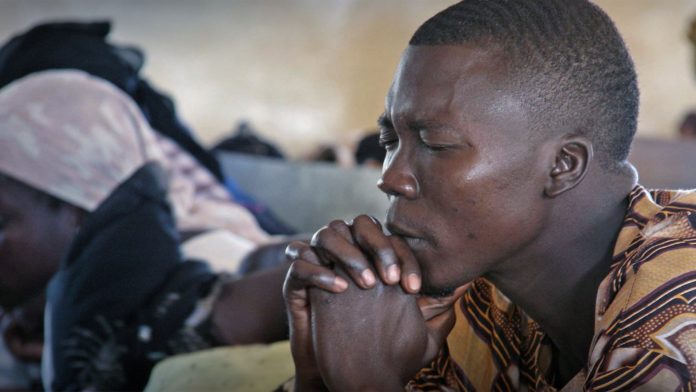 Boko Haram Islamic terrorists carried out over “fifty different attacks on different communities between the end of 2019 to June 2020,” the Church of the Brethren in Nigeria (EYN) has revealed, most of which were “unreported or underreported” by the media.

As Breitbart News reported, EYN — the largest indigenous Christian denomination in the Northeast of Nigeria — has reported the slaughter of more than 8,370 of its members, including 8 pastors, by militants of the Boko Haram Islamic terror group.

The Reverend Joel Billi, president of the EYN, said last week that the church has been the hardest hit by jihadists of any Christian denomination in the country and along with the deaths more than half of EYN’s 586 church buildings were either burned or damaged by Boko Haram.

The extent of the attacks, amounting to what many consider an authentic Christian genocide in the country, is exacerbated by the seemingly willful silence of the global media.

“The Boko Haram factions continue to be responsible for the most appalling violence in northeast Nigeria on an almost daily basis,” said Mervyn Thomas, chief executive of Christian Solidarity Worldwide (CSW). “However, aside from particularly appalling incidents that garner international attention, the majority of these attacks go unreported and unnoticed.”

“Both local and international media outlets must do more to report on the violence which is unfolding across Nigeria,” Thomas added. “We are deeply saddened by the suffering endured by the EYN and its members, and echo its calls on the Nigerian government to take immediate action to mitigate and address attacks by all non-state actors.”

CSW has provided a helpful partial list of some of the many unreported terror attacks carried out against Christians by Boko Haram over the last six months.

December 25, 2019 – Boko Haram militants attacked the Bagajau community in Askira/Uba LGA, Borno State, killing nine Christians, CSW notes. Among them were Damjuda Dalihis, his two children and their friends, who were burnt alive in their room.

December 29, 2019 – eighteen Christians were abducted following an attack on the Mandaragirau community in Biu LGA, Borno State, in which raiders destroyed the church building, primary school, and foodstuffs.

February 2, 2020 – all three EYN Churches were burnt down during an attack on the Leho community of Askira/Uba LGA, Borno State.

February 21, 2020 – jihadists attacked the Garkida community and torched the first EYN Church, along with an Anglican and a Living Faith church building. The assailants went on to loot and burn the EYN Brethren College of Health Technology, the EYN Rural Health Department and its vehicles, and prominent Christian homes and shops, and abducted Mr. Emmanuel Bitrus Tarfa.

May 30, 2020 – Islamic terrorists attempted to slay an entire family in Kwabila village in Askira/Uba LGA, Borno State. They managed to kill three family members, and the other three had to be hospitalized because of their injuries.

The “dangerous darkness” of radical Islam with its genocidal intentions is sweeping across the African continent and is particularly lethal in Nigeria, Lela Gilbert wrote on June 23 in an article titled “The Threat of Genocide Darkens the Future for Nigeria’s Christians.”

In recent decades, “tens of thousands of Nigerians have been slaughtered,” Gilbert writes, and yet “their stories rarely appear in mainstream Western news reports” despite the fact that it is “increasingly clear that another genocide is already taking place.”

Last January, the Human Rights Writers Association of Nigeria (HURIWA) appealed to President Trump to intercede to help stop the “genocidal killings of Christians” taking place in the country.

Spokesmen for the rights group said they had made this decision after a recent string of well-coordinated attacks on Christians by armed Islamists in Kaduna state.