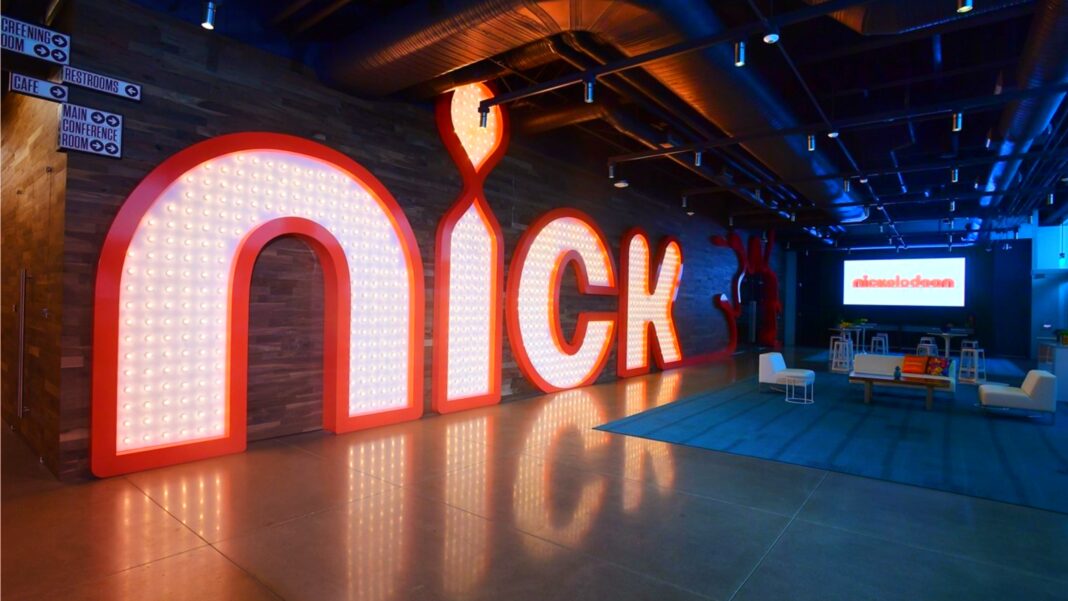 There’s growing evidence that Nickelodeon’s hard push to promote the LGBTQ agenda to children is having a negative impact on the network’s ratings.

In the last two weeks, both Nickelodeon and its preschool-targeted network, Nick Jr., have released videos championing “trans,” “queer,” and “pansexual” inclusion. One video that sparked mass outrage depicted a cartoon version of drag queen Nina West singing about various LGBTQIA groups “[loving] each other so proudly” on “Blues Clues and You,” a show for two- to five-year olds. That same video showed a female-to-male transgender beaver who appeared to have post-operative surgical scars on its chest.

In a separate live action video Nickelodeon posted to YouTube last week, West explains the meanings behind various LGBTQ Pride flags through a song. These latest videos come after the network began overtly celebrating “Pride” month several years ago and implied in 2020 that its most popular character, SpongeBob SquarePants, is gay.

The company also recently announced that its reboot of “Rugrats,” a popular series that originally ran throughout the 1990s to 2004, will feature a single lesbian mom. Natalie Morales, the actress who plays the character, commented, “I think it’s just so great because examples of living your life happily and healthily as an out queer person is just such a beacon for young queer people who may not have examples of that.”

But it appears many parents don’t think it’s so great.

Pirates and Princesses, a popular entertainment site specializing in Disney-related news, reports Nickelodeon YouTube videos were “downvoted to such a degree that they’ve now hidden the ratio.” The site also says the network has seen a major decline in viewers since it began overtly pushing the LGBTQ agenda to its young viewers:

Since July of 2017, Nickelodeon’s viewership has dropped from 1.3 million average viewers per week to a June of 2021 average of only 372,000. In only four years, Nickelodeon has dropped more than two thirds of its audience. That is catastrophically bad for the cable channel, but with cable on the way out, maybe it’s not so bad? The catch here is that it is, in fact, that bad and perhaps worse, simply because Nickelodeon seems to be the primary driving force behind new subscribers to Paramount+.

There are signs that Viacom has not learned any lessons and is retrofitting these old shows with the same principles that have resulted in Nickelodeon’s huge loss in ratings. Even with a show about infants, much of the headlines have been about a retconned, now-lesbian character; whatever your thoughts on that issue, it’s hard to see how a children’s show about infants is best served in advertising when the news is all about sexuality.

This is particularly bad news for parent company ViacomCBS, which has been attempting to bulk up its streaming service, Paramount+, by adding several hundred hours of Nickelodeon programming to the platform’s library.

So far, the negative reaction from consumers doesn’t seem to be deterring the network. In response to West posting a video of the Pride song, Nickelodeon’s official account tweeted, “It gets better every time we watch it,” alongside happy face and heart emojis.

Ken Ham, Founder and President of Answers in Genesis, responded to the news that the classic children’s show “Blues Clues” featured a drag queen sing-along about a “pride parade.”

“Seems like so many in the world are jumping on the bandwagon to celebrate sin,” he wrote. “Then again, that’s what one expects from the ‘broad way.’ A reminder to Christians that we live on the ‘narrow way,’ and it requires much diligent work to protect our children from the forces the enemy uses to try to capture them away to the ‘broad way.'”

In a separate post via Facebook, Ham, who offers numerous resources on AiG for kids and families, reiterated that what we are seeing on kids’ channels is “another warning that ‘secular’ is not neutral.”

Tony Perkins, President of Family Research Council in his recent article, “Networks Change Their Toon for Pride Month,” explained that networks such as Nickelodeon are waging a “full-blown assault” on morality:

There are lots of parents today who wouldn’t think twice about sitting their kids down in front of the Disney Channel or Cartoon Network. And that, conservatives warn, is exactly the problem. Like so many other moms and dads, they’re expecting the same kind of harmless storylines they watched in the 70s and 80s. What their children are seeing is anything but.

Say goodbye to the regular plot lines of Blue’s Clues and Scooby-Doo — and hello to a 21st century lesson in transgenderism, sex, homosexuality, non-binaries, and drag queens.

This is just the beginning of Nickelodeon’s full-blown assault on mainstream morality.

The Bible instructs parents in Proverbs 22:6 to “Train up a child in the way he should go: and when he is old, he will not depart from it.” We should be training up our children with Biblical truth! This verse is all the more relevant in a world where our children’s innocence is continuously in the crosshairs.