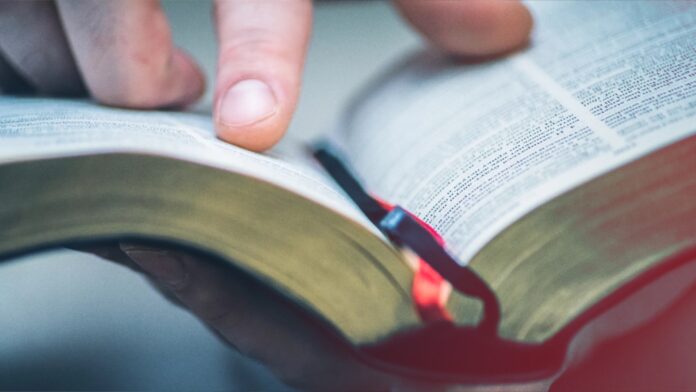 Foreigners will be unable to speak freely about God in China, should a new communist bill be put into law.

According to AsiaNews.it, visitors to China would be subject to several significant restrictions regarding their religious activities. A draft of the new law entitled “Foreign Religious Activities in the People’s Republic of China” was recently released by the State Administration for Religious Affairs (SARA). It forbids missionary work and even religious services conducted by foreigners for Chinese nationals.

“To enhance the sense of ‘independence’ and ‘autonomy’ of Chinese religions, religious activities by foreigners can only involve foreigners, even if they can, sometimes and temporarily, use local ‘temples or churches’, and ask Chinese personnel to perform religious services or sacraments (Articles 17 and 20),” AsiaNews reported.

“Foreigners are also not allowed to set up religious groups, engage in activities, or open schools, proselytise among Chinese citizens, recruit followers, or accept donations from Chinese citizens (Article 21).”

“Under Article 21 (1) of the draft, a foreigner may not ‘interfere in and dominate the affairs of Chinese religious groups,’” AsiaNews stated.

The proposed legislation contains 40 articles detailing the extent to which foreigners and Chinese may meet, discuss religion, and share religious materials. AsiaNews suggests that the draft treats religious foreigners in China as if they were spies.

“Chapter 4 (Articles 30-36) is impressive because it includes ‘punishments’ under the law and cites laws and regulations governing religious activities and public security and anti-espionage legislation,” the news magazine wrote.

“The proposal seems informed by the view that religious activities by foreigners are part of an ‘espionage’ operation.”

Whereas SARA makes a show of respecting the religious beliefs of foreigners, it regulates their own religious services, even when they remain separate from Chinese nationals.

“Although Article 4 states: ‘China respects the freedom of religious belief of foreigners in the territory and protects the religious activities of foreigners in the territory according to the law’, every individual and group, and every activity must be subject to very strict conditions and must be verified by the Religious Affairs Office at the city, county, province, and national levels,” AsiaNews reported.

Foreign religious communities or chaplaincies for foreigners will be forced to register and wait 20 days for authorization from SARA to conduct religious activities. Oddly, they will have to register in Chinese.

Meanwhile, there will also be a cap on the amount of religious materials foreigners may bring with them into China, for example, only 10 copies of a book, video or brochure. These, too, must receive Chinese authorization. AsiaNews wrote that Article 25 stipulates that to bring the material into the country, “applicants must supply documentation explaining its content, which must not ‘endanger China’s national security’ and must not be contrary to the ‘principle of Chinese religious independence and self-management.’”

The proposed new law envisions “cultural and religious exchanges” between China and the outside world, the foreigners being invited to “conferences, courses or sermons.” However, these would have to guard their tongues and refrain from activities the Chinese Communist Party (CCP) deems “hostile to China,” and also wait for permission from SARA to attend.

“Given such restrictions and red tape, foreign religious groups will struggle to set foot in China,” AsiaNews concluded.