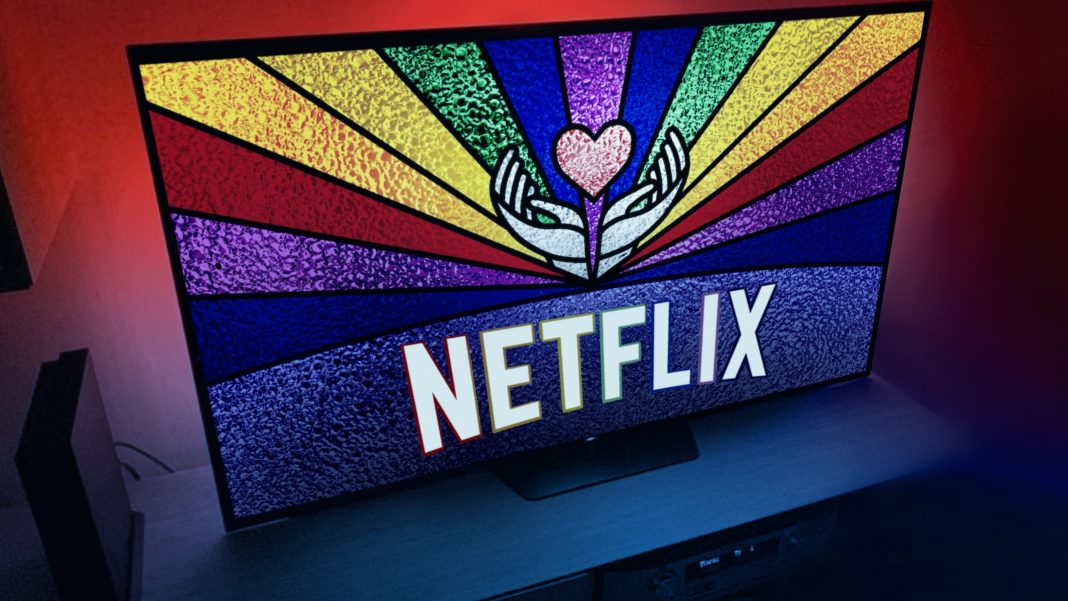 Netflix recently debuted a documentary titled Pray Away, aimed at discrediting reparative therapy for those who experience unwanted same-sex attraction while also undermining and impugning the testimonies of legions of men and women who have left homosexual lives behind and who continue to experience freedom in Christ.

The movie profiles several early leaders of the “ex-gay” movement — epitomized in the now defunct Exodus International organization — which began in the 1970s, and who have since disavowed their participation and returned to homosexual lives.

Pray Away comes at a time when the number of people who formerly identified as homosexual or transgender is on the rise and are becoming increasingly visible in the public square via the “Changed Movement” and “Freedom Marches” which have been held in major cities across America.

It also comes at a time when new research studies are underscoring the damage being done by the widespread suppression of sexual orientation change efforts for those seeking to deal with unwanted same-sex attraction.

Nobody was told go home and ‘pray away the gay’

“I was first struck by the misleading nature of the title, ‘Pray Away,’” said Joe Dallas, director of Genesis Christian Counseling in California, in an online video discussion hosted by Restored Hope Network.  “I don’t recall anybody telling anyone that if you were dealing with same-sex attractions, just go home and pray them away.”

As a young man, Dallas, now 66, was an active homosexual and has since devoted his life to ministering to the same-sex attracted.

“As I recall, we had sponsored conferences for decades to help equip people to deal with their sexual feelings,” said Dallas.  “So, it’s quite a misrepresentation to say that we have simply offered the advice, ‘pray away.’”

Dallas said that the term “conversion therapy” is misleading and used as a pejorative to describe counseling offered to those dealing with unwanted same-sex attractions.

“The end game is to tell the Church what it may or may not say about sin.”

Bottom line of Pray Away: Punishing the same-sex attracted who follow their convictions

Elizabeth Woning, co-founder of the Changed Movement, said that the documentary punishes any homosexual person who wants to follow their own convictions.

“The bottom of this film is that if you’re gay, and your convictions would lead you out of the gay community and towards a life that would be ‘heteronormative,’ that would reflect a biblical sexual ethic, you are internalizing your own homophobia, and you are at fault,” she observed.

Members of Changed unanimously declare, “We left LGBTQ because we wanted to.”

Interestingly, Paulk, a former lesbian, was once married to John Paulk, one of the former leaders of Exodus International prominently featured in Pray Away.

The movie asserts that large numbers of those who try to escape homosexuality become suicidal because they are deny their true selves.

“Nothing made me more suicidal than believing my life and whole identity was wrapped up in [homosexuality],” said Gabriel, a pastor, who was a former homosexual man, now married to his wife and the father of one with two on the way.

“I have yet to be convinced or shown what makes someone gay outside of sex and knowing that – I was dying from lack of purpose and identity until Jesus saved me,” continued Gabriel in a Facebook posting. “My story is literally one of thousands of people who are daily waking up to the goodness of God and choosing to carry our cross out of love for Jesus.”

Don’t pray away the gay; pray away pride and repent

Pray Away is “yet another thinly veiled attack on Christianity by Hollywood,” said Beckett Cook, another former homosexual in a commentary titled, Netflix’s ‘Pray Away’ Seethes with Contempt for Christianity.

Cook should know: He spent much of his career working in Hollywood.

“The secular world will eagerly lap up this one-dimensional film with a side of relish,” he continued.  “Misunderstanding and mischaracterizing the Christian life is a favorite pastime of Hollywood—as I know from experience. Faithful Christians are consistently portrayed as buffoons while, in this particular film, the ex-ex-gays are beacons of enlightenment.”

“But do not be deceived,” cautioned Cook, author of A Change of Affection: A Gay Man’s Incredible Story of Redemption and host of The Becket Cook Show on YouTube.  “Eternity will show that those who choose to live according to God’s beautiful purposes for sexuality — rather than taking pride in their own self-made sexual morality, however acceptable it becomes — are the ones on the real right side of history.”

“My plea to those in the LGBTQ community is to realize this before it’s too late — not to ‘pray away the gay,’ but to pray away your pride and repent. The treasure of eternal life with Jesus is worth the struggle of living a wisp of time here with longings unresolved and desires denied,” he concluded.

Greg Quinlan, one of many former LGBTQ who came to Washington, D.C. in June to lobby against the so-called “Equality Act,” which threatens to hinder severely those seeking to deal with unwanted same-sex attraction and gender dysphoria, made a simple statement which crumbles the foundation of Pray Away.

“Homosexuality,” noted Quinlan, “doesn’t have to last a lifetime.”

Jeffrey McCall, a Christian who was featured in the documentary, stated that “Pray Away” has a “clear agenda to stop conversion therapy practices.”

“I chose to partake in this documentary to make sure there were multiple viewpoints in the film and that those who do need help and are questioning their sexuality can have safe places to come and know they have a family of believers who understand their struggles,” he explained. “I wanted to share my story with the filmmakers to let them see someone’s life who had been saved from suicide and depression by Jesus.”

“I would love to remind the LGBTQ their value to Jesus,” McCall continued. “He shed his blood for them and values them highly. He wants their hearts and all of their heart. I want to remind everyone of the goodness of God and that he says anyone who will turn from sin and put their faith in him shall be saved. God is beyond fair. We don’t have to work for our salvation but can receive Jesus by faith.”

Both Hollywood and politicians want the population to see a distorted picture of reality regarding “conversion therapy.” They want people to imagine a picture of barbaric abuse and mental imprisonment. This picture runs in direct contrast to reality of the Gospel.

Ken Ham, Founder and CEO of Answers In Genesis, in his article, “Conversion Therapy Bans Are a ‘Trojan Horse,'” wrote:

Steve Chalke, a pastor who has utterly rejected the clear teachings of Scripture on sexuality as well as the gospel, argues that “even traditionally Christian expressions of support for those struggling with unwanted same-sex attraction and the offer of prayers [is] ‘psychologically abusive,’ and stated that Christian teaching on sexuality that taught people ‘that their desires are ‘sinful’’ is dangerous because it ‘only contributes to the already high levels of mental health issues reported among people from the LGBT+ community.’”

Ham took to Twitter on Wednesday, in response to an article about a Church in British Columbia. The church faced extreme backlash after stating on its website that they believe homosexuality and same-sex marriage to be “a violation of God’s intention for marriage and sexuality as laid out in the Holy Bible.”

After this was discovered, letters threatening violence against the church were sent and protests began in front of the building. The protesters held pride flags and a sign which read… “You can’t pray the gay away”… Doesn’t that sound familiar?

For an increasing number of secularists, if you disagree with them, what you say is deemed hate speech. It’s a reminder that people are not neutral, as God’s Word states, “For the mind that is set on the flesh is hostile to God, for it does not submit to God’s law; indeed, it cannot.” (Romans 8:7). And there’s certainly an increasing antagonism from such people against the Christian worldview based on God’s Word.

These anti-God people don’t want Christians to have freedom for their beliefs based on the bible. Be warned, “Indeed, all who desire to live a godly life in Christ Jesus will be persecuted” (2 Timothy 3:12). How long before these people are calling for banning the bible? That’s already so in some countries & has happened many times in history! Secularist intolerance is increasing.