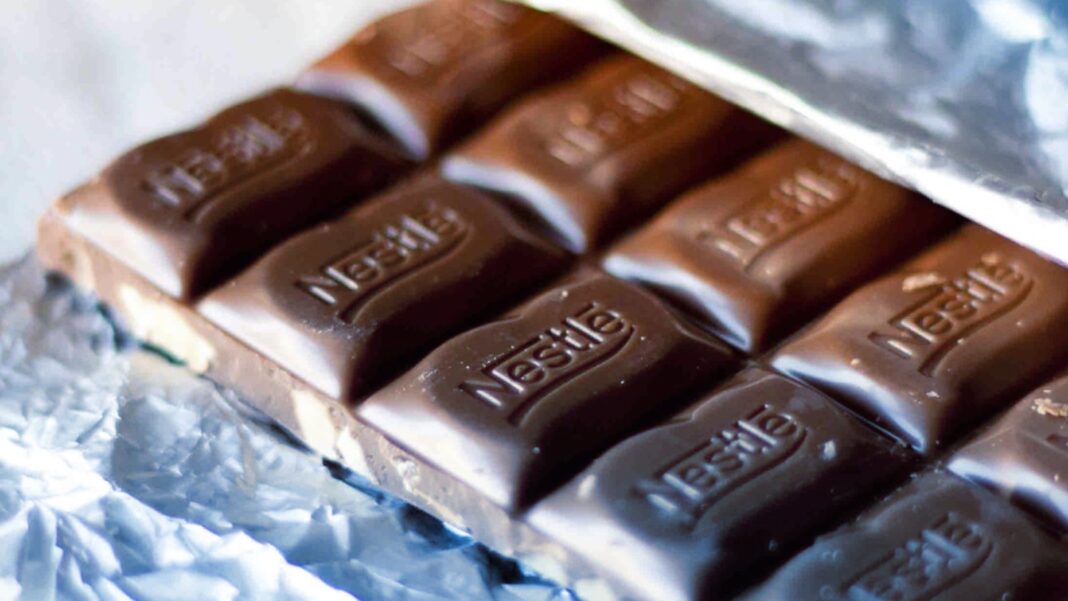 Some companies just can’t resist touching the hot stove. Despite all of the grassroots pushback in Georgia — all of the boycotts and outrage and public opinion polls — two major U.S. brands have decided to wade into an even more controversial debate by launching a massive pro-transgender push for minors. In a stunning op-ed for USA Today, branch chiefs for Mars and Nestle announced Wednesday that they’re coming for your kids in any state that’s fighting for girls’ sports or age limits on gender transition. We will “us[e] our influence,” they warn, to crush fair competition, protections for children, and even religious freedom. And they’re calling on every CEO in America to join them.

“We must move beyond only public statements of support for LGBTQ+ issues,” Mars’s Brad Figel and Nestle’s Molly Fogarty write. “These bills are bad for families, for communities, for businesses and for the U.S. economy,” they argue without citing a single scrap of evidence. They gush over Governor Asa Hutchinson’s (R-Ark. ) cowardly veto of Arkansas’s SAFE Act and urge other states to follow his example. It’s “draconian,” they insist, to outlaw gender mutilation for kids or stop biological boys from competing against girls. If states don’t agree, then they think companies need to get in the political trenches and fight them. Then, when they’re done with that, they can move on to wiping out freedom altogether by advocating “for the swift passage of Equality Act.”

With that much activism, who has time to sell candy? And in this heated climate, who will buy it? Considering the backlash against Coke, Delta, Major League Baseball, and Patagonia, this is an incredibly tone-deaf move for the makers of Twix, Starburst, and M&Ms. The American people have made it quite clear that they’re fed up with corporations picking sides in politics. Just this week, three-quarters of the country said companies should stay out of politics, and a solid majority (64 percent) said they’d walk away from the ones who didn’t. Obviously, that message didn’t make it to Skittles’s headquarters.

But the message that this doesn’t sell chocolate might. On Wednesday’s “Washington Watch,” Stephen Soukup, who just wrote a book called The Dictatorship of Woke Capitalism, said no one should be under the illusion that these are smart business decisions. The data doesn’t suggest that it’s profitable for these companies to go out on a cultural limb, he points out. “I don’t think there’s any reason for them to believe that.” Over the past 20 years, he’s watched political correctness chip away at these big brands and said that most of the CEOs he’s talked to fall into two categories: the true believers (the honest woke) and a much larger group of executives who don’t buy the radicalism they’re embracing — they’re just terrified.

“They’re scared of their employees. They’re scared of outside activists, and they’re scared of some of their more prominent and larger activist shareholders. And that’s primarily what motivates them — their fear that if they don’t do something, that they’re going to suffer the consequences.” A lot of these large asset management firms, he says, have made it a “very public priority” to push corporations “either to change their behavior or [to] use their leverage as large shareholders to change executives, to change boards of directors, and to change bylaws of the company.”

Over last several years, these activists have quietly managed takeovers in “media and entertainment and education and mainstream religion. Now they’ve finally reached the last institution that had been resistant to this, which is Big Business,” Stephen explains. And the bolder and more outspoken these CEOs become, the bigger their fault lines with the Republican Party, Politico warns. The GOP “wants to make woke corporations pay — literally.” And if the uproar in Georgia is proving anything, it’s that old alliances don’t matter. Republicans aren’t going to shy away from hitting businesses, regardless of their shared economic agendas. This aggressive pushback “is putting corporations in the uncomfortable position of having to straddle both the Left’s calls for social justice and the Right’s unexpected threats to their bottom line.” Russ Vought, Donald Trump’s former OMB director, insists this strong GOP response “is the successful playbook for how these fights will be won moving forward.”

As for everyday Americans, Stephen says, there’s plenty they can do. “There are two different strategies — an immediate and a long-term strategy. The first is to understand what’s going on, to learn who’s responsible… and then to take back what’s yours. Take back the capital that you’ve invested in your retirement fund, in your 401k and your IRA — and use that more specifically to invest in funds or in corporations that don’t promote political ideas above shareholder value.” He suggests looking over your quarterly statements and making sure you know where you’re investing. “If you see BlackRock or State Street or even Vanguard,” beware. “They are directly contributing to this idea that corporations should be overtly political.” (Hear how in his interview.) “Likewise, take back your consumer dollars and spend them where you feel comfortable.”

The second strategy, he insists, will take patience. “It’s not going to be easy… but we’re going to have to make the long march back through the institutions. We’ll have to take these institutions back that the cultural Left took over the last century — and that’s going to take probably several decades. So it’s not something that we can anticipate starting now and being done with it the next couple of years. It’s going to be a long, hard slog.” But worth it.

In the meantime, make sure you’re voicing your opinion with any company that’s stepping outside of their lane to attack your values. Email Nestle and Mars or tweet them @Nestle and @MarsGlobal and tell them to stop this deadly game of transgender activism for children.