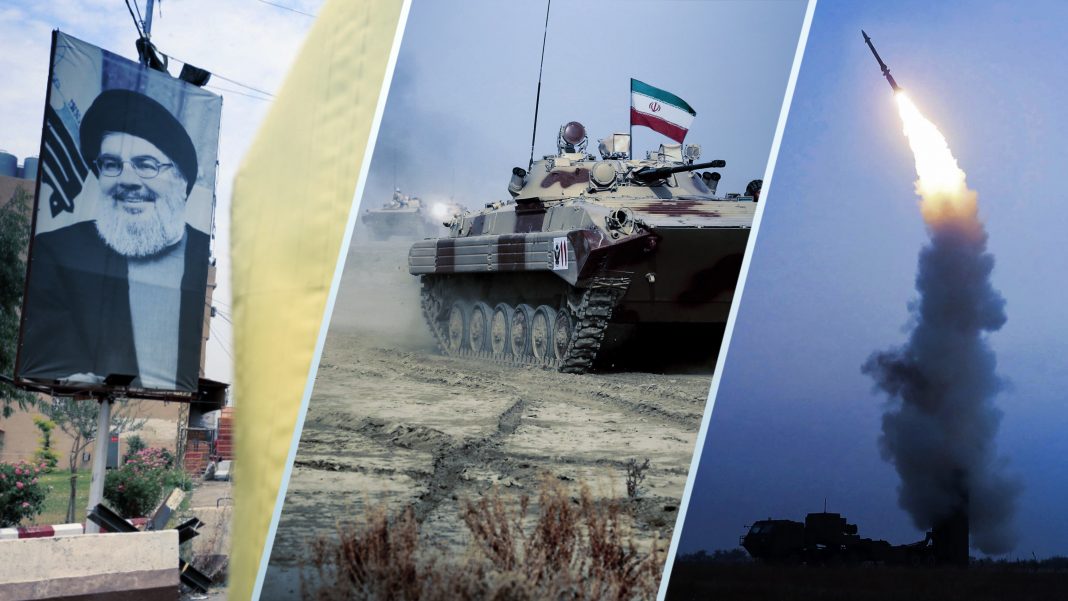 Last week I told you about leftist congressmen pulling funding for Israel’s Iron Dome missile defense from the U.S. budget. This news led to an uprising within congress and amongst many in the country. South Carolina Rep. Joe Wilson said, “The Democratic Party has come under an extraordinary, bizarre influence of a group of anti-Semites who also hate the state of Israel.” Thankfully, many others recognized this and the House ended up passing the funding by a vote of 420-9. Several of the left-wing congressmen could be seen crying after the vote. On behalf of Israel, let me say, “Thank you, America and Congress, for standing up for what is right!” If you would like to watch my Breaking News Update on this subject, click on the link.

Tensions continue to grow between Iran and Azerbaijan because of a trucking dispute. But it isn’t just the transportation issue that has them upset. The Israeli ambassador to Azerbaijan held meetings with the country’s Chairman of the State Customs Committee, Safar Mehdiyev, who said, “During the meeting with Ambassador of the State of Israel to the Republic of Azerbaijan George Deek we talked about the mutual relations, exchange of information and experience, prospects of joint cooperation between the customs bodies of the two countries.” Saeed Khatibzadeh, Iran’s foreign ministry spokesman, was quick to respond, saying, “Iran will not tolerate the presence of the Zionist regime near our borders.” Yesterday, Iran ramped up the tension even more when the intelligence chief issued a direct warning to Israeli and American bases located in the territory of Kurdistan. This was after the commander of the Iranian Revolutionary Guard Corps’ (IRGC) ground forces threatened earlier in the day that if they did not evacuate, they would be attacked. The final provocation was a report from an in-depth investigation that revealed one of the explosions in its nuclear facilities was carried out using technology that came across Azerbaijan’s borders. Said Tehran, “Iran is well aware of the Israeli movements and technologies that are used in spy bases in Azerbaijan.”

As a result of the above, Iran is set to hold its largest military exercise in two decades on the border with Azerbaijan. They have moved a massive number of troops to the border, units trained with UAVs, and, last night, their air defenses to the same area putting them on full alert. This is an obvious threat against both Israel and Azerbaijan. If there was any doubt, one only need look at the name of the exercise – “Conquerors of Khaybar”. In AD 628, Muhammad attacked the Jews living in an Arabian oasis of that name. The battle ended with the surrender of the Khaybar Jews who were only allowed to live if they gave a yearly tribute of half their produce.

In another example of the waning influence of this current American presidential administration, both Iran and Venezuela said, “U.S. sanctions? What U.S. sanctions?” and agreed to a deal that would ship Venezuelan heavy oil to Iran in exchange for Iranian condensate. Hard to imagine this happening during the previous four years.

In other oil news, the Gulf states are celebrating the price per barrel approaching $80. The world has come a long way since spring 2020 when the previous U.S. president had driven the price down to single digits and America was energy independent.

In a move that absolutely everybody saw coming, Iran did not honor the signed agreement to allow access by the International Atomic Energy Agency (IAEA) to their centrifuge site in Karaj. Despite U.S. threats, Tehran responded, “Inspectors will not be allowed in.” By the end of the year, I believe that the world will either see a nuclear Iran or a major strike on Iran’s nuclear capabilities.

Two people died in a fire at an IRGC research center in western Tehran. While the cause of the fire is unclear, sources say that it was actually a failed missile launch.

Speaking of Iranian missiles, Syrian sources say that Iran has 30,000 missiles stored in their country. Reports have also surfaced that Iranian nuclear waste has made its way into Syria in trucks driven by men in hazmat suits. It is alleged that this is being gathered to make “dirty bombs”.

This week’s “Showmanship Award” goes to North Korea. On Tuesday, just as the country’s ambassador to the United Nations, Kim Song, called on the United States to end joint military exercises with South Korea and remove strategic weapons from the peninsula, the nation fired a new short-range Huesong-8 supersonic missile off its coast. They were also runners’ up for the “Mixed Messages Award”, since just three days earlier Kim Jong-un’s sister said that the country would consider holding talks with South Korea to discuss declaring an official end to the Korean War.

In another speech in the UN General Assembly, Palestinian Authority (PA) Chairman Mahmoud Abbas, also known by his nom de guerre “Abu Mazen”, dished out more of the PA’s usual threats against Israel. He demanded that Israel withdraw to its 1967 borders. If the country refuses to do so, the PA will turn to the International Criminal Court at The Hague. In Israel, there was an official nation-wide one minute long “Shaking in Our Boots” declared, then we moved on with life.

A remarkable conference took place in Erbil, located in Iraq’s Kurdistan Region. The Iraqi participants had all gathered to encourage a normalization of relations between Iraq and Israel. Shiites and Sunnis called on their country to join the Abrahamic Agreements. It’s no surprise that when word got out, insanity ensued. The Supreme Court of Iraq has issued detention orders for participants. Key speakers and organizers have gone into hiding. Shiite militias have not only issued death threats but are threatening to intensify terrorist attacks in the region.

The U.S. and Qatar have imposed joint sanctions on the terrorist group Hezbollah. In a formal statement, Andrea Gacki, director of the Treasury Department’s Office of Foreign Assets Control, said, “Hezbollah seeks to abuse the international financial system by developing global networks of financiers to fill its coffers and support its terrorist activity.” The sanctions targeted seven people and one entity. Despite this positive action, the Biden administration is withholding from Congress an important report on Hezbollah’s financial empire. The information contained could be very helpful in action against the terrorist organization.

Hezbollah has been dishing out its share of rhetoric. Deputy Secretary General Sheikh Naim Qassem said on Friday that every attack by Israel on Lebanon will get a response. This is true even if it means war. And if you think that they might be outgunned in a shooting match, Qassem assured the world, “We have our ways of rearming ourselves.”

Earlier in the week there was an airstrike on Syria. Surface-to-surface missile launchers were destroyed, and multiple casualties were reported. Most believe that it was carried out by Israeli fighters. On Sunday, the IAF became even stronger when it gained three more “Adir” F-35I fighter jets which landed at Nevatim AFB to join the IAF’s “Lions of the South” squadron. In Hebrew adir means “mighty”.

Israel is not just buying weapons; it is selling them. The Czech Republic has agreed to purchase Israel’s Spyder surface-to-air missile defense system for a reported $627 million. Included in the deal are four batteries which are expected to arrive by 2026.