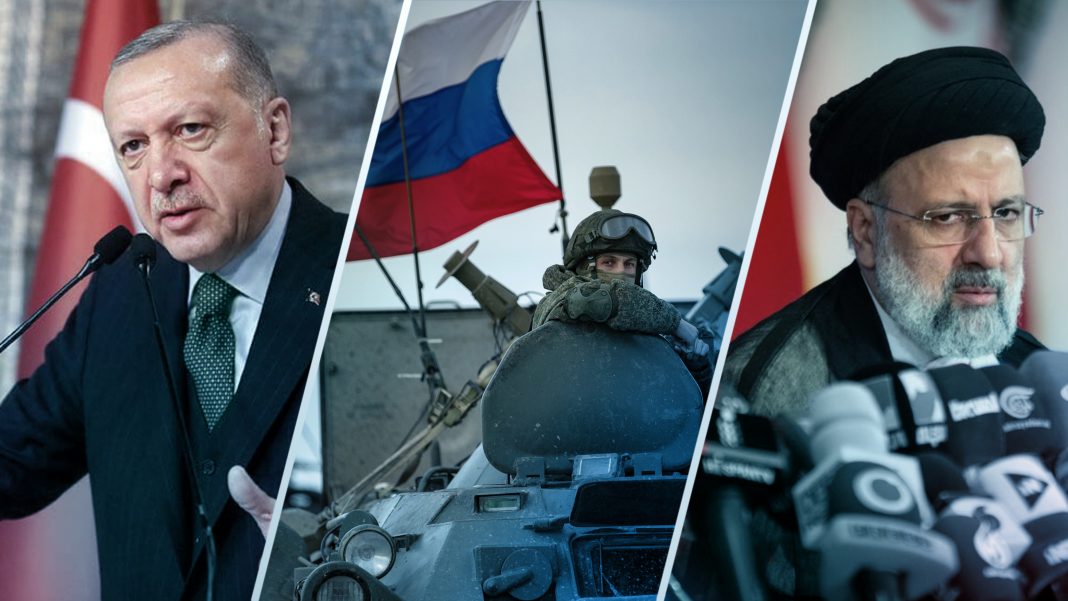 Claiming that the new government needs time to catch up on the country’s strategies, Iran has put a halt to nuclear discussions for the next several months. Foreign Minister Hossein Amir-Abdollahian stated, “We are not seeking to flee the negotiation table…. The other party knows full well that a process of two to three months is required for the new government to establish itself and to start taking decisions.” This preparation time is unusual for the Iranian religious regime, since the ability to say one thing and do another typically comes quite naturally.

In other Iran news, the opposition within the nation has made the accusation that COVID has hit the country much harder than the regime claims. According to their numbers, 40 million have contracted the virus and over 400,000 have died. Both of those numbers are ten times what Iran’s internal government records show.

Panjshir Valley, the last Afghan resistance holdout to the takeover by the Taliban, has finally fallen. While National Resistance Front (NRF) chief Ahmad Massoud says he is still free and promises to continue the fight, he is also making overtures for peace talks. There is evidence that the NRF has had to battle not just the Taliban, but Pakistan and Al-Qaeda. Taliban leadership has promised that there will be no reprisals against “our brothers” of Panjshir if they will lay down their weapons.

The Taliban is angry and disappointed after realizing that Afghan National Army helicopters had been rendered permanently inoperable by U.S. troops before they departed. They believed the equipment to be a national asset and that the military aircraft could have been of great use for them – which, of course, is the very reason why they were rendered permanently inoperable.

Mullah Hasan Akhund has been named by the Taliban as the acting prime minister of the new government. Akhund is a political figure who has led the Taliban’s decision-making council for a long time. Taliban co-founder and long-time number two man, Abdul Ghani Baradar, was chosen to be deputy prime minister. He has been one of the primary faces of the Taliban for quite a while and is known for his negotiating skills. Six countries have been invited to take part in the formal announcement of the new government – Turkey, China (who the Taliban call their “main partner”), Russia, Iran, Pakistan, and Qatar. A person is best known by the friends they keep. The same is true of a nation.

Last Friday, the Israeli Air Force (IAF) launched a series of rockets at Syrian depots which contained missiles that had recently been flown in from Iran. Recently, a senior Israeli general stated that there are many Iranian precision guided missiles aimed at Israel from Syria. Also targeted in the airstrike was the Center for Scientific Research in Jamraya, near Damascus – a site previously linked to chemical weapons attacks. In response, Syria fired a series of anti-aircraft missiles at the incoming weapons. Most of the rockets fell into the sea, but portions of one missile landed in Israeli territory. The IAF responded by destroying a Syrian SA-5 missile battery.

A Russian-brokered ceasefire went into effect in Daraa al-Balad, a district less than a hundred km from Israel’s Golan Heights. Because of this, one can now find the flag of Russia flying next to the flag of Syria almost within sight of Israel’s border. One more evidence that we are in the days of Ezekiel.

Lebanon’s fuel shortage continues to be on the minds of many. Recently, I let you know about an Iranian oil tanker bound for Lebanon, in direct violation of sanctions. The reports are that it will dock in Syria, and Hezbollah has arranged transportation and protection for the fuel to be trucked into Lebanon. A visiting delegation of four Democrat U.S. senators in Beirut warned that importing that Iranian oil could have “severely damaging consequences”. As an alternative, they pushed for immediate formation of a Lebanese government that could begin reforms. Talks also resumed to reopen the Arab Gas Pipeline which has fallen into disuse and disrepair over the last ten years. This pipeline is a perfect testament to how so many Arabs hate Israel more than they love their own people. Rather than simply running a straight shot through Israel, this pipeline extends from Egypt south of Israel, through Jordan, through Syria, before reaching Lebanon, traveling twice as far and going through hostile territories filled with terrorist groups.

Speaking of pipelines, the last phase of the Nord Stream 2 natural gas pipeline was completed which connects Russia with Germany. Traveling through the Baltic and bypassing Ukraine, this line will greatly increase the capacity afforded by the original Nord Stream when it begins operation in October. This dependence by NATO countries on Russia for fuel was strongly criticized and condemned by the previous U.S. president. The current administration, however, does not have the gravitas to challenge America’s allies.

Saudi Aramco facilities went on lockdown in Dhahran following a ballistic missile attack by the rebel Houthis in the region. It is unclear whether the explosion that led to the lockdown was caused by the missile being intercepted or landing. In other Houthi news, Yemeni security forces arrested Hassan Ali Yahya al-Imad, one of the terrorist group’s most dangerous ideologues. He was caught as he tried to re-enter Yemen from Iran while disguised as a woman.

Right now, the world is laughing at Israel. At 1:30am Monday morning, a Palestinian prisoner’s head poked up through the dirt like a meerkat surveying its surroundings. Seeing the coast was clear, the prisoner climbed out of the hole in the ground just outside the prison walls followed by a second and a third and a fourth until six convicts had escaped. When the breakout was discovered, a manhunt ensued which to this moment remains fruitless. This escape has made Israel the laughingstock of the world as global media has jumped on the weakness of this new government that allowed these prisoners to evade, as The New York Times put it, “40 prison guards, three watchtowers, two walls, two barbed-wire fences, and a pack of sniffer dogs.” Among the six prisoners were five members of the militant Islamist group Palestinian Islamic Jihad, and one notorious member of the Aqsa Martyrs’ Brigade, a group closely tied to Fatah. This escape has emboldened the militant Palestinians, and Israel is seeing violence and uprising in the West Bank, Gaza, and East Jerusalem on a scale that nears the last Intifada. The government of change in Israel has certainly changed much. Within three months, Israel’s image is shattered to pieces. From a super-power, we are now held as a joke in almost every aspect. Although it saddens me greatly, I also recognize that it is this perception of weakness that will enable the fulfillment of the Ezekiel prophecies.

Hamas and their underlings continue to launch explosive balloons from Gaza, igniting new fires in the Sha’ar Hanegev Regional Council of Israel. The IDF responded with airstrikes that hit a training compound and rocket production site.

In good Israel news, the nation has signed a contract with India to sell 100 SkyStriker UAVs. The drones themselves will be manufactured in Bengaluru (Bangalore), Karnataka, under a joint venture between India’s Alpha Design and Israel’s Elbit System. These kamikaze drones have proven themselves very capable whether in direct strike or loitering mode.