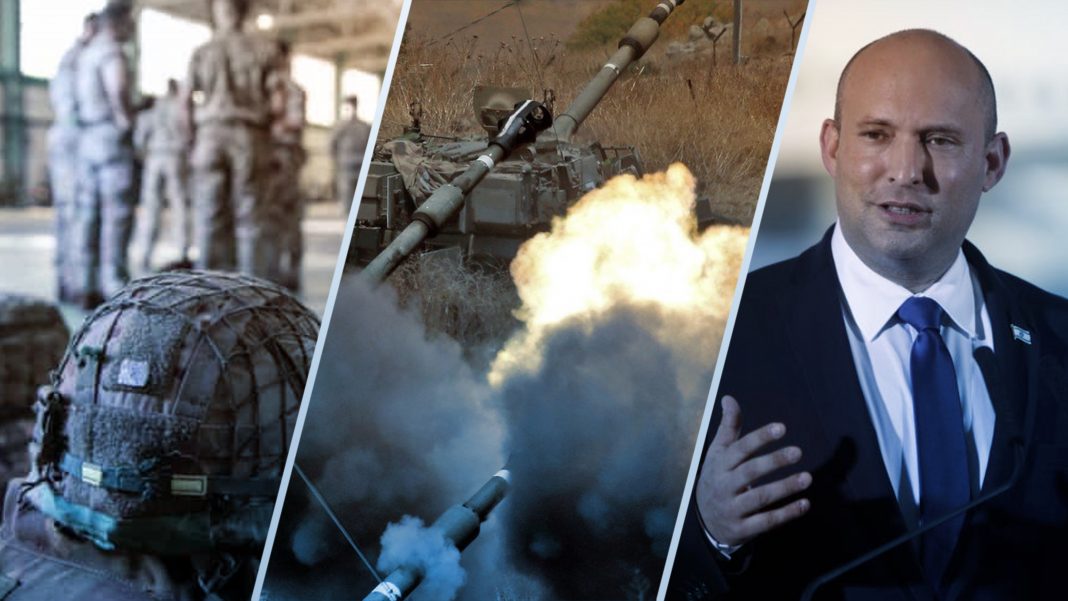 Nineteen rockets were fired from Lebanon at towns in the Golan Heights and Upper Galilee on Friday. Ten of the rockets were intercepted, six landed in open areas in Israel, and three never made it across the border dropping in Lebanon. One of those responsible was later identified by name and is well known as a Hezbollah militant.

The responses to this attack were interesting. The response of the Druze population in southern Lebanon, whose faith developed out of Islam but who do not identify themselves as Muslims, was to immediately capture the rocket launcher and the ones launching the rockets. Angry at Hezbollah for the potential retaliation coming from Israel, the Druze drove the terrorist militants out of the area, calling them “dogs” as they chased them away. The response of the Lebanese military was to come and confiscate both the launching equipment and the militants. The response of Hezbollah, which has its fingers in every level of government in Lebanon, was to have the military release from custody both the launcher of the rockets and the rocket-launching truck. The response of Israel has essentially been non-existent. An Arab member of the Israeli Knesset tweeted that thanks to the Arab support of the “government of change”, Israel would have no military response to the rocket attack. Israel’s enemies are watching its new-found weakness and are rubbing their hands together in glee.

That was all in northern Israel. In the south, Hamas continues to release incendiary balloons across the Gaza border causing numerous dangerous fires. On Friday, the Israeli Air Force (IAF) took action, striking a launching pad for the weapons and another Hamas structure.

Iraq continues in a state of crisis. ISIS has destroyed 27 high voltage towers in the past week as temperatures hit record highs. Iran is limiting the flow of electricity into Iraq, claiming the failing country owes billions of dollars. On Tuesday, the mayor of the central Iraq city of Karbala was assassinated by a gunman who fired three bullets into his chest. Meanwhile, the government of Iraq denies that anything is wrong. Iraq is falling apart.

Afghanistan can also go into the “falling apart” category as the Taliban continues their northeast blitz. The international airport was attacked by the insurgents on Sunday and all flights were canceled. They then took over the military airport near Kunduz. Like the civilians who are offering no resistance to the militant forces, the military defending the airport abandoned their weapons and ran away leaving all the aircraft on the runway. There is still a small Afghan army left who are standing up against the onslaught. In airstrikes on Saturday, they confirmed killing more than 200 Taliban in Sheberghan before the city fell to the insurgents later that day.

The Iranian oil tanker “Wisdom” was rocked by an explosion while in dock at Latakia, Syria. The ship was empty and was undergoing maintenance at the time. Speculation is that the tanker, which is used to transport Iranian oil to Syria, was the latest in a series of maritime attacks between Iran and Israel. Meanwhile, the commander-in-chief of Iran’s Islamic Revolutionary Guard Corps (IRGC), Major General Hossein Salami, said that one mistake on the part of Israel will lead to the “war of their death.”

There is one area where Iran and Israel can find common ground – they are both the victims of Chinese hackers. China has hacked dozens of Israeli public and private sector groups, as well as groups in Iran, Saudi Arabia, and a variety of other countries. The massive cyber-attack appears to be part of a long-term spying strategy in the area of technology and business competition and advancement, rather than a desire to harm any of the target countries or businesses.

In good news, the Israeli and U.S. Air Forces just completed a one-of-a-kind military drill called “Desert Eagle”. Israel’s military stated, “The aircrews practiced various operational scenarios in the air, including joint exercises against ground, aerial, and combined threats while striking designated targets.” This is an encouraging sign that the long-standing military relationship between Israel and the United States will continue with the country’s respective new administrations.