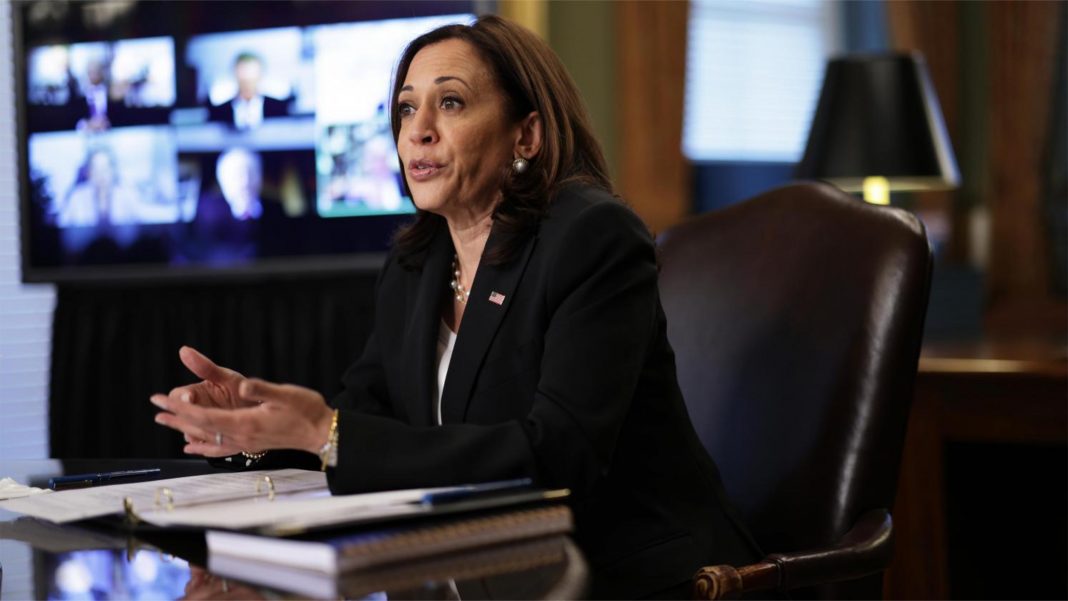 The leader of a messianic Jewish ministry says a recent comment from Vice President Kamala Harris is another example the Biden administration opposes Israel and its security, and that opposition comes with a price.

Harris was recently a guest speaker at George Mason University, located in northern Virginia, where she took questions from students after talking about voting and voter registration.

A student who identified herself as “part-Yemeni, part-Iranian” suggested to the Vice President that Israel is committing “ethnic genocide” against Palestinians and America is allowing that to happen with our support and our tax dollars.

In a meandering answer, Harris responded by telling the student that “your voice, your perspective, your experience, your truth should not be suppressed.”

That bizarre observation came just days after Democrats in the U.S. House voted for a bipartisan bill that helps Israel fund its Iron Dome air defense system. Far-left House members had forced the funding to be stripped from a spending bill but the House leadership hurriedly passed a separate bill after an uproar.

Iron Dome shields Israeli civilians from rockets fired from Palestinian terrorists, which happened as recently as Sept. 3, when 20 rockets were fired and six rockets made it through.

Jan Markell, founder and director of Olive Tree Ministries, says that exchange demonstrates another reason why Harris should not be the U.S. president one day.

“It’s surely a terrifying thought,” Markell tells American Family News. “I think things could get worse because I think there is underlying, literal anti-Semitism going on in the sentiment of many on the Left, from the top on down in leadership, in Washington.”

Regarding the U.S. role as an ally to Israel and its people, Markell says the Book of Genesis clearly warns that God curses the nation that curses Israel.

“We are in the process, as we speak here, of cursing Israel in a diplomatic way,” Markell insists. “Her comments that were made to that student were obviously ludicrous but it bodes very, very troubling for the future. That’s an understatement.”

The Bible has a great deal to say about supporting the Jewish State. Whether as an individual, a business, an organization, or a nation, we are all called by the true and living God to bless Israel.

Genesis 12:3 KJV – “And I [God] will bless them that bless thee [Israel], and curse him that curseth thee: and in thee shall all families of the earth be blessed.”

Since the nation of the Jewish people was miraculously reborn — just as God prophetically promised (Ezekiel 36-17, Isaiah 66:7-9, Matt. 24:32-34) — people have attempted to delegitimize and demonize them.

We live in times when people will increasingly come against God’s chosen people and their eternally promised capital Jerusalem (Zechariah 12). Our world is setting the stage for the Tribulation, which is referred to in Jeremiah 30:7 as the “Time of Jacob’s Trouble.” In this time, Israel and the Jewish people will face unprecedented antisemitism, even far above that of the holocaust!

The BDS movement today has sought to make it “trendy” to oppose and promote false accusations against the Jewish State. The movement, instead, promotes the support of Palestinian groups whose primary goal is to wipe Israel off the map through acts of terrorism.

The anti-Israel bias and propaganda we are witnessing today is a harbinger of future events. It is increasingly vital that Christians work as a restraining force to this evil until we are “caught up” or Raptured by our Heavenly Father. We do this by standing with Israel and shining a light of Biblical truth in the midst of false information.