In honor of so-called “Pride Month,” “progressive” Christian author Jen Hatmaker published an episode of her podcast featuring her daughter, Sydney, announcing that Sydney is a homosexual. Her family, apparently, has known for some time and decided that it was time to celebrate this with this world.

Such an announcement should break the heart of Christians. The admission that this young woman has embraced a sinful identity will only bring hurt, brokenness, and pain as she rebels against her Creator and his Word, but also distressing is that her mother—a professing believer—has decided this is something good, to be proud of, and to celebrate. (Really this is Romans 1:32 coming to life.)

Parents are called to teach their children the Word of God and train them up in the way they should go (Proverbs 22:6). In addition, Deuteronomy 6:7 says:

Now, of course, this doesn’t mean our children will always follow and obey the Lord. They must make the choice for themselves to serve, obey, and love the Lord. But we are to provide an environment in which they know the truth of God’s Word and the gospel—not an environment where their sinful rebellion against the Creator is celebrated and affirmed as “good” when, according to his Word, it clearly is not.

Hatmaker has abdicated her role as a Christian parent. Instead of training her child in the ways of the Lord, she is condoning her daughter doing whatever she wants with her sexuality, in direct conflict with what God’s Word teaches in places like Genesis 2:24, Matthew 19:4–5, and Romans 1:24–27. She’s ultimately condoning sin. Certainly, Hatmaker needs to love her daughter, but condoning her sin is not love. Love also means you share the truth of God’s Word in pointing out sin, but do it with gentleness.

Jen Hatmaker is also considered by many to be a Christian teacher—so she should heed this warning from God’s Word:

James 3:1 KJV – “My brethren, be not many masters [teachers], knowing that we shall receive the greater condemnation.”

An article on this “coming out” podcast discussed Sydney’s younger years and homosexual desires this way:

She said it was a “painful and confusing” time when she started to realize she was gay because she was “such a Jesus freak.”

It’s hard looking back on this time and to look back on those journals because I was like 12 and 13, like fighting really hard for my own faith because I was really scared, and that time I didn’t have a single voice in my life telling me it was OK.

Sydney recalled one time feeling “destroyed” when she read a book by a pastor who went through the Bible verse by verse to show that being gay is a sin.

After reading the whole book in a day, she had a “full meltdown” after feeling “in that moment like God didn’t love me.”

In that moment, what truth did Sydney need? She shouldn’t have had a mother who told her that it was okay to practice homosexuality and embrace a “gay identity.” She needed biblical truth and the gospel. Obviously, we do not know how much the gospel—the true gospel—was taught during Sydney’s formative years in her home, church, and the Christian resources she read. But that truth is what she needed.

She needed to know that, yes, our sin (any sin) condemns us to a life in eternity without Christ. We are all sinners—every last one of us—in desperate need of a Savior because we can’t save ourselves (Romans 3:10). She needed to know that, yes, homosexual behavior is a sin against our Creator (Romans 1:24–27) who designed sexuality to be exclusively expressed in a marriage relationship between one man and one woman (Genesis 1:27; Genesis 2:24; Matthew 19:4-5). But it doesn’t stop there.

She needed to know that Christ came and died on the cross in our place, taking the penalty of death that we deserve because of our sin (2 Corinthians 5:21). If we repent and believe, we are welcomed into the family of God and clothed in the righteousness of Christ. As believers, our sin was nailed to the cross of Christ, and God remembers it no more (Hebrews 8:12). If we are truly in Christ, there is no longer any condemnation (Romans 8:1)—even if we still struggle with sin, working to defeat it by the power of the Holy Spirit at work in us.

She needed to know that the grace and mercy our Lord so lavishly bestows on us does not give us a license to sin (Romans 6:1–2). God doesn’t “wink” at our sin; rather, he disciplines those he loves (Hebrews 12:6)! She needed to know that the gospel and the indwelling of the Spirit in each believer give us new power and desire to defeat sin, live for Christ, and strive for holiness.

Sydney needed to be pointed towards other believers (for example, Emily Thomes), who have struggled with the same desires, but have not allowed sin to have mastery in their life. Instead they have persevered in the fight against sin for the glory of the God who made, saved, justified, sanctified, and loves them (1 Corinthians 6:9–11).

Sydney said she wanted Christians speaking on this issue to know that those who may identify as LGBTQ might be listening to their words, so if there is anyone who struggles with the sin of homosexual behavior reading my words, here’s what I would like to say:

“You shall know the truth and the truth shall set you free” (John 8:36). Yet our culture is selling a lie that embracing an LGBTQ identity will bring happiness and freedom. God’s Word teaches that the truth (and truth is found in God’s Word and the person of Jesus Christ) sets someone free.

The truth is that God created you, but, like everyone else, you have a sin nature that desires what is contrary to God and his Word. He knows that and isn’t surprised by it. That’s why he came in the person of Jesus Christ to die on the cross for you.

He took your place so that you don’t have to die in your sins! Romans 10:9 says that by confessing Jesus as Lord and believing God has raised Jesus from the dead, you will be saved. Saved from sin, saved from death, and saved from the eternal punishment we all justly deserve.

You can turn to Christ just as you are! But he won’t leave you there. By his Word and his Spirit he will sanctify you, to make you more like his Son as you put to death what is earthly in you (Colossians 3:5).

As his child, you are loved with an everlasting love (Jeremiah 31:3), and nothing can separate you from his love (Romans 8:35). But that is not permission to sin (Romans 6:1–2)—it should motivate you to live for him and his glory in all areas of your life—including in regard to your sexuality, remembering that “you are not your own, for you were bought with a price. So glorify God with your body” (1 Corinthians 6:19–20).

As a believer, your identity is not in your sexuality. It is in Christ Jesus who gives you new and eternal life: “therefore, if anyone is in Christ, he is a new creation. The old has passed away; behold the new has come” (2 Corinthians 5:17).

In short: believe the gospel and repent that your sins may be blotted out (Acts 3:19).

If you want to know more about what God’s Word says about homosexual behavior, I encourage you to watch this presentation by AiG’s Avery Foley: God’s Word Defines Marriage. 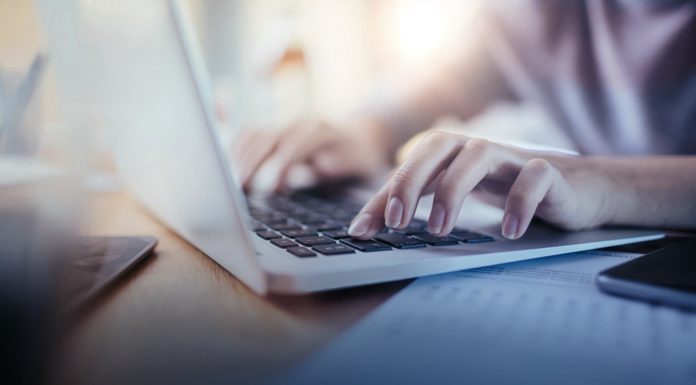