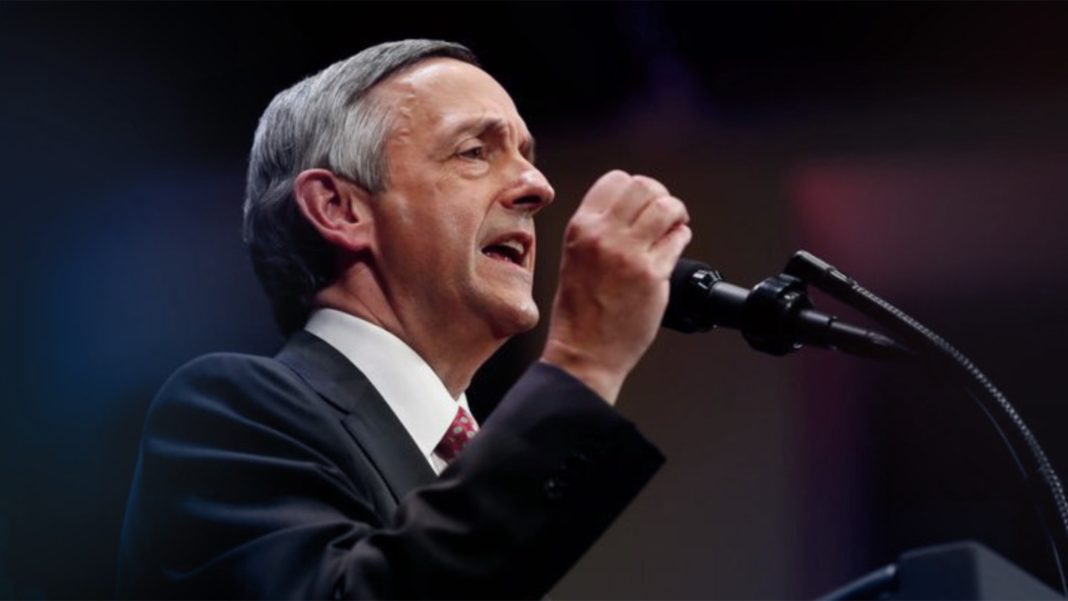 In an interview on Fox News, Pastor Robert Jeffress discussed the Democrats’ attack on Supreme Court nominee Amy Coney Barrett. Jeffress explained that the Democrat Party has become known as the “godless party” and that Dems simply “cannot hide their contempt for conservative Christians.”

“Well, I think you see whenever the democrats handle faith issues, they’re all thumbs.” the Pastor told the Fox News host Pete Hegseth. “I mean you just heard Dianne Feinstein back in 2017 trying to vilify Judge Barrett for her Christian Christian and catholic dogma. You remember in 2017, Bernie Sanders eviscerated Russell Vaught for an OMB position because he held to the most basic positions of Christianity, which Sanders called ‘unsuitable ‘”.

“I think the democrats intellectually know they’re going to be walking into a trap with this, but they can’t help themselves; they cannot hide their contempt for conservative Christians,” Jeffress added.

The First Baptist Dallas Pastor then went on to explain that it is wrong and unconstitutional for Democrat’s to even bring the supreme court nominee’s faith into question when looking at her fitness for the position.

“Well, I think it’s exactly the reason that Democrats don’t really want to follow the constitution, and you’ll see that. I think if any democrat senator asked her about her faith, she ought to say ‘That’s out of bounds. Article 6 of the constitution says you cannot impose any religious test on considering me for my suitability for this position,'” he instructed. “It’s unconstitutional what they’re getting ready to do.”

Article VI of the Constitution specifies: “The Senators and Representatives before mentioned, and the Members of the several State Legislatures, and all executive and judicial Officers, both of the United States and of the several States, shall be bound by Oath or Affirmation, to support this Constitution; but no religious Test shall ever be required as a Qualification to any Office or public Trust under the United States.”

Although, we do not believe Catholicism can be equated with Christianity because it is not Biblically sound in its teachings. When the democrats seek to attack a person because they are catholic, Christian or other, as Jeffress said, this “godless party” is only focused on their anti-god agenda; their attack on the Bible and their hatred for Jesus Christ.

This attack on “all who live godly in Christ” was prophesied in 2 Timothy 3:12, and was to serve as a sign that we are living in the last days. This same chapter also explained that the world would be “despisers of those that are good,” they would “resist the truth,” and they would be “reprobate concerning the faith.”

Isaiah, chapter 5, also rings in the minds of many Christians as they watch the news. In verse 20 of this chapter, God sends a warning of which this generation ought to place close attention: