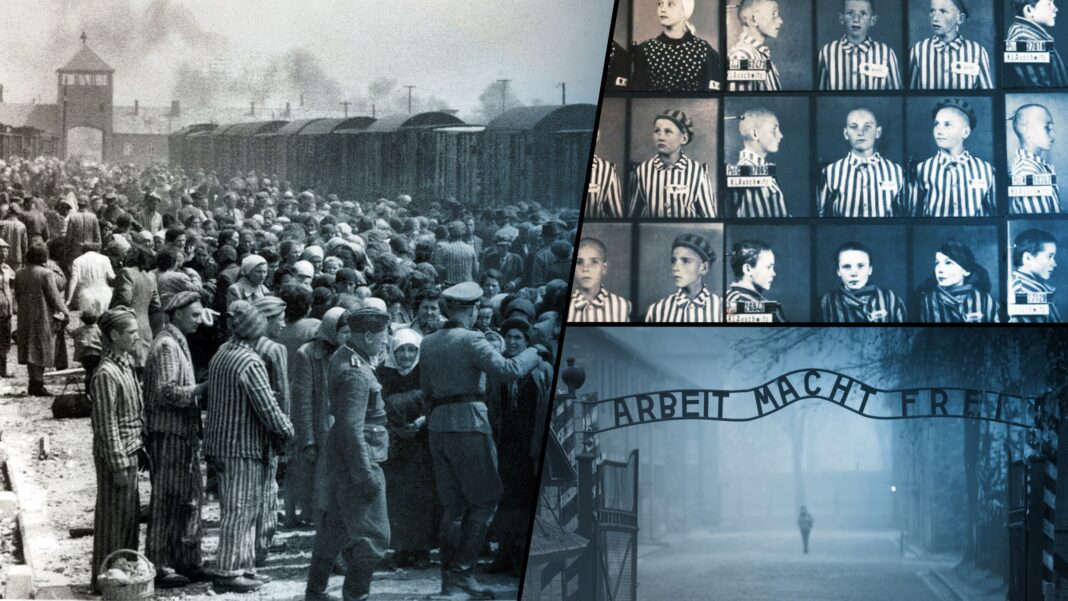 A Texas public school administrator told teachers last week if they have a book on the Holocaust in their classroom, they should also offer a book with an “opposing” point of view.

NBC News reports Gina Peddy, the Carroll Independent School District’s executive director of curriculum and instruction, made the comment last week during a training session with teachers on what books they should allow in their classrooms.

The training was conducted only a few days following the school board’s decision to reprimand an elementary teacher after a parent complained the teacher had an anti-racism book in her classroom.

“And make sure that if you have a book on the Holocaust,” she continued, “that you have one that has an opposing, that has other perspectives.”

“How do you oppose the Holocaust?” one teacher said in response.

Carroll spokeswoman Karen Fitzgerald told NBC News the district is trying to help teachers comply with the new state law and an updated version that will go into effect in December, Texas Senate Bill 3.

“Our district recognizes that all Texas teachers are in a precarious position with the latest legal requirements,” Fitzgerald wrote, noting that the district’s interpretation of the new Texas law requires teachers to provide balanced perspectives not just during classroom instruction, but in the books that are available to students in class during free time.

“Our purpose is to support our teachers in ensuring they have all of the professional development, resources, and materials needed. Our district has not and will not mandate books be removed nor will we mandate that classroom libraries be unavailable,” she said.

Fitzgerald also said that teachers who are unsure about a specific book “should visit with their campus principal, campus team and curriculum coordinators about appropriate next steps.”

This statement drew a harsh response from Clay Robison, a spokesman for the Texas State Teachers Association. He told NBC News there’s nothing in the new law explicitly dealing with classroom libraries. Robison said the book guidelines at Carroll are an “overreaction” and a “misinterpretation” of the law. Three other Texas education policy experts also agreed with Robison, according to the network.

“We find it reprehensible for an educator to require a Holocaust denier to get equal treatment with the facts of history,” Robison said. “That’s absurd. It’s worse than absurd. And this law does not require it.”

Texas state Sen. Bryan Hughes, a Republican who wrote the law, also denied the measure requires teachers to furnish opposing views on what he called matters of “good and evil” or to get rid of books that offer only one perspective on the Holocaust.

Dallas station WFAA-TV reported Carroll Superintendent Lane Ledbetter said in a statement Thursday night that the district continues to “work through implementation of HB3979” and that “we also understand this bill does not require an opposing viewpoint on historical facts.”

Both parents and teachers have responded to Peddy’s comments.

The Dallas Holocaust and Human Rights Museum also said in a statement that they are appalled and called on Texans to speak out against the requirement to “present ‘opposing views.'”

“The Holocaust is one of the world’s most well-documented historical events,” the statement said. “Our Holocaust Survivors are a living testament to the accuracy of the history we teach at our museum – the deliberate, cruel, and systematic murder of 6 million Jews.”

“As the Superintendent of Schools, I express my sincere apology regarding the online article and news story released today. During the conversations with teachers during last week’s meeting, the comments made were in no way to convey that the Holocaust was anything less than a terrible event in history. Additionally, we recognize there are not two sides of the Holocaust. As we continue to work through implementation of HB3979, we also understand this bill does not require an opposing viewpoint on historical facts. As a district we will work to add clarity to our expectations for teachers and once again apologize for any hurt or confusion this has caused.”

Similarly, last year Florida principal, William Latson, was fired for the second time for his comments regarding the Holocaust. In the first instance, he was fired in 2019 for sending a letter to parents providing them the option to opt their children from lessons surrounding the Holocaust claiming it was necessary because “not everyone believes the Holocaust happened.”

He was later reinstated last October, before being fired a second time the following month for again saying he “couldn’t confirm the Holocaust was a factual event.”

Failure On The Part Of Educators

The Daily Caller reported that “Nearly 11% of U.S. Millennials and Gen Z” according to a 2020 study believe “Jews are responsible for the Holocaust.”

The study also showed that 49% of young people have seen posts on social media denying the Holocaust, which the study called “troubling.” The survey further revealed a showing level of ignorance about the Holocaust, with nearly 63% of Millenials and Gen Z unaware that 6 million Jews perished from the atrocity.

The president of “Claims Conference” who released the study, Gideon Taylor, stated that the results should serve as a “wake-up call.” Taylor further urged that we must do a better job “educating a younger generation about the Holocaust and the lessons of the past”

The International Holocaust Recognition Alliance, to combat rising antisemitism, released its “working definition of antisemitism” which has been formally edorsed by nations such as United States, Canada, United Kingdom, Germany, Israel, etc.

Most recently, Australia announced that they too are formerly recognizing IHRA’s definition of antisemitism, making them the 33rd nation to do so.

Included in the definition of what constitutes anti-Semitism, the IHRA prominently lists Holocaust denial.

Although the definition is not legally binding, it is shocking to find how many people within politics have taken positions that their own countries have formally recognized to be antisemitic.

Congressmen such as Rashida Tlaib and Ilhan Omar have faced much criticism for anti-semitic comments and actions in the past.

Ilhan Omar was named 2019’s anti-semite of the year by stopantisemitism.org for her outrageous comments including alleging that Jews buy their influence with money, infamously stating “It’s all about the Benjamins,” support of the BDS movement, and submitting a resolution in the House of Representatives comparing boycotting Israel to boycotting the Nazis, according to Jerusalem Post.

Similarly, Republican, Guy Reschenthaler, called for the “immediate removal” of Rashida Tlaib last December for her continuous anti-semitic rhetoric. The representative further scolded Pelosi stating she was “emboldening Tlaib’s dangerous, hateful bigotry, by remaining silent on the issue,” according to i24 News.

Understanding Anti-Semitism Through a Biblical Lens