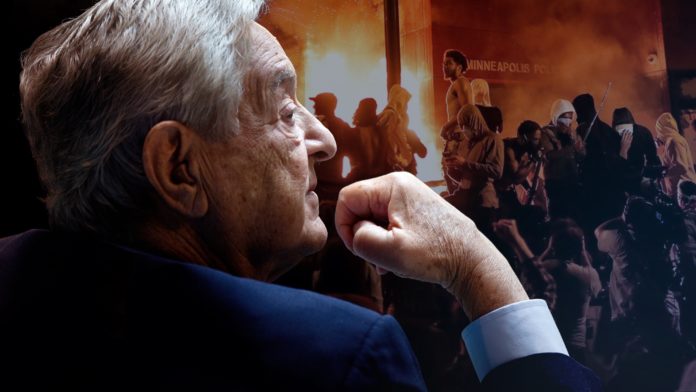 Fox News cut off former Speaker of the House Newt Gingrich on Wednesday after he brought up the role of billionaire left-wing financier George Soros in funding the election of left-wing prosecutors in local races over the past several years.

Gingrich argued that the rise in crime in many Democrat-governed cities was partly the result of the election of left-wing district attorneys who had received financial assistance from George Soros.

“Look, the number one problem in almost all these cities is George Soros-elected, left-wing, anti-police, pro-criminal district attorneys who refuse to keep people locked up,” Gingrich said. “Just yesterday they put somebody back on the streets who’s wanted for two different murders in New York City.”

“And they’re a major cause of the violence we’re seeing because they keep putting the violent criminals back on the street,” Gingrich said.

“I’m not sure we need to bring George Soros into this,” Francis replied.

“He paid for it,” Gingrich, who was obviously taken aback by the interruption. “I mean, why can’t we discuss that fact that millions of dollars….”.

“No he didn’t,” Harf interjected. “I agree with Melissa. George Soros doesn’t need to be a part of this conversation.”

As Breitbart News reported in May 2018, Soros became involved in several local races for district attorney, in Northern California and around the nation. His goal was to defeat “law-and-order” candidates and elect “progressive” prosecutors.

The Los Angeles Times noted, in an article titled “Here’s why George Soros, liberal groups are spending big to help decide who’s your next D.A.”:

The effort is part of a years-long campaign by liberal groups to reshape the nation’s criminal justice system.

One issue that has caught fire is police shootings.

Much of the money remained “hidden,” funneled (presumably legally) through non-profit groups that did not have to disclose their donors.

It is therefore unknown precisely how many races Soros was involved in, though the Times reported that the number was at least 21. In many cases, Soros backed left-wing candidates against establishment Democrats.

Soros-backed prosecutors have played a role in several national controversies. They include Kim Foxx, the Chicago-area prosecutor who mishandled the Jussie Smollet hate crime hoax; Kim Garnder, the St. Louis prosecutor who charged the McCloskeys after they defended their home from a Black Lives Matter mob by standing outside with their guns; and Diana Becton, who has charged a California couple with a hate crime for painting over a “Black Lives Matter” mural on a public road.

In a 2018 essay about Soros in Tablet magazine, an online Jewish publication, James Kirchik noted that while some criticism of Soros is indeed antisemitic, some is not, and focuses on legitimate criticism of his role in funding the far left around the world.

Fox News anchor Harris Faulkner addressed what she called the “little incident” with Newt Gingrich a day after he was shut down for invoking liberal billionaire George Soros.

“So, we had a little incident on the show yesterday that was not smooth,” she said. “While I was leading that segment, we had interruptions, and I sat silently while all of that played out. Also not ideal. Our guest, former House Speaker Newt Gingrich, who is beloved and needed to be allowed to speak with the openness and respect that the show was all about, was interrupted. Do we debate with fire here? Yes. But we must also give each other the space to express ourselves.”