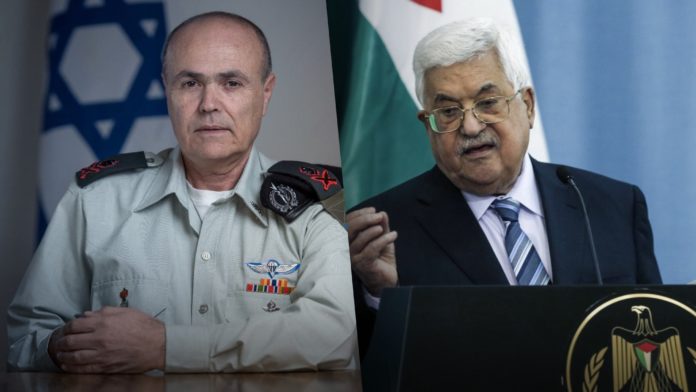 The Palestinian Authority must stop spreading falsehoods against Israel during the COVID-19 crisis or face repercussions, the Coordinator of Government Activities in the Territories (COGAT) Major-General Kamil Abu Rukun warned on Friday.

“I call upon the Palestinian leadership to retract its baseless declarations — and I warn that there could be repercussions in various spheres,” Abu Rukun said.

He spoke as Israel has increased its efforts to help the PA cope with the COVID-19 pandemic.

While the PA has acknowledged that Israel has offered it technical assistance, its leadership has still attacked Israeli politics and accused Israel of deliberately spreading COVID-19 to Palestinians. This has included public statements as well as comments in conversations with world letters and in letters to the United Nations.

“In recent weeks we have witnessed, and experienced, a variety of baseless complaints from senior figures in the Palestinian Authority, extending even to misleading and slanderous remarks against the IDF, the security establishment, the State of Israel, and the Israeli public,” Abu Rukun said in a statement to the media.

This has included accusations such as, “the soldiers are trying to spread viruses on car windshields” and other “wild and racist accusations against Israel and the Jewish people,”  Abu Rukun said.

They have falsely claimed that “we are responsible for the spread of the epidemic and are even interfering with Palestinian efforts to halt it,” Abu Rukun said.

“Such shameful remarks, baseless and indefensible, completely contradict the plain fact that Israel has prepared and engaged itself to give all possible assistance in the regional effort to halt the spread of the epidemic both in Israel and in the Palestinian territories,” he said.

“We see those remarks and accusations as crossing a red line and disparaging the enormous efforts that Israel is making in the face of the shared challenge and crisis besetting the entire region. I call upon the Palestinian leadership to retract its baseless declarations,” he said.