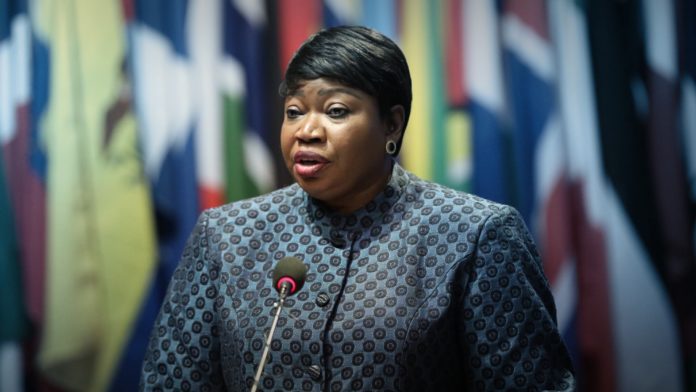 The chief prosecutor of the International Criminal Court, Fatou Bensouda, insisted on Thursday that the Palestinian Authority can be considered a state and hence the court has jurisdiction if would like to conduct a full-fledged investigation into the conduct of alleged Israeli and Palestinian war crimes beyond the Green Line.

Bensouda said that the pro-Israeli countries such as Germany who have asked the court to refrain from conducting an investigation based on complaints filed by the PA were wrong.

According to Bensouda, the Oslo Accords signed between the PA and Israel gave the court the legal jurisdiction to proceed and conduct such an inquiry.

In December Bensouda, said a preliminary examination into alleged war crimes in the aforementioned territories, mainly involving the construction of Jewish settlements, opened in 2015, had provided enough information to meet all criteria for opening an investigation.

With that, Bensouda filed a request with ICC judges for a jurisdictional ruling because of the contested legal status of those territories. The judges asked member states to voice their reservations on the matter. Germany, Australia and the Czech Republic stipulated their objection to the court’s jurisdiction.

A German document given to the ICC said the court does not have jurisdiction in “the occupied Palestinian territories.” The document concludes that the fact that the Palestinians have petitioned the ICC for state status is not sufficient and that it must be determined that “Palestine” meets the definition of a “state.”

Germany and a host of other countries said that the PA was not a country and hence according to the Rome Statute that defined the court’s jurisdiction, Palestinian complaints could not be admissible, but Bensouda said Thursday that the fact that Israel and the PA signed an international agreement in the form of the Oslo Accords made gave the PA the status of a member state.

A decision on whether to pursue an investigation into Israeli and Palestinian conduct for possible war crimes is now at the hands of the pre-trial chamber at the ICC, whose judges will evaluate Bensouda’s legal opinion and other briefs filed by various organizations.

The judges do not have a deadline however a decision is expected within the next 120 days.