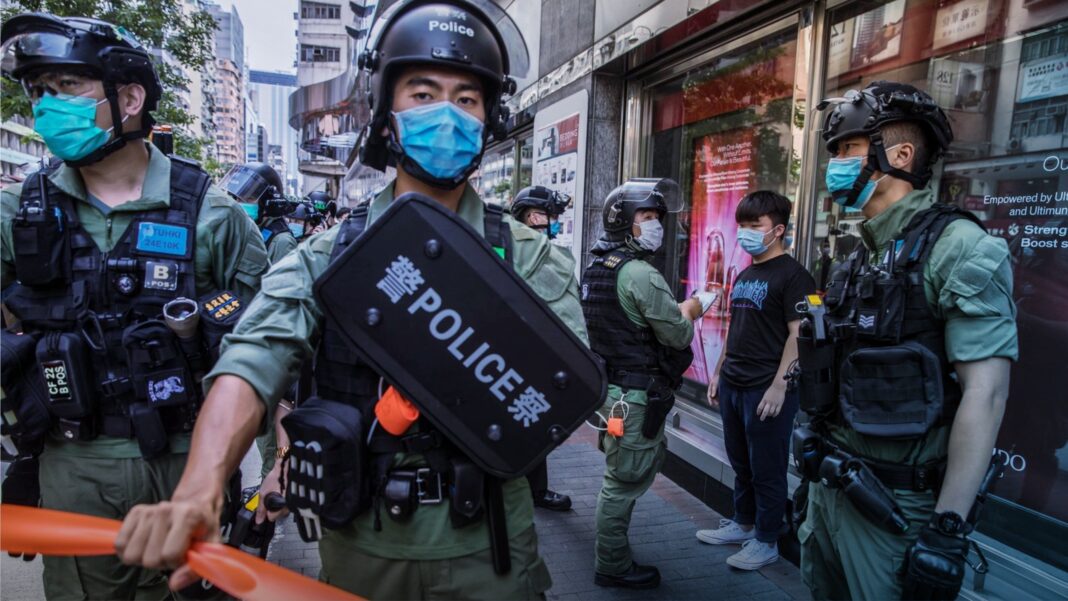 Hong Kong police have arrested hundreds of people at anti-government protests over the decision to postpone elections.

One woman was arrested on charges of assault and spreading pro-independence slogans, the Hong Kong police department said on its Facebook page. Such slogans are illegal under the newly enacted National Security Act.

Police fired pepper balls at protesters and raised a purple flag warning demonstrators that they would be arrested for chanting slogans that violated the new security law.

Protests have occurred every weekend since June 2019 after a proposed extradition law was announced, with protesters quickly adding demands for greater democracy and criticism of Beijing’s efforts to tighten control over Hong Kong.

Elections would have taken place Sunday, but Chief Executive Carrie Lam on July 31 postponed them for one year. Lam blamed a surge in coronavirus cases for the need to delay the election, but critics have claimed her government is worried that the opposition would gain seats if voting took place as planned.

“I want my right to vote!” activist Leung Kwok-hung, popularly known as Long Hair, was quoted as saying. She was reportedly arrested at the protests.

Police sources earlier told the SCMP that 2,000 riot officers would be deployed across the West Kowloon area, with water cannons and armored vehicles on standby.