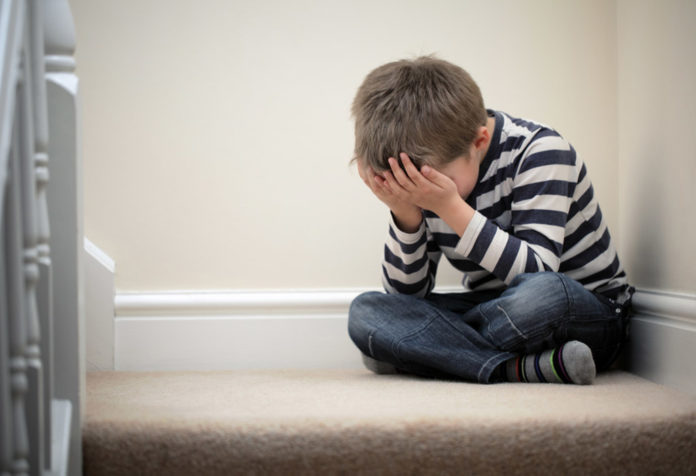 A clip for a new HBO documentary, “Transhood,” is causing quite a stir on social media, as it shows a group of adults leading a 4-year-old biological boy to publicly announce he prefers to identify as a little girl.

In the one-minute video, the boy, whose name is Phoenix, is seen dressed in a rainbow skirt as he’s ushered to the stage at a seemingly religious ceremony celebrating people who identify with a whole host of sexual descriptors.

Phoenix is obviously very nervous about making any sort of public declaration. So when handed a microphone, the nervous toddler says, “I’m a little shy.”

“You’re a little shy?” asked the mother. “Do you want to tell everybody if you’re a boy or a girl?” In response, Phoenix said, “I just want to tell them that I’m a girl.”

Ultimately, the child said, “I don’t want to do it.”

“OK,” replied the mom. “Phoenix would like you to know that she’s a girl and she prefers ‘she’ and ‘her’ pronouns.”

At that, the young child was handed a pink flower and everyone gathered for the ceremony said together, “May you be well, safe, and whole. We honor you exactly as you are.”

According to a report from Time, Phoenix, who was 4 years old when HBO began filming the documentary series, first identified as a “girl-boy,” then chose to identity as a female, before returning to his biological identity as a male at 7 years old.

Sharon Liese, director for the series, told the outlet it’s “not unusual that kids know [that they are trans] when they are young.”

“People ask me, ‘How do kids know when they are 4 years old?’” she said. “I quickly realized that is not the question. The question is, ‘How do you not believe them?’”

Abigail Shrier, author of the new book “Irreversible Damage: The Transgender Craze Seducing Our Daughters,” told conservative talk radio host Ben Shapiro transgenderism is the only medical situation in which “affirmative care” — which, in effect, allows patients to call all the shots — is said to be the only viable method of treatment for gender dysphoria.

“One of the key parts in all of this is ‘affirmative care,’ which may be the most sort of horrifying medical scandal of our time,” Shrier told Shapiro. “That is that every medical accrediting organization told doctors that the standard only with regard to gender dysphoria — so just with this one ailment — is to affirm the patient, to agree with the patient’s self-diagnosis. Absolutely to hand over the judgement and the prescription pad to the patients with regard to this ailment.”

“So you have a population that is completely self-diagnosing, that is able to demand, you know, effectively the course of treatment and they’re getting that treatment on what’s called an informed consent basis, meaning you walk into a gender clinic and you sign a waiver and you walk out that day with a course of testosterone, and of course, even young girls are doing this — even minors,” she added.

In his article “Britain Now Says Puberty Blocker Risks ‘Unknown’“ Ken Ham explains that our culture will continue to “wage war on biology and Biblical truth as the LGBT agenda marches on”:

Despite the risks, many families and children will still go ahead and take these puberty blockers to delay what their body would otherwise do naturally. How should we understand this within the lens of a biblical worldview?

Well, from the Bible we know that God cares what we do with our bodies (1 Corinthians 6:19–20). He made us in his image (Genesis 1:27) and skillfully wrought us together (Psalm 139:13–14). And he made us either male or female (Genesis 1:27). Our bodies are not our own to do whatever we please; instead, they ultimately belong to our Creator, and we are to honor him with our bodies.

Do some people, including children, genuinely struggle with gender dysphoria and other issues? Sadly, in a fallen world, yes, they do. But the answer is not found in risky drugs, body-mutilating surgery, or a change of name and pronouns. The answer is found in having an identity that is rooted in Christ and his design of us as male and female.

Our culture will continue to wage war on biology and biblical truth as the LGBT agenda marches on. But as Christians we must stand against this tide of secularism, pointing broken, hurting people to the truth that brings freedom: we are created by God, male and female, in his image, and our identity and value are not in our physical body—our value is in our identity as children of God if we will repent and believe.