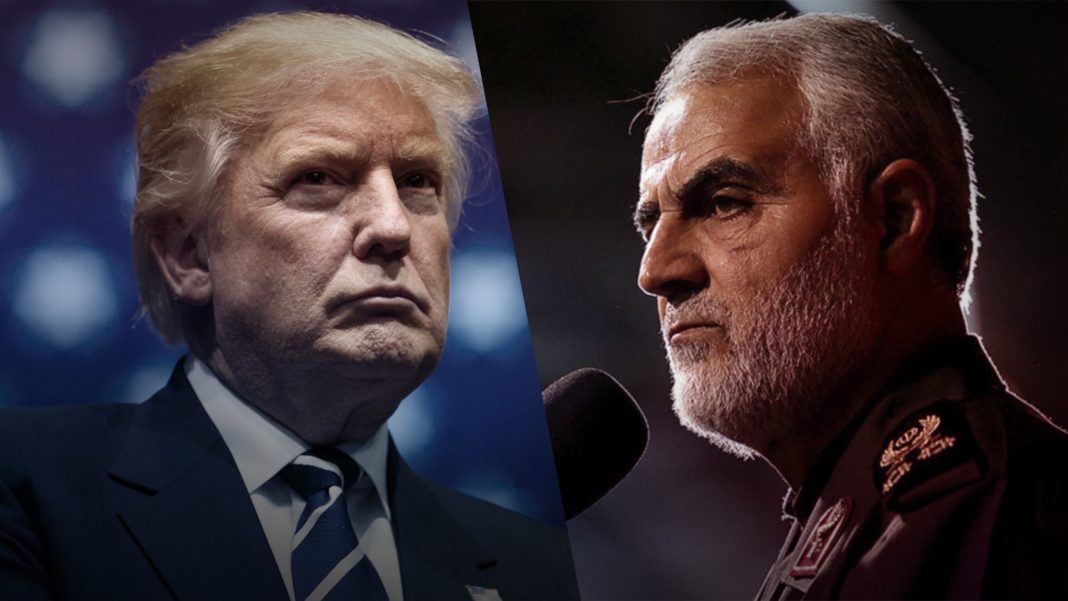 For a minute, forget politics. That’s not easy these days, but in this case it’s important to try. People across the country tend to look at the US drone attack on Qasem Soleimani as if it were a referendum on Donald Trump’s presidency. For a moment, forget who made the decision and just look at the decision.

We do not yet know the repercussions of Soleimani’s death. But we can look at it in the context of history. We know Soleimani was a bad man. While doing The Hal Lindsey Report, I talked about him on several occasions. Iran is considered the world’s number one state sponsor of terrorism. And Soleimani led their terrorist efforts.

He tortured and murdered his own people. He destabilized nations. He destabilized the Middle East. His actions led to civil war and severe famine in Yemen and in Syria. He propped up evil dictators and did his best to destroy emerging democracies. Hundreds and probably thousands of members of the US military were killed or injured due to his actions.

But will his death do more harm than his life? Regarding the future, we only know what God has chosen to show us in His word. When the Ezekiel 38 and 39 war begins against Israel, Iran will still be a nation with influence and power. That probably means that this will not provoke an all-out war with the United States. In other words, don’t expect Iran to attack the US power grid or water supplies.

Sometimes leaders must choose between several bad alternatives. While running for office, politicians can tell us everything is clear, obvious, and easy. But actual leadership means making choices even when none of the alternatives are completely safe. I believe President Trump was in that position regarding the attack on Soleimani.

To kill him meant at least a temporary ratcheting up of Middle East tensions. And that’s not good. It means reprisals against the United States or Israel. We don’t know what form those reprisals may take. They could be face-saving token strikes. Or they could be severe.

But doing nothing would also have been risky. Through the decades of its existence, Israel has learned that they must deal with radical Muslims from a position of strength. And make no mistake, Iran is run by radical Muslims — terrorists. These are not the nice Muslim neighbors you may say “hello” to every morning on your way to work. Generally speaking, the Iranian people are not radical. But their leaders are. Any time you let those leaders get away with military escalation, it encourages them to do more.

We’ve seen it repeatedly. The Iran nuclear deal was supposed to turn the Iranians into friends. Instead, it seemed to encourage them to increase their exportation of terrorism. Iran has attacked and seized oil tankers, attacked Saudi oil fields, continued their nuclear and ballistic missile development, continued to ship massive numbers of missiles to Hezbollah terrorists in Lebanon and Syria, and to Houthi terrorists in Yemen. And Soleimani stood at the center of all that.

Last summer, after Iran shot down a US surveillance drone, several news outlets reported that President Trump had ordered a retaliatory strike. Minutes before the operation was to begin, he reversed his decision. No American lives had been lost, so he chose not to kill Iranians in response.

But Iran seemed to take the President’s restraint as a license to kill. In late December, a Shiite militia supported and directed by Iran, sent a barrage of 30 rockets into the K-1 Air Base in Iraq. It killed one American contractor and wounded several other Americans. The US retaliated with an attack on the militia involved. Iran then directed an attack and siege of the US embassy in Iraq. In other words, it was an attack on sovereign US soil.

American intelligence discovered that Soleimani and some of his cohorts had landed in Iraq, and they were planning a major attack on US forces. In 2015, the United Nations banned Soleimani from any travel outside of Iran. He regularly ignored the ban. To me, it’s easy to believe that Soleimani was planning something deadly for Americans in Iraq because that’s the kind of man he was and the kind of thing he did. If he wasn’t up to no good, then what was he doing in Iraq?

I don’t know of any Americans who want war with Iran or more troops in the Middle East. I certainly do not. It’s a lot easier to get into such wars than it is to get out. But that’s part of the dilemma. Iran has missiles that can hit Israel and other parts of that region. They are fast developing the ability to strike Europe and will soon have missiles that can reach the United States. Meanwhile, their nuclear program marches forward. As technology makes the world smaller, it brings Iranian weapons of mass destruction closer to us every day.

This is exactly the situation prophesied in the Bible. Conflict in the Middle East will be like a tar baby to the nations of the world. Turmoil there will eventually engulf them all. Bringing a brief peace to the region will catapult the Antichrist from a regional leader to a global one. Much more could be said here. But the bottom line is that Bible prophecies written thousands of years ago are still proving true. And we are coming closer and closer to the return of Jesus.