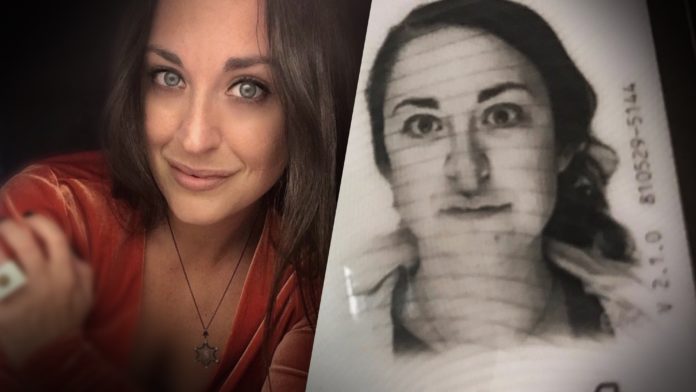 A Jewish woman in Sweden has claimed that her ID card and passport were ‘doctored’ to give her a racist caricature of a hooked nose.

Annika Hernroth-Rothstein says the image of her face was altered at a police station, leaving her feeling ‘small and humiliated’.

Staff must have known she was Jewish because she was wearing a Star of David, provided employment papers from an Israeli newspaper and has ‘two very Jewish names’, she claimed.

Swedish police say they are taking the claim ‘seriously’, but have suggested that the image could have been distorted by shadows or ‘bad resolution’.

Ms Hernroth-Rothstein explained that the photo had been taken at the police station and printed on the passport and ID card a few days later.

She said the photo had ‘looked normal’ when it was taken, but when she went to collect the paperwork she claimed that ‘my nose has been doctored’.

Responding to suggestions of a ‘computer glitch’, she acknowledged it could be ‘something technical’ but said staff should still have noticed.

Others suggested it might be ‘unfortunate lighting’, but Ms Hernroth-Rothstein said she had filed an official complaint with police.

The hooked nose has been a racist stereotype of Jewish people for centuries.

‘I felt scared and kinda dirty when seeing it, but accepted the ID, went home and put it in a box never to be used,’ she said.

‘I showed it to a non-Jewish friend and he got so upset and sickened that I ended up posting it,’ she explained on Saturday.

‘I do wish I would have reacted there and then but I didn’t feel very tough at that moment and just went home with it, and put it away.

‘Sometimes it takes someone else seeing something and reacting to it for you to understand that your feelings and reactions are valid.’

She also took aim at Twitter users who doubted her story, saying Jews were ‘scared to say something’ because of the likely backlash.

Responding to an enquiry by Metro.co.uk, Swedish police said they were investigating the claim.

Spokesman Magnus Roglert said police were probing whether the image was doctored or whether it might have been distorted accidentally.

‘We will, of course, take a closer look at the matter and we therefore ask the person to contact us as soon as possible,’ he said.   ‘

‘We are back-tracking the matter to see if a manipulation has happened or if the image just is distorted by shadows and/or bad resolution.

‘It’s all digitalised, but there is always a risk that digital systems are manipulated, so we take this seriously’.