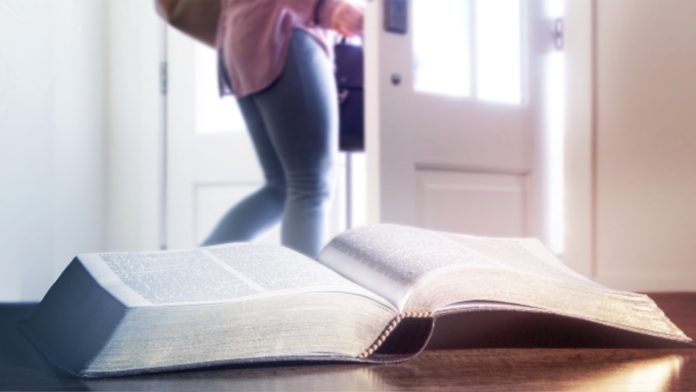 As the summer months begin to settle on us, states across America are slowly beginning to open their doors for business after being shuttered for nearly two months in an attempt to stem the spread of the coronavirus plague that has traversed the globe.

Certainly our nation—and the world—has never seen anything like this.

Empty stadiums. Empty planes. Busy restaurants, malls, highways and parks turned into ghost towns. Congregations forced to worship remotely. Grocery stores struggling to keep Americans fed in the midst of meat packing plant closures and logistical challenges. Tens of millions of workers either laid off or furloughed, making for the highest unemployment rate since 1949. Hospitals in hot spots like New York and New Jersey overflowed with extremely ill patients. Social distancing is keeping us all six feet apart, and face masks are everywhere.

I am grateful for the way the Lord allowed the Billy Graham Evangelistic Association and Samaritan’s Purse to play a small but significant role in the past few months. Our Emergency Field Hospitals in hard-hit Cremona, Italy, and New York City’s Central Park treated hundreds of COVID-19 patients, bringing many back from the verge of death. Our chaplains worked alongside the teams, sharing the hope and comfort found only in the Lord. Several came to know Christ as their Savior. Praise God!

Everyone is just ready for things to return to normal as they were before the virus.

I understand that sentiment, and I am certainly ready to see America open up again, as President Trump has encouraged us to do. Workers are ready to get back to their jobs so they can provide for their families. Folks are eager to get out and about once again and enjoy summer activities. That is beginning to happen now in a number of states, and I hope it is just a matter of time before the entire country is able to safely go about our business.

However, I hope we don’t just go back to “normal,” if normal means a nation that continues to defy and rebel against God and His ways, a nation that is openly hostile to Christians, a nation that rejoices and revels in godless behavior.

Returning to that version of normal would be a huge mistake.

We may ask if America will ever be the same again. If that means yet a deeper slide into immorality and a further plunge into the godless, progressive liberalism and secularism that has made such dark inroads into culture over the past decade, then I hope not. If it means a culture that continues to ignore, neglect and defy God, and do its best to keep the Lord out of our schools and civic life, then I hope not. If it means a judicial system that does all it can to suppress America’s religious freedom guaranteed under our Constitution, then I hope not.

No, that is exactly what our nation does not need at this critical hour.

My prayer is that God will use this deadly virus that has affected virtually every sector of public and private life in America to bring us to our knees in prayer. And it begins with God’s own people: “If My people who are called by My name will humble themselves, and pray and seek My face, and turn from their wicked ways, then I will hear from heaven, and will forgive their sin and heal their land” (2 Chronicles 7:14).

If we want to see real, lasting spiritual revival in our land, then it must begin with the church of the Lord Jesus Christ praying with newfound zeal for God’s saving mercy and grace to be shed upon us, for God to open the eyes and hearts of blind men and women and bring them to repentance and faith in the Savior.

Revival always begins with a deep awareness of and sorrow for sin, leading to heartfelt repentance. Unless that happens in the aftermath of this terrible pandemic, then a return to normal will only push us further down the slope of spiritual decadence.

Now is the time for churches to take a stand for God’s holy standards and lead us toward a “new normal.” Ultimately, sin is deadlier than COVID-19, and just as we need a vaccine against the virus, we also need to immunize our hearts, our homes, our families, our churches and our communities against the malignant temptations of the devil. We need strong medicine from our church leaders. How long has it been since you heard a pastor preach against sins like abortion and homosexuality?

Did you notice that Jesus didn’t focus on the men who died as much as He did on those who were living? He offered only one response—repent or die. In other words, the only thing that truly matters in the face of evil is whether or not we are right with God.

We may die from a pandemic virus, or not. We may die from cancer, or not. We may die in a tornado or hurricane or war, or not. It doesn’t really matter how we die, or what we die from. All that matters is: Have we turned from our sin and entrusted our souls to the Savior? “If you confess with your mouth the Lord Jesus and believe in your heart that God has raised Him from the dead, you will be saved” (Romans 10:9).

Rather than continue to ignore God and reap the sad consequences, my prayer for our nation is that we will fear and reverence Him once again and enjoy His blessings. As Jesus said: “Do not fear those who kill the body but cannot kill the soul. But rather fear Him who is able to destroy both soul and body in hell” (Matthew 10:28).

This virus has changed the landscape of our nation. The practice of social distancing will more than likely carry on even as states continue to slowly open. No doubt there will be plenty of places where face masks will be required. Sports stadiums might actually be used—but only with players, and not fans. The economy has suffered a crushing blow, and no one really knows how and when it will recover.

In the Old Testament, God sent repeated warnings to the nation of Israel through prophets like Isaiah, Jeremiah, Ezekiel and others. When they didn’t listen and repent, He often gave them into the hands of their enemies.

Yet in the midst of it all, He was gracious and merciful, at times sending godly kings such as Asa, Jehoshaphat and Hezekiah to return their hearts to the Lord. My prayer is that in the uncertain days to come we will experience such a season of true repentance and revival, and turn once again to the One who is our true hope—the Lord Jesus Christ.

Source - September 27, 2020
Everyone has come for the same purpose: prayer "Lets pray every step we take, let’s claim every step for God & rededicate this city for Him”

‘We Ask That You Would Unite Our Hearts’: Franklin Graham’s Prayer...

‘Our Only Hope For This Country is God’: Franklin Graham to...