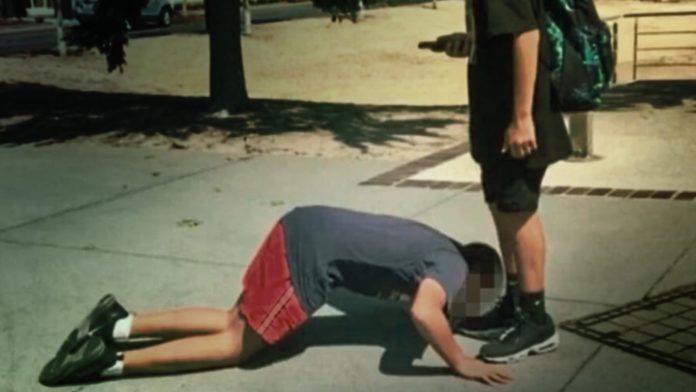 Shocking accounts of antisemitic bullying at two schools in the Australian state of Victoria over the past year have led to calls for more assertive action by educational authorities to protect Jewish students.

The two cases — one involving a 5-year-old boy at a junior school, the other a 12-year-old boy in high school — revealed a pattern of dehumanizing language and violent behavior on the part of the bullies, alongside a disturbing indifference from officials at both schools when the abuse was brought to light by the parents of the children.

In an interview with the Melbourne-based Age newspaper on Thursday, the mother of the 5-year-old disclosed that her son was repeatedly taunted and laughed at over his circumcised penis — to the point where he began to wet himself in class rather than go to the toilet.

Other insults faced by the little boy at Melbourne’s Hawthorne West Primary School included epithets like “you dirty Jew” and “Jewish cockroach.” His parents began investigating whether there was a problem after the child began wetting his bed at home and complained about going to school. One morning, he reportedly told his mother, “‘Mummy, you shouldn’t love me. I’m a worthless, Jewish rodent. I’m vermin,” while she was making his breakfast.

The 12-year-old boy, meanwhile, was subjected to several months of antisemitic abuse that began with an incident in which he was forced to kiss the shoes of a Muslim fellow-student.

Interviewed by The Australian Jewish News (AJN), the boy’s mother revealed that her son had been lured into a public park by fellow students who invited him to play football.

As soon as he arrived, The AJN reported, he was presented with an ultimatum: Bow down and kiss the feet of a Muslim child, or face the threat of violence by the nine other 12 and 13-year-olds. Vastly outnumbered, the student complied. The incident was photographed, filmed and posted on Instagram.

In the ensuing months, the student was also subjected to antisemitic slurs including “Jewish ape,” “Jewish n****r” and “Jewish gimp.” He was followed home from school daily, and physically assaulted in the school corridor by an assailant who called him “a cooked up Jewish c__.”

“He had been punched in the face. The whole left side of his back was bruised. He had a gouge of skin out of his shoulder,” the student’s mother told The AJN. The attack resulted in hospital treatment and the boy — whose ordeal took place at the prestigious Cheltenham Secondary College, where the tuition fees for foreign students can cost up to $14,000 annually — continues to suffer from acute anxiety.

In the cases of both boys, the response of the respective school authorities was woeful, the parents said.

Cheltenham Secondary College refused to investigate the incident in the park on the basis that it occurred outside school grounds. His mother told The Agethat she had been “bitterly disappointed” by the attitude of both the school and the Education Department in Victoria.

“I took such offense with the Education Department, because there was nothing they did to protect my son at all, at any point in time — that’s what’s cut me up,” she said.

But then she sought out the parents of the Muslim boy whose feet her son had been forced to kiss — and they were horrified by their son’s actions.

“We sat down, his parents, the two boys and myself, around the table and explained the velocity of [the bullying] and what it meant to us as parents as far as building bridges between Jews and Muslims in society and not creating division like that photo does,” the 12-year-old’s mother said.

The mother of the 5-year-old boy, who is presently being home-schooled, said that officials at Hawthorne Primary School had pointedly refused to discuss the antisemitism that underlay the abuse. The school’s solution was to keep the student from using the regular bathroom, offering the facilities of another bathroom instead, the mother explained.

“[The school] refused to accept there was an antisemitic issue. ‘It’s not antisemitism, it’s just bullying.’ The principal said, ‘I don’t want to make other students feel uncomfortable,’” she said.

“There is mounting evidence that families are forced to take their children out of public schools and to enrol them in Jewish-day schools due to a growing sense of insecurity and fear that their kids will be harmed simply because of who they are,” Abramovich said. 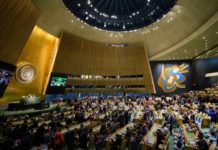