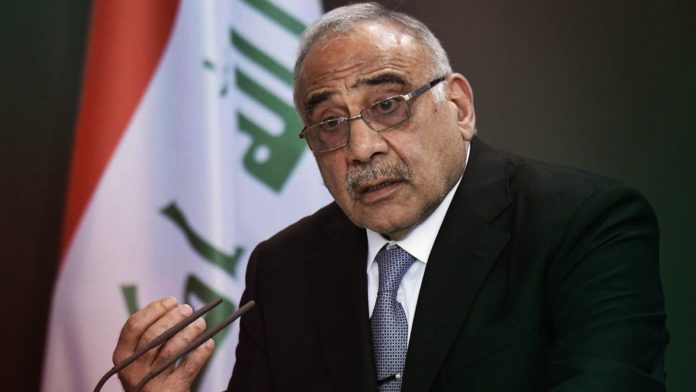 Iraqi Prime Minister Adel Abd al-Mehdi said that Israel was behind recent attacks on targets in his country. This came after the Iraqi Interior Ministry investigated the incident and determined that the Jewish state had been involved in at least half-a-dozen such strikes.

This marked the first time that an Iraqi official has accused Israel of hostile activity on its soil since the Israeli strike on Iraq’s nuclear reactor in June 1981. “Nobody wants war except for Israel,” the Iraqi prime minister said in an interview Wednesday evening on the Al-Jazeera network.

According to reports in the Arab media, Israel has attacked military targets in Iraq no less than six times in recent months. In particular, missile caches and training camps belonging to a pro-Iran Shiite militia known as “Popular Recruitment” (Al-Hashad al-Sha’bi) have been hit.

Initially, Iraq denied that “Popular Recruitment” was stockpiling missiles, and claimed that the explosions at the group’s camp had been caused by the high temperatures and power problems, thought satellite and other evidence clearly indicated air strikes. Videos that circulated on social networks unequivocally showed that the explosions came from air-to-ground missiles being fired at the storehouses.

According to various reports, the bombings resulted in casualties among both the armed forces and the militia, but Iraq is censoring every detail associated with the strikes.

Israeli officials have not responded to the condemnations and declarations by the Iraqi prime minister, though Prime Minister Netanyahu has hinted that the IDF was operating in Syria and even in Iraq. In any case, Israel is not expected to confirm or deny the attacks. Israel’s policy remains one of ambiguity. Moreover, Israel is deeply embroiled in its own election tangle these days, and has no real interest in exacerbating the issue.

The question today is whether the statement by Iraq’s prime minister will pave the way for a military response by Shiite militias against Israel. Is the Iraqi leader’s statement a kind of green light to the militias so that Bagdad can say it did something when provoked by the hated “Zionist” enemy?

Iraq today is full of Shiite militias receiving Hezbollah-style training and financing from Iran. The collapse of Saddam Hussein’s regime and the withdrawal of US forces from Iraq prior to the establishment of a strong and powerful state army gave Iran a rare opportunity for freedom of action and expansion of its influence in country.

Iran has set up a number of militias that do its bidding with near impunity across large swaths of Iraq. Iranian involvement in the country is centered on funding, training and arming the Shiite militias. Iran’s political, economic and religious intervention in recent years has made Iraq something of an Iranian satellite, much like Lebanon and parts of Yemen and Syria have been for many years.