Floridians Can Now ‘Stand With Israel’ On Their License Plates 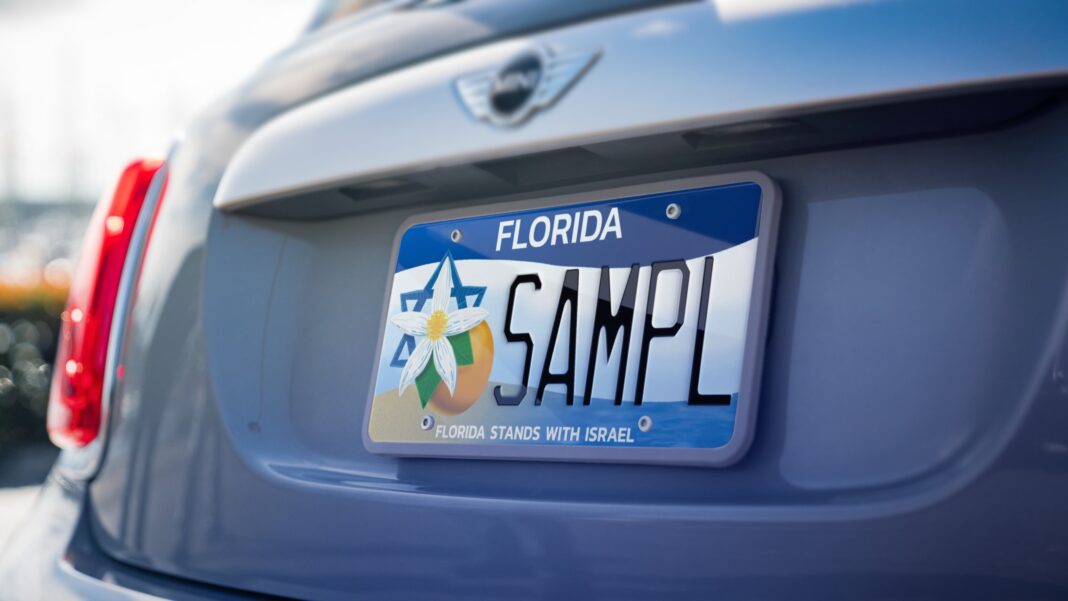 Floridians can now stand with Israel even while stuck in traffic.

A graphic designer from Boca Raton has come up with the winning design in a contest to create a specialty license plate saying that “Florida Stands with Israel.” Daniel Ackerman’s blue, white and orange design was chosen among more than 100 submissions in a competition sponsored by the Israeli-American Council, the group said in a news release.

The bipartisan slate of four lawmakers who initiated the law passed this year launching the competition along with Gabe Groisman, the mayor of Bal Harbour, served as the judges.

“The concept focuses on Florida’s state flower, the orange blossom,” Ackerman said in the release. “The beauty of this flower, contrasted against the Star of David in the form of a tropical leaf, represents the Florida-Israel relationship and the fruit this partnership bears, ultimately benefiting both states. The symbol interacts with the two waves on top and bottom giving nod to the Israeli flag, Florida’s sandy tourist destinations, and Israel’s deserts in bloom.”