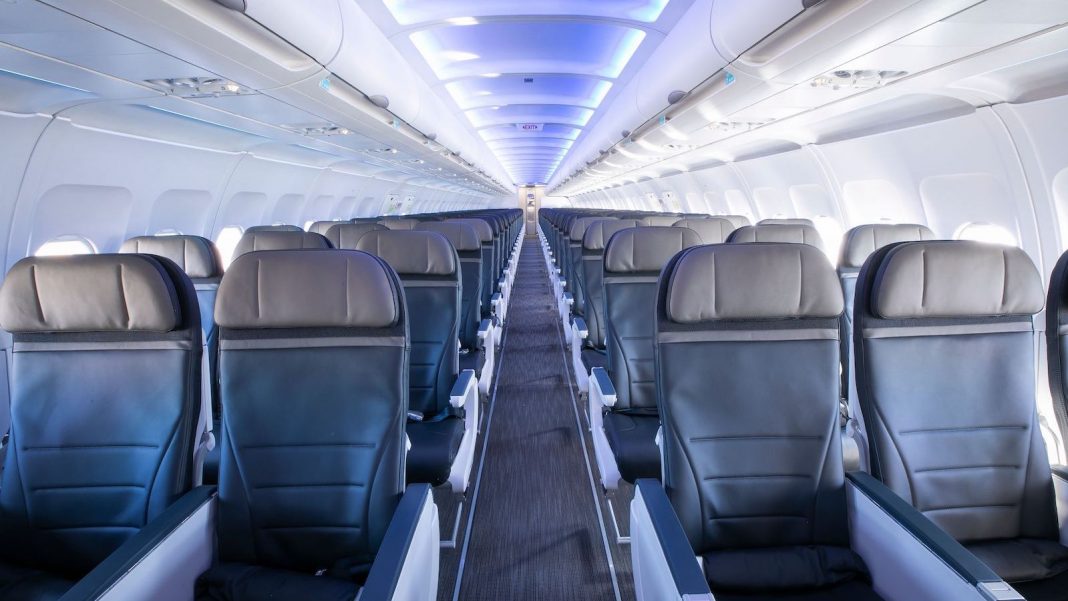 Alaska Airlines has been accused by two former employees of anti-religious discrimination after the corporation fired them for asking questions about the company’s promotion of the Equality Act, an issue the company itself had proposed for discussion on a type of chat forum.

According to First Liberty Institute, the formal complaints have been filed with the U.S. Equal Employment Opportunity Commission and charge the company discriminated against the two flight attendants because of their “Christian beliefs.”

The former employees’ union is also named, as it was accused of joining in the company’s agenda against the employees.

Alaska Airlines did not respond to a WND request for comment.

According to the Heritage Foundation, the proposed legislation would penalize Americans who don’t affirm gender ideology, compel individuals to speak messages with which they disagree, would close down charities unless they relinquished their religion, allow for males who call themselves females to participate in sports events designated for girls or women, would coerce medical professionals to perform body-mutilating surgeries when told to, would jeopardize parental rights and “enable sexual assault.”

The company had announced its support for the legislation, and opened a forum for comments.

Two individuals, both employed by the airline at the time, accepted the company’s invitation to comment and raised various questions about the company’s support and the bill itself.

One dismissal notice explained that considering “gender identity” a “moral issue” was, in itself, a “discriminatory statement.”

Another question involved religious freedom, and prompted the company to fire the commenter.

“The corporate ‘canceling’ of our clients by Alaska Airlines makes a mockery of laws that protect religious Americans from employment discrimination,” said David Hacker, director of litigation for First Liberty Institute. “It is a blatant violation of state and federal civil rights laws to discriminate against someone in the workplace because of their religious beliefs and expression. Every American should be frightened if an employer can fire them for simply asking questions based on their religious beliefs about culturally important issues.”

The corporation had posted its endorsement of the volatile Equality Act on an internal message board in early 2021, and the two flight attendants responded with their concerns about its impact on religious liberty and more.

The complaints to the EEOC point out, “[Our clients are] firmly committed to equality and diversity and always treating others with kindness and respect. [They] simply sought clarification of the airlines’ position, yet after asking [their] question[s] in response to the company’s invitation, [they were] fired. In firing [our clients], Alaska Airlines discriminated against them on the basis of religion, perpetuated a hostile work environment, failed to grant them a religious accommodation allowing them to express their opinions on the same basis as other protected classes, and retaliated against them.”

The airline specifically signaled “that people of faith are not welcome,” by creating a conversation forum about the Equality Act, but then closing that forum “to people of faith who are concerned about religious discrimination.”

That, the complaints charge, amounts to “hostility toward people of faith.”

Many Christian voices have come out against the so-called “equality act.” Ken Ham, Founder and CEO of Answers In Genesis, in his article “The Equality Act Is Set to Destroy Religious Freedom—What Should We Do?” wrote:

It’s being described as “the most comprehensive assault on Christianity in America ever written into law,” “a dangerous threat to our nation,” “the Left’s woke new heresy code,” and “something no American should stand for.” The so-called “Equality Act” [is for] anything but “equality”—it’s for destroying freedom of religion and freedom of conscience in this nation, as guaranteed by the First Amendment.

It’s important that we remember to obey God, not man, and that God is sovereign over everything. So while we will do what we can to stop this terrible legislation and pray that God will preserve religious freedom, we know that, if it passes, we will continue to do what God has called us to do: speak the truth in love, contend for the faith, be salt and light, share the gospel, and defend the faith.

Those who want this bill to pass will surely accuse Christians (as they do constantly) of “hate” against LGBT individuals and others. But we don’t hate anyone—we love them, obeying God’s command to love our neighbor as ourselves. Sadly in our culture today, disagreeing with someone and having vast worldview differences because of different starting points (man’s word vs. God’s Word) are misconstrued as “hate.” But no matter what names we are called, Christians must continue to stand for and speak the truth in love, sharing with the world the only message that truly saves—the gospel of Jesus Christ.

Although the refusal to give up Biblical morality and truth will cause many Christians to be hated, no matter the cost, it is vitally important that Christians do not waver in their boldness.