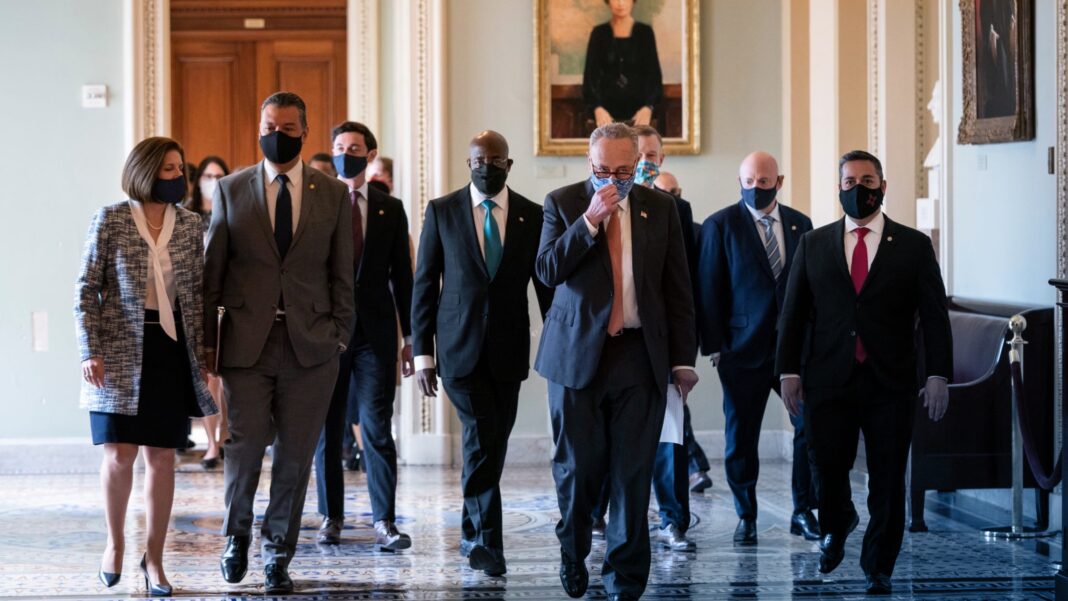 Senate Democrats defeated legislation Wednesday that would have protected infants who survive abortions.

The Born Alive Abortion Survivors Protection Act failed because nearly every Senate Democrat voted against the measure, which requires doctors to provide medical care for newborns who survive abortion attempts. The act received 52 votes, falling 8 short of the 60-vote threshold necessary to break the filibuster. Democratic senators Joe Manchin (W. Va.) and Bob Casey (Pa.) crossed the aisle to vote for the legislation.

Sen. Ben Sasse (R., Neb.), who introduced the legislation, decried the partisan vote. “This legislation isn’t red vs. blue, it is simply about giving every baby a fighting chance. Every baby deserves care. This isn’t about abortion, it’s about human rights,” he said.

Sasse has championed the bill in each legislative session since 2015. Senate Republicans have united around the legislation. The 52-vote margin marks a 4-vote decrease from 2020, when 56 senators voted for the legislation. Then-senator Doug Jones (D., Ala.) joined Manchin and Casey in voting for it along with all 53 Republican senators.

The Biden administration did not respond to a request for comment on its stance on the legislation. Vice President Kamala Harris voted against the legislation during her time in the Senate.

The pro-life Susan B. Anthony List praised Casey and Manchin for resisting their party and for representing the will of American voters. “The American people now know where every single U.S. senator stands on protecting babies born alive after failed abortions,” the group said. “The legislation should have received 100 votes, but sadly, 48 Democratic senators voted against life-saving care for babies born alive.”

The measure enjoys bipartisan support among voters. A pollfound that more than three-fourths of respondents, including 70 percent of Democrats, favored mandating medical care for abortion survivors.

The legislation has become a model for state legislatures that are taking similar action to protect abortion survivors. The Family Research Council found that 16 states offer protections similar to the ones proposed by the legislation, while 13 states have no protections in place.

Ken Ham, in his article reporting on the rising acceptance of infanticide in Europe, explained that as “our culture fights for the right to end lives,” it is the duty of the people of God to “stand on the authority of his Word” and stand for the sanctity of life:

As shocking and horrifying as this may seem, it is the next logical step in a secular society that increasingly devalues life—with man acting as his own god (the temptation the devil gave in Genesis 3:5). After all, what is the difference between a baby in the womb and one that was just passed through the birth canal? Nothing, except location. If you can kill a baby in the womb moments before birth (as many people including prominent politicians support, particularly if that baby has a disability), why allow that child to live after it has exited the womb? There is no difference in their minds. These doctors are just taking their worldview (a worldview of death!) to its logical conclusion. And why stop at a newborn? Why not a toddler, a teenager, or an adult? (And we’ve already seen this with cases regarding euthanasia in Europe.) It’s truly a culture of death!

In 2 Timothy Chapter 3, the apostle Paul describes what the character of mankind would be like in the last days. These characteristics would serve as a sign that Jesus’ return is fast approaching. Among this list is a “Loss of Natural Affection”: