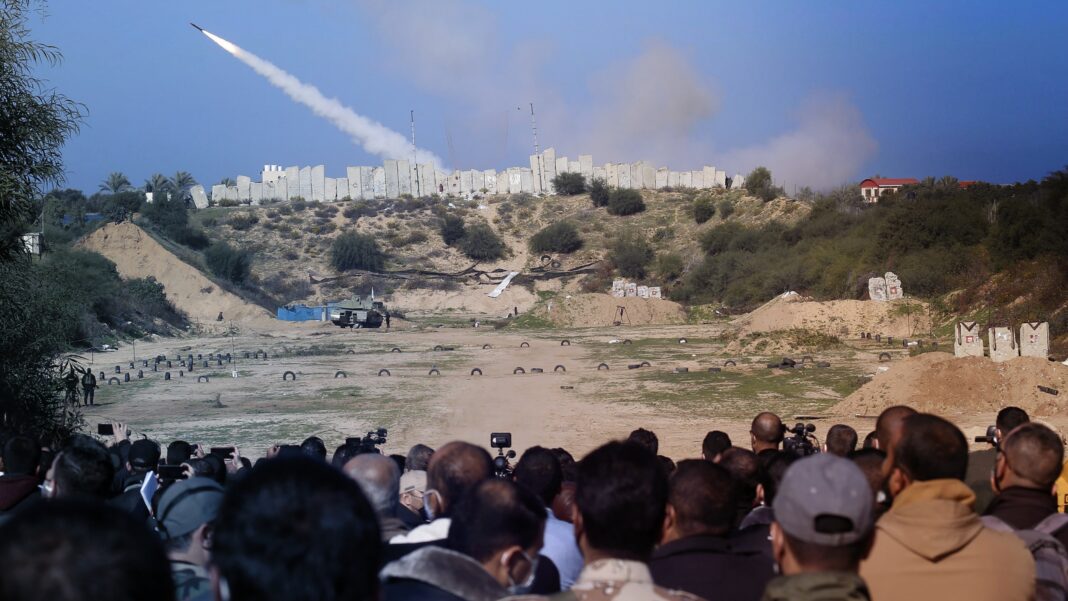 The joint exercise held on Tuesday by several armed groups in the Gaza Strip shows that Palestinian factions in the Hamas-ruled enclave are seeking to establish a regular army, Palestinian sources said.

According to the sources, the drill was the first joint military exercise launched by the armed wings of Hamas, Palestinian Islamic Jihad (PIJ) and other local groups.

“The Palestinian resistance groups today proved that they are not different from a regular army,” the sources said. “When they announce the new army, it will be called the National Army for the Liberation of Palestine.”

Hundreds of gunmen participated in the land, air, and sea exercise. During the drill, the gunmen fired missiles towards the sea and piloted drones over the Gaza Strip.

In the past, Hamas’s armed wing, Izzadin al-Qassam Brigades, carried out its own exercises in the Strip.

The drill began with an announcement by Abu Hamza, spokesman for PIJ’s armed wing, the al-Quds Brigades, who said that the “defensive exercise affirmed our readiness to defend our people.”

The Gaza-based terror groups, Abu Hamza said, are ready to engage in any battle to defend our people and land. “We won’t allow the enemy to prey on our people and our weapons are ready,” he added.

“The leadership of the occupation needs to realize that another adventure against our people will be met with full force and unity, accompanied by many surprises. The armed groups are today stronger and more capable of confronting and deterring the enemy. We won’t allow the enemy to impose rules of engagement on us.”

He also strongly condemned the recent normalization agreements between Israel and some Arab countries, saying “those who establish relations with ‘the occupation’ will end up in the dustbin of history.”

Ismail Radwan, a senior Hamas official, said the drill was aimed at sending a message to Israel not to launch another military strike on the Gaza Strip.

Addressing the Arab countries that reached normalization agreements with Israel, the Hamas official said: “Despite your normalization, the difficult situation and the siege imposed on the Gaza Strip, we are on the path of liberation and martyrdom.”