At least eight people were shot dead in the German city of Hanau, located near Frankfurt, on Wednesday night.

They then drove to the neighborhood of Kesselstadt and opened fire at the second shisha bar, where five people died.

Authorities are currently looking for the suspects, who are said to have fled the scene.

The motive for the incident is not yet clear.

Germany has been on a high level of alert due to a series of terrorist attacks in the country in recent years, including a 2016 attack on a Christian market in Berling in which 12 people were killed by an Islamic State (ISIS) terrorist who rammed into a crowd of civilians.

In January, six people were killed and another two wounded in a shooting in the southwestern German town of Rot am See. Police said they believed that incident was “family drama” and not an act of terrorism. 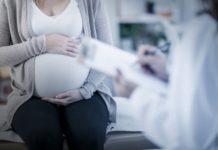 Source - August 3, 2020
Muslims warned Christians to stop evangelizing, when they would not, radical Muslims beat & drowned a 25-year-old Pastor and a 22-year-old church member.

Dead or Not Dead: Apparently, It’s Depends On If They Need...

Pastor JD Farag - August 3, 2020
JD explains how God can take ordinary people and do extraordinary things for His Kingdom especially in light of all that’s happening in the world today.